Sicily is a Mediterranean paradise, where beauty, culture and history converge — a magical land forged by the mercurial Mount Etna, one of the world’s most active volcanoes. Etna’s dominating presence metaphorically divides the island into an idyllic east and a bustling west. It’s the volcano’s mythology and volatility that make Sicily the perfect setting for the latest season of HBO’s “The White Lotus” as the ultrarich get scammed, hide affairs, face existential dread — and, as we theorized all season — kill.

Death aside, if this season has inspired you to plan your own Italian holiday, we’ve gathered the real-life ‘White Lotus’ locations — plus, all the sights guests missed while stabbing each other in the back.

Tanya, her assistant Portia and the rest of the tormented White Lotus guests disembark in Taormina, the coastal hilltown so close to Mount Etna that the Greeks made it a backdrop for their Teatro Greco, an ancient theater. The subsequent centuries bequeathed Roman, medieval and Baroque architecture to create a postcard-perfect destination, including San Domenico Palace, the Four Seasons’ hotel that serves as The White Lotus.

Perched on the cliffs overlooking the Ionian Sea, San Domenico Palace was formerly a 14th century convent. It’s as luxurious as you see in the small screen — 111 rooms and suites, panoramic views, courtyards and gardens with old-world charm.

7 Italy vacations for every travel style

The hotel’s white-tablecloth restaurant is a nightly backdrop in the show — so much so that it makes you wonder why guests aren’t out experiencing the rest of Sicily’s dining scene. Even Cameron points out one episode: “I don’t know why they keep giving us these menus. We know it back to front by now.” But at least it’s not the average flavorless hotel restaurant; it’s the Michelin-starred Principe Cerami with Sicily-inspired dishes and a view. The guests can also be seen at Anciovi, San Domenico Palace’s pool and terrace restaurant. La Cambusa, a beachside restaurant and bar in nearby Giardini Naxos, is used as The White Lotus beach club.

Then there’s Bar and Chiostro, the piano bar in the show, which features a cocktail called the Gelosia e Mandolino — inspired by Elizabeth Taylor and Richard Burton’s famous explosive fight at the hotel.

But the guests are missing out on nearby gems by only dining at the hotel: the Michelin-starred Otto Geleng at the Grand Hotel Timeo, beachside La Capinera and the quaint Tischi Toschi.

With about 922 miles of coastline, it’s no wonder that the beach plays a supporting role in the show. Some of eastern Sicily’s most picturesque beaches are just off Taormina, like Isola Bella, a tiny island connected to the mainland by a narrow path where we see Daphne and Ethan walking in the finale. Some of the beach scenes, however, were filmed in the sandier Cefalu, which is located in northern Sicily. There are also small coastal towns to explore that dot Sicily’s coastline, such as Letojanni, Furci Siculo and Giarre.

In Episode 3, Albie, Bert and Dominic make an excursion to Fiumefreddo di Sicilia to the palatial Castello degli Schiavi villa — the famed “Godfather” home and hideout for Michael Corleone where his first wife, Apollonia, is killed. Meanwhile, just north of Taormina is the tiny village Savoca, where the granita di limone — a frozen lemon treat — at Bar Vitelli is divine, and the backdrop is a step back in time. This is where Michael first laid eyes on Apollonia.

The altitude, intense sunlight and notable temperature differentials make Etna the place for winemaking. Take a tip from Harper, Ethan, Cameron and Daphne (minus the awkward tension) and go to Passopisciaro for a day of wine tasting at Planeta’s Feudo di Mezzo, an estate on Etna’s northern slope.

“Etna is an inimitable terroir unique to the world,” Vito Planeta, head of Planeta’s cultural projects, said in an email. “Remarkable temperature ranges, mineral-rich volcanic soils, a mountain viticulture with great personality and a concentration of beauty, nature and landscape.”

For thrill-seekers and volcano-hunters, head to Nicolosi, a small town on the southern slope. Go Etna organizes guided volcano excursions in off-roading vehicles and trekking excursions where you’ll step into a landscape of fumaroles and craters.

While the Sicilian coast is gorgeous, inland is worth exploring, especially the Val di Noto in southeastern Sicily. Of the eight towns, top of the list are Noto, Modica and Ragusa, a triumvirate of Sicilian Baroque. Each city feels like a fairy tale, with ornate cathedrals and palaces of yellow sandstone.

On Daphne and Harper’s trip to Noto, they take in the architecture, but miss out on foodie landmark Caffe Sicilia, where chef Corrado Assenza creates Sicilian cassate (a traditional cake) and cannoli. Just outside of Noto is Villa Elena, interior designer Jacques Garcia’s home, which is the scene for Quentin’s villa in Palermo in later episodes.

Pop over to Modica, a city built into a gorge with labyrinthine streets and stairwells that connect its alta (high) and bassa (low) neighborhoods. Modica is the epicenter for Sicily’s chocolate-making; Cioccolato di Modica is an IGP (protected geographical indication) product whose history stems back to centuries-old Spanish techniques. For a taste, head to Antica Dolceria Bonajuto, where they’ve spent more than 100 years making chocolate bars and confections.

In southeast Italy, this pastry is king

Like Modica, Ragusa is a divided town: Ragusa Superiore (upper) and Ragusa Ibla (lower). The ancient Ibla has a magical maze of churches, palaces and narrow streets, and it boasts Michelin-starred Duomo and Locanda Don Serafino. But most importantly is Cantunera, the corner shop where chef Sandro Pace serves his award-winning fried rice balls, known as arancini, which he says are best enjoyed “in bites.”

Though located more eastern, Etna is the great divide for Sicily. “Eastern Sicily has a personality that reflects the energy of Etna — tenacity and determination. Palermitani are perhaps more easygoing,” says Agata Polizzi, an art historian and Palermo native. “Remember we didn’t grow up under an active volcano but instead, for centuries, Palermo was the capital of the Kingdom of Two Sicilies and has always been the center of culture.”

Palermo is bustling, beautiful and a completely different vibe from the small coastal and hill towns. Located in the northwest of Sicily, port city has opened its doors to everyone since its foundation, which shaped Sicilian history, architecture and culture from the Phoenicians to contemporary artists.

The old city center is Sicilian decadence with remnants of palaces and centuries-old street markets while its outskirts calm down with promenades and beaches. We only get a brief glimpse of the city when Portia and Jack dine-and-dash on arancini. But there’s much more to explore.

Just southwest of the city is Monreale and UNESCO World Heritage site Cattedrale di Monreale, which is decorated with Byzantine-style mosaics. On the way to Monreale is Villa Tasca, which is used as the Noto villa where Daphne and Harper spent the night.

Wed Dec 14 , 2022
The outgoing Shell (LON: SHEL) chief executive Ben van Beurden has said “I don’t have a plan” for his time after leaving the oil giant in an exit interview. “I want to play golf. I want to travel a bit more, have a lot more quality time with the family,” […] 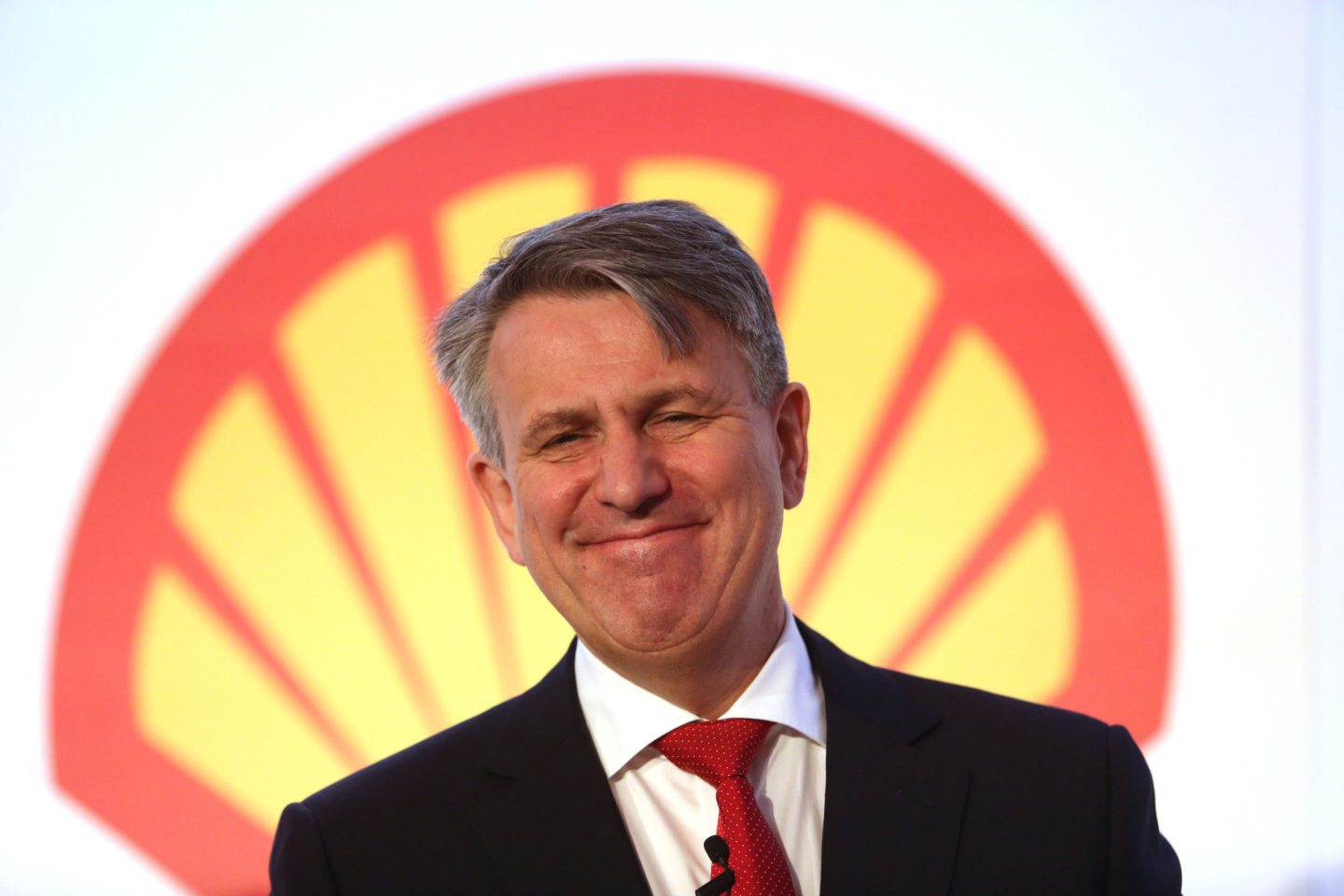