The Lafayette Hotel in San Diego’s trendy North Park district wants you, and it isn’t afraid to appeal to your sense of nostalgia. It is one of many new hotel projects vying for your booking this summer.

Pay no heed to the swimming pool designed by Olympic medalist and Tarzan actor Johnny Weissmuller. And ignore the pictures of the hotel’s founder hobnobbing with Hollywood stars such as Ava Gardner and Bob Hope.

On a recent afternoon, the hotel’s general manager, Dieter Hissin, led me downstairs, past the hotel’s signature attractions, and into an aging ballroom. “This is where they filmed the scene in the movie ‘Top Gun,’ ” he explains. “You know, where Tom Cruise sings ‘You’ve Lost That Loving Feeling’ to Kelly McGillis.”

The Lafayette, which is in the middle of a top-to-bottom renovation, is restoring the bar just in time for the release of a “Top Gun” sequel in May. Hissin says the timing is right to bring ’80s-loving tourists back to the Lafayette.

He’s not the only hotel general manager wondering how to get travelers back.

“Hotels are getting creative,” says Jennifer Dohm, a spokesperson for Hotels.com. As resorts look to the summer travel season, they are adding new room experiences, introducing promotional rates and waiving fees.

There’s a reason for the creativity: The past two years have been difficult for hotels, with many travelers opting for staycations and vacation rentals over more traditional accommodations. Hotels that cater to corporate travelers have suffered the most and are looking to 2022 as a way to fast-track their recovery.

“For hotels, marketing promotions are a tried-and-true way of attracting guests,” says Amanda Belarmino, an assistant professor at the University of Nevada at Las Vegas. “Many hotels used the closures as an opportunity to renovate their properties, and many of these properties are seeing benefits from these changes.”

The folks in marketing know they can’t turn you into a guest without first getting your attention. If a new look, attraction or amenity will do it, then they’re willing to try.

The Fairmont Century Plaza in Los Angeles last year unveiled recent renovations, which cost $2.5 billion. Everything at the Fairmont, except maybe the modernist facade, is new. It cut the number of rooms roughly in half, to 400, added a new spa, and opened Lumière Brasserie, a French restaurant. The hotel’s owners hope to turn it into the hottest property in L.A. as the pandemic wanes, and they’re looking at this summer as an opportunity to recapture its glory days. That’s a tall order, but a few billion dollars definitely puts the Fairmont in contention.

The ​​Hamilton Princess Hotel & Beach Club in Bermuda has traditionally seen itself as an oasis for culture-seeking travelers; it features about 300 original works of art from artists including Andy Warhol, Roy Lichtenstein and Pablo Picasso. Last year, the hotel kicked it up a notch, offering an art-inspired package that includes a private tour of the hotel’s collection, plus art-inspired amenities and passes to the Bermuda National Gallery. Executives hope those packages will inspire more visitors as travel picks up.

CitizenM, the Netherlands-based boutique hotel chain that opened its first Los Angeles property Aug. 23, hired a curator to add original art to its rooms and marked its opening with an exhibit by local photographer Corinne Schiavone, whose images appeared on the hotel’s facade. Not to be outdone, the hypermodern Dream Hollywood hotel, in conjunction with the Crypt Gallery, unveiled an NFT (non-fungible token) art gallery in August — the hotel has a massive wall of screens in its lobby — featuring works from some of Los Angeles’s top digital artists.

Other properties looking to increase their appeal are looking backward rather than forward. Late last year, the Alexandrian, a luxury hotel in Alexandria, Va., introduced a package that allows guests to book an evening in its Carlyle Suite and get treated like 1920s royalty. There’s a car with a private driver, monogrammed bathrobes, and sparkling wine on ice. There’s also a VIP dining experience in the Cocktail Garden with a custom tasting menu from its on-site restaurant, King & Rye. Rates start at $5,000 a night.

Will these gambits work? Maybe, maybe not.

In the end, good customer service is the bottom line for hotels, whatever novelties they offer returning travelers. Guests such as Kristen Bello have noticed some changes in their hotel experiences, such as improved cleaning protocols and countless promises to keep rooms “covid clean.” But that’s about it, says the retired teacher from Raleigh, N.C.

“I haven’t seen anything that would make me think that hotels are trying to gain my business — yet,” she says.

Hotels know they can’t just offer a glitzy weekend package and expect travelers such as Bello to overlook bad service. We’re about to find out if all the effort was worth it.

Potential travelers should take local and national public health directives regarding the pandemic into consideration before planning any trips. Travel health notice information can be found on the Centers for Disease Control and Prevention’s interactive map showing travel recommendations by destination and the CDC’s travel health notice webpage.

Sun Apr 10 , 2022
Ashley Tisdale put her svelte physique on full display as she enjoyed a vacation in Mexico with her husband Chris French.  The 36-year-old actress shared a mirror selfie to her Instagram Story in which she donned a black bikini while standing in front of a closet.  The High School Musical […] 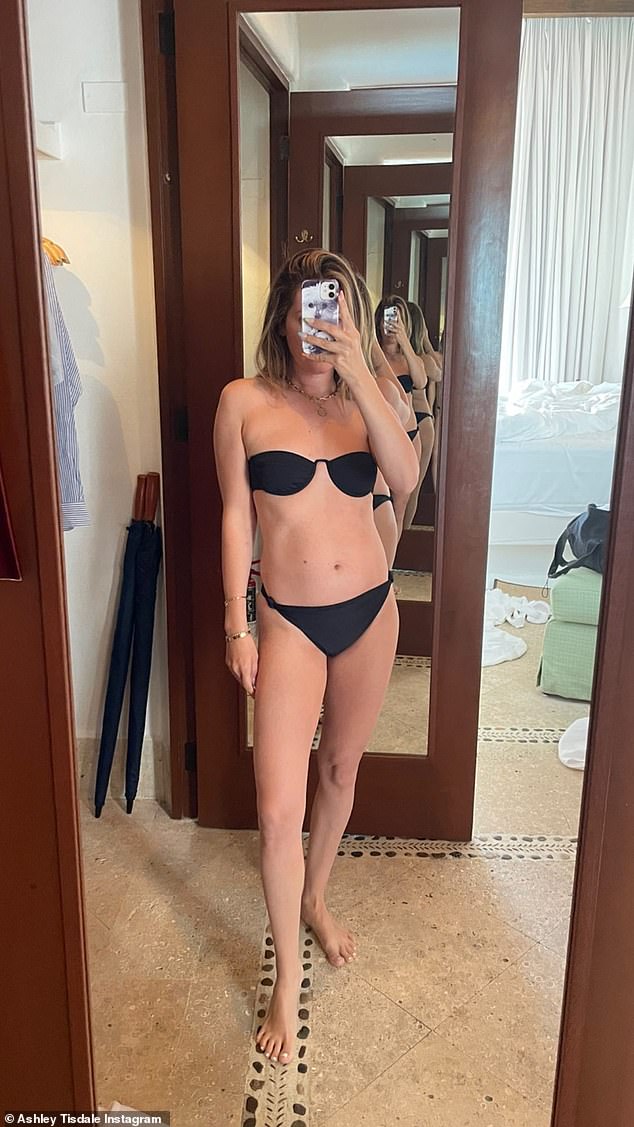