Tripadvisor CEO Steve Kaufer said Tripadvisor is “uniquely positioned as the world opens up again.” Actually it isn’t, as the company’s first quarter performance shows. Yes, Tripadvisor has world-class traffic, and growing experiences and dining businesses, but it totally missed out on the short-term rental opportunity.

While the recovery of Tripadvisor’s core hotel business lagged the accommodations recovery at rivals Airbnb, Booking Holdings and Expedia Group, Tripadvisor’s experiences and dining segment was a bright spot.

Tripadvisor’s hotels, media and platform segment grew 82 percent to $160 million in the first quarter compared to the same period in 2021, but that $160 million was just 63 percent of its 2019 mark.

In comparison to Tripadvisor competitors, Expedia Group saw its lodging bookings, including hotels and its Vrbo vacation rental brand, reach 89 percent of 2019 levels in the first quarter of 2022.

Similarly, Booking Holdings’ accommodations business, including what it calls alternative accommodations and hotels, in the first three months of 2022 was back up to 91 percent of the 2019 level.

Airbnb’s gross nights booked, which are primarily short-term levels, led the pack in the first quarter of 2022 with a mark that was 32 percent higher than the first three months of 2019.

Chief Financial Officer Ernst Teunissen told analysts Thursday that the performance of Tripadvisor’s hotels, media and platform segment in the first quarter was “below the pace of general hotel recovery.”

These comparisons among the four corporations are apples to grapefruits in nature.

Teunissen said Tripadvisor’s hotels, media and platform business is primarily directed toward hotels — in the metasearch auction, in business subscriptions and display advertising — while rivals’ accommodations businesses are a mix of hotels and short-term rentals.

One of the factors behind Tripadvisor’s lagging performance in the hotel arena — that segment accounts for 61 percent of total revenue — is that the company is rebuilding its sales force, he said.

But Teunissen and CEO Steve Kaufer, who participated in his final earnings call at Tripadvisor Thursday, were bullish about the company’s experiences and dining segment, which is the company’s fastest growing area.

In other news, Teunissen said work is continuing on potentially spinning out Viator in a sub-IPO although the IPO market has been “choppy” of late. The company is also considering ways to better monetize its dining reservations platform, TheFork.

When asked about why Tripadvisor appointed Matt Goldberg to succeed Kaufer as CEO starting in July, Kaufer said Goldberg’s broad experience in business development, strategy, and mergers and acquisitions, and heading a company such as Lonely Planet, were instrumental in his hiring.

“I felt Matt’s ability to see the whole picture was actually more valuable than a star player or an “A” player that had either done just sales or just products,” Kaufer said.

Asked why there had been no mention of the company’s evolving Tripadvisor Plus subscription product in the first quarter shareholders letter, Kaufer said the company previously got ahead of itself in bullish predictions about Tripadvisor Plus and would henceforth await actual results. He said both up-front discounts as well as cash-back options were under consideration.

Kaufer said Tripadvisor Plus “absolutely remains a focus for us.”

Fri May 13 , 2022
Travel 11 May, 2022 04:00 AM3 minutes to read Waiheke’s Moana Vista cottage is a romantic getaway where the view is the star. Photo / Airbnb Stephanie Holmes stays at Moana Vista Cottage, a cute and cosy Airbnb in Waiheke’s Oneroa. Location: Queen’s Drive, on the hill overlooking Oneroa and […] 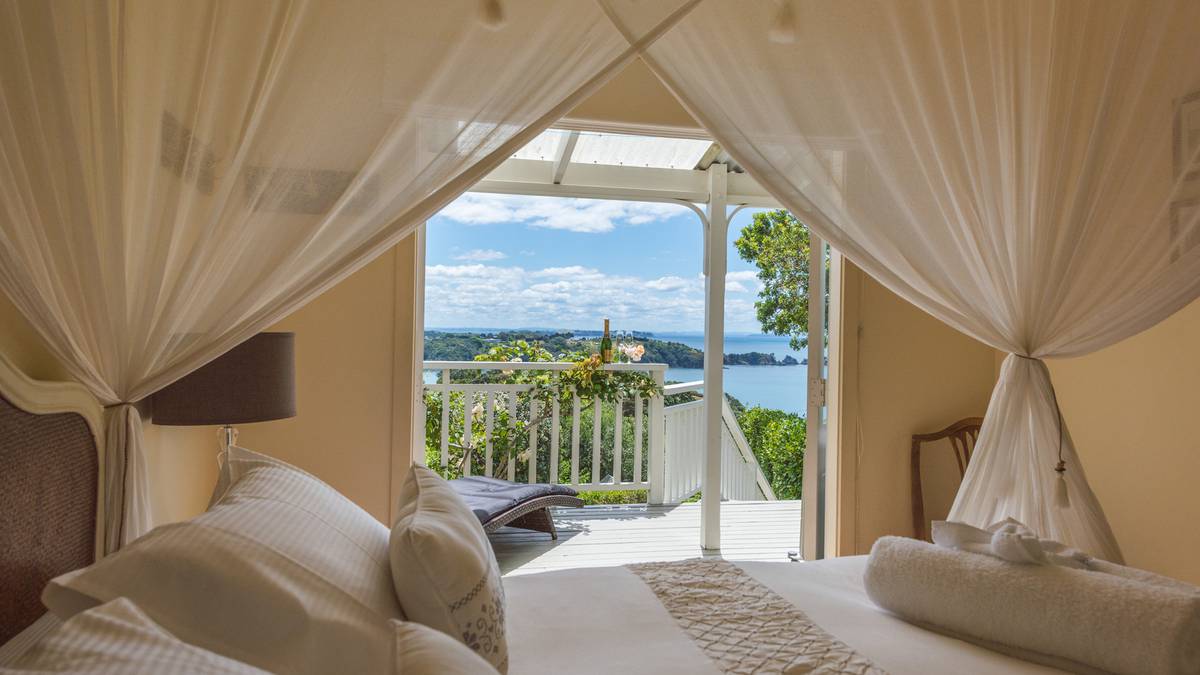