NEOSHO, Mo. — The struggle over approving a grant for an annual basketball tournament has the Neosho City Council taking a fresh look at how it spends revenue from its hotel-motel tax.

Future expenditures could be prioritized toward events that have the potential to generate more regular visits to the city, according to council members. Though no vote was taken, council members on April 5 generally agreed with the principle and vowed to formalize it in the budget for the next fiscal year, which begins Oct. 1.

That direction may lead to some unintended comparisons between organizers pursuing money for future events.

“If you read the actual chapter and verse in Neosho’s books, the tax doesn’t say anything about an event being around a certain number of years,” said Justin Branham, president of Branco Enterprises. “It should be made to the most appropriate use of the funds.”

The tax was established by Neosho voters in 2006. The city assesses a 4% tax on anyone seeking sleeping accommodations at a hotel, motel or tourist court, according to the city’s code of ordinances.

The code offers plenty of leeway on how that money can be spent, as long as it is connected to expenditures that “publicize, advertise and promote tourism and conventions, lodging and other related activities in the city.”

Of about $80,000 in revenues budgeted for the city’s current fiscal year, expenditures include a marketing agreement with the Neosho Area Chamber of Commerce worth about $20,000, $15,000 for management of city-run events and advertising on area billboards.

The expenditures also include grants to area groups putting on events that draw people to the city. Recipients of funds this year, decided before the budget was approved last September, include the Neosho Arts Council for its ArtCon event and the Neosho Disc Golf Club for its Little Big Show Disc Golf Tournament.

That list included a $15,000 grant for an annual basketball tournament — until November, when council members pulled it off the table.

A proposal to give revenues of the tax to Branco Construction Enterprises for its Neosho Holiday Classic has been a regular discussion item on almost every council agenda since the middle of November. Since Nov. 16, the issue has struggled to get four votes over two meetings.

Council members voiced criticisms that Branco invested too much money in Joplin and not enough in Neosho by accommodating the tournament’s teams in Joplin hotels. After months of discussions, council members on Tuesday gave unanimous initial approval to a reduced grant of $7,500. The measure needs another vote before the expenditure is authorized.

Council members felt on April 5 that the basketball tournament, established in 1954, has become self-sustaining and is not in need of extra development, while newer events, such as ArtCon and the disc golf tournament, could benefit more from the city’s funding.

“The classic has gone on for years and years, and it should be self-sustaining,” said Tyler DeWitt, then a council member and now mayor, on April 5. “I think that our funds are best served bringing new events to town and supporting new ideas, growing the community that way.”

Branham has attended several of those meetings to address concerns. In March he reported that the company spent $79,737.14 to produce the event in December. Of that, $43,911.34 was spent locally for food, workers, T-shirts, travel expenses, broadcasting and lodging for players.

The company received $40,186.38 in sponsorships and ticket sales, he said. Revenue from sales of concessions is collected by Neosho student organizations that staff the stands.

Although the tournament tries to spend money with local businesses as much as possible, it can be difficult finding hotels in Neosho that meet the tournament’s needs, Branham said. The tournament books rooms in blocks, separating boys from girls, he said. Security concerns voiced last year led the tournament’s organizers to use Joplin hotels completely, he said.

The rejection of the grant shocked Branham.

“The city supported a good thing for 10 years, so why it didn’t support an 11th year makes no sense to me,” Branham said. “We see this as an economic impact driver for the city.”

In discussions about the basketball tournament, the council championed the efforts of the Neosho Disc Golf Club and its leader, Frank Hebert. In 2021, the council allocated $4,786 to the group from money originally budgeted to Branco for the 2020 tournament — that year’s Classic was scaled back because of the pandemic. That money was used to expand the disc golf event from one to two days, and enabled organizers to award bigger cash prizes for winners.

Hebert said that grant was critical for the expansion.

“We had our largest field of players we have ever had, 159,” Hebert said. “Usually the first time a tournament goes to two days, they lose players. Disc golfers are frugal people and won’t travel unless there is value.”

Council members noted that while attendees of the basketball tournament were financially active during their stay, those out-of-state attendees don’t return to Neosho like the participants of the disc golf tournament.

Council members stressed during the April 5 discussion that organizers interested in receiving money from the hotel-motel tax for the upcoming 2023 fiscal year must make their cases before the city concludes its budget procedure. According to the city code, city staff members must present to the council a list of recommended expenditures for the tax revenues by Aug. 31 of each year.

“My goal is not to compete with anyone or take money from anyone,” Hebert said. “Just to improve our offerings the best way I know how, and disc golf is what I have knowledge about and a passion for.”

Branham said the tournament will continue regardless of how much it receives from the city. He said the roster of teams for 2022’s tournament is nearly set.

“We have a great event that is good for the city, its students and its schools,” Branham said. “It is rooted in tradition, and we are going to continue to do it. If the city does not want to be a part of it, that’s fine, because we’ll keep running this the right way, and let the chips fall where they may.”

What If You Could Book A Beach Vacation Based On Your Mood?

Fri Apr 29 , 2022
A photograph of the small town of Playa Hermosa, Guanacaste, Costa Rica, in Central America. Over … [+] looking the Golfo Papagayo and the Pacific Ocean getty In most scenarios, when you’re looking for a beach vacation, you start by researching destinations. But what if there were a way to […] 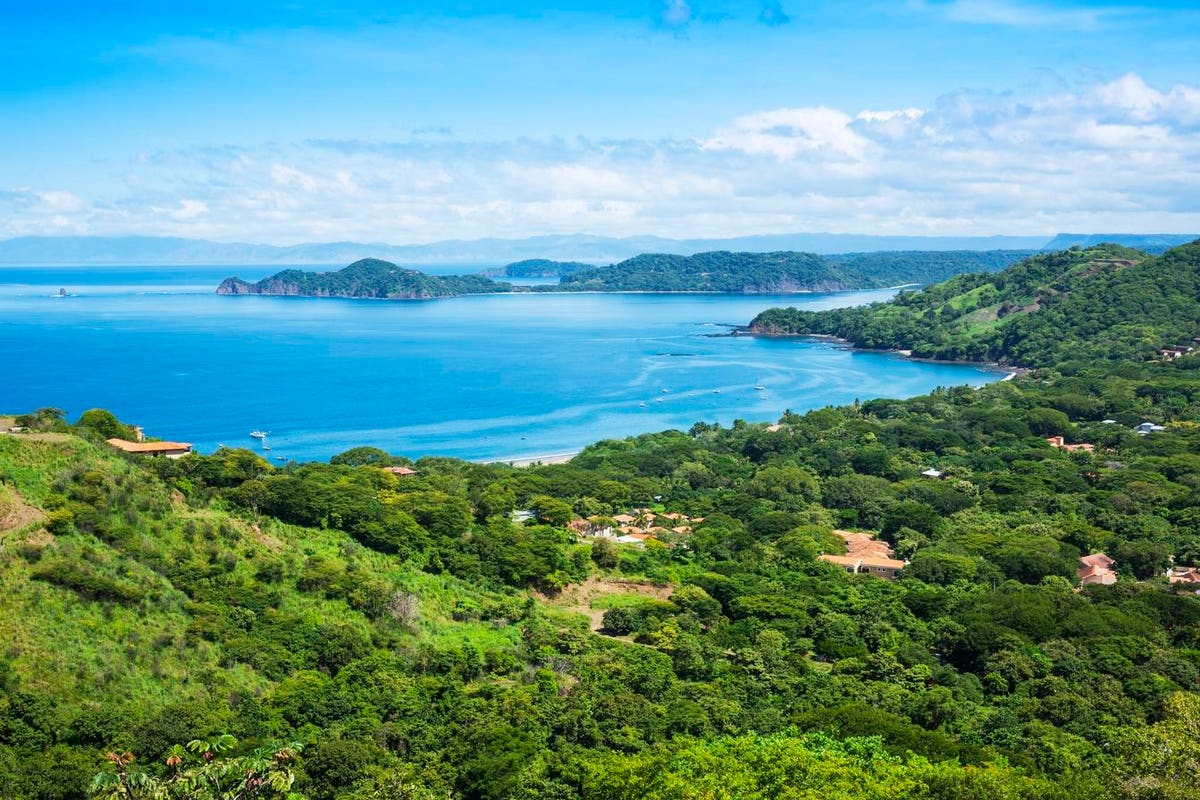