NASSAU, Bahamas — Augusta National has not said if it intends to keep the same criteria for its field, which includes the top 50 in the world at the end of the year. Sometimes no news is good news, especially for a small group of LIV Golf players.

Talor Gooch was No. 35 when he signed with the Saudi-backed rival league and now is No. 41, a product of his fourth-place finish in the BMW PGA Championship at Wentworth. He will finish the year in the top 50.

According to an OWGR specialist who goes only by “Nosferatu” on Twitter, Louis Oosthuizen (No. 52) and Dean Burmester (No. 57) might still have an outside chance to get back into the top 50 by the end of 2022 because they are playing in South Africa. Both are in the Alfred Dunhill Championship this week, while Burmester is listed in the field for the Mauritius Open the following week.

The world ranking switched to a new model in August. Instead of rating the top 200 players in the world who are playing, it rates everyone in the field using the “strokes gained” formula, which measures actual scores and adjusts for relative difficulty of each round.

That has nothing to do with how much players drop in the ranking without getting points, such as those with LIV Golf. The drop would be similar under both models. Points earned are not as much as they were in the old system, which at times can keep players from making greater gains.

Brooks Koepka is projected to fall out of the top 50 for the first time in more than eight years. Provided the criteria is unchanged, he would be eligible for the Masters for two more years from his 2019 victory in the PGA Championship.

Oosthuizen, however, needs a good week in Johannesburg. He has not missed the Masters since 2008.

Speculation that Augusta National would extend the par-5 13th hole known as “Azalea” was confirmed when “Eureka Earth” on Twitter posted an aerial view that shows the tee moved back some 35 yards.

It was further confirmed by Tony Finau, who played 36 holes during a two-day visit to the home of the Masters last month.

Finau said he rarely hit more than a 7-iron for his second shot after a reasonable drive. That much has changed, but he felt the character of how the hole plays has not.

“I hit 4-iron the first time and 3-iron the second day,” Finau said.

The course is soft and long in the late fall and winter. Once it dries out for the first full week in April, Finau believes the big hitters will be hitting two clubs less.

“I don’t mind it for me,” he said. “I used to struggle with that tee shot. I like hitting driver, but I have to take it over the corner. Now I can hit it straight and it’s not going to go in the pine straw (through the fairway on the right).

The club has not publicly announced changes ahead of the next Masters. The hole played 510 yards. Finau said he looked at the yardage plate on the tee and it was 545.

The last significant change to the hole was ahead of the 2022 Masters when the tee was moved back 25 yards.

Historically, the 13th hole plays as the easiest for the Masters.

Alignment between golf tours worldwide — with the exception of LIV Golf — keeps coming into view. The latest example was a decision to award the leading three players from the Japan Golf Tour money list membership on the European tour for the following season.

The next stop would be the PGA Tour, because the leading 10 players on the European tour’s points list earn cards on the U.S. tour.

The Japan Golf Tour also will work with the two other tours on key business areas. That includes the European tour co-sanctioning its first tournament in Japan next year, the ISPS Handa Championship on April 20-23.

“Japan has a long, storied history of producing world-class golf talent that deserves the opportunity to compete on the game’s highest stage, and (this) announcement is recognition of that,” PGA Tour Commissioner Jay Monahan said.

Monahan said 25 players have won on the PGA Tour and Japan Golf Tour over the last 30 years. That includes Isao Aoki, the chairman of the Japan tour, and more famously Masters champion Hideki Matsuyama. It also includes Tiger Woods.

The Sentry Tournament of Champions at Kapalua expanded its field this year to include PGA Tour winners and anyone finishing in the top 30 on the final FedEx Cup points list.

Shane Lowry missed by one spot going to East Lake for the Tour Championship. But when Cameron Smith and Joaquin Niemann bolted for LIV Golf, that created spots for two more players.

But Lowry won’t be making his first trip to Hawaii.

“I’m in Ireland for Christmas,” he said. “It’s very early in the year and I need some practice before I play, and I’m not going to have that at home.”

The travel is not appealing, especially the thought of going Ireland to Maui, and then Maui to Abu Dhabi for the Hero Cup.

“It’s actually easier to get from Ireland to Australia than it is to Hawaii,” he said.

He also didn’t play at Kapalua after winning the the World Golf Championship at Firestone in 2015 or the British Open in 2019. It’s all about time off, advice he took from Padraig Harrington.

“I decided at the start of my career I’m always going to take a winter break, and it’s worked pretty well for me,” Lowry said. “It creates a hunger to go practice and compete. I need those four weeks — only four this year; it’s usually more — to refresh myself.”

Seve Ballesteros, Bernhard Langer and Peter Thomson have won the national Opens in nine countries, which would be a lofty target.

But it’s not the ultimate target.

Turns out the late Roberto de Vicenzo won the national Open of 15 countries, starting with his lone major in the 1967 British Open at Hoylake. De Vicenzo won Opens in six European countries, eight in Latin America and Jamaica.

More than two dozen national Opens are on the schedule of main tours.

Michael Herrera, who has won each of the last two seasons on the Advocates Professional Golf Association, has been awarded a sponsor exemption to the Farmers Insurance Open in January. The exemption is part of Farmers’ support of the APGA. Herrera grew up in nearby Moreno Valley, California, and attended the Torrey Pines event as a fan. … The USGA typically asked its U.S. Open champion to donate a club meaningful to the victory. Matt Fitzpatrick said he would send the 9-iron he used from the fairway bunker on the 18th hole at Brookline. “I’ll give them the real one, not a fake one,” he said with a laugh. … Scottie Scheffler missed out on a chance to return to No. 1 in the world, but his 30 weeks atop the ranking means he wins the Mark H. McCormack Award for most weeks at No. 1 in a calendar year. … The Korea LPGA Tour starts its season this week by playing in Singapore, the first time the tour has staged an event outside South Korea since it went to Vietnam four years ago.

Viktor Hovland has seven victories worldwide, three on the PGA Tour, in his 88 starts as a pro. He has yet to win on the U.S. mainland.

Thu Dec 8 , 2022
Tourism Ireland hosted a Canadian luxury trade familiarization trip to the island of Ireland earlier this month with nine high-profile travel trade partners. The trip also gave businesses in Ireland a chance to showcase their luxury product offering and ensure they are included in Ireland programming for 2023. The all-island trip […] 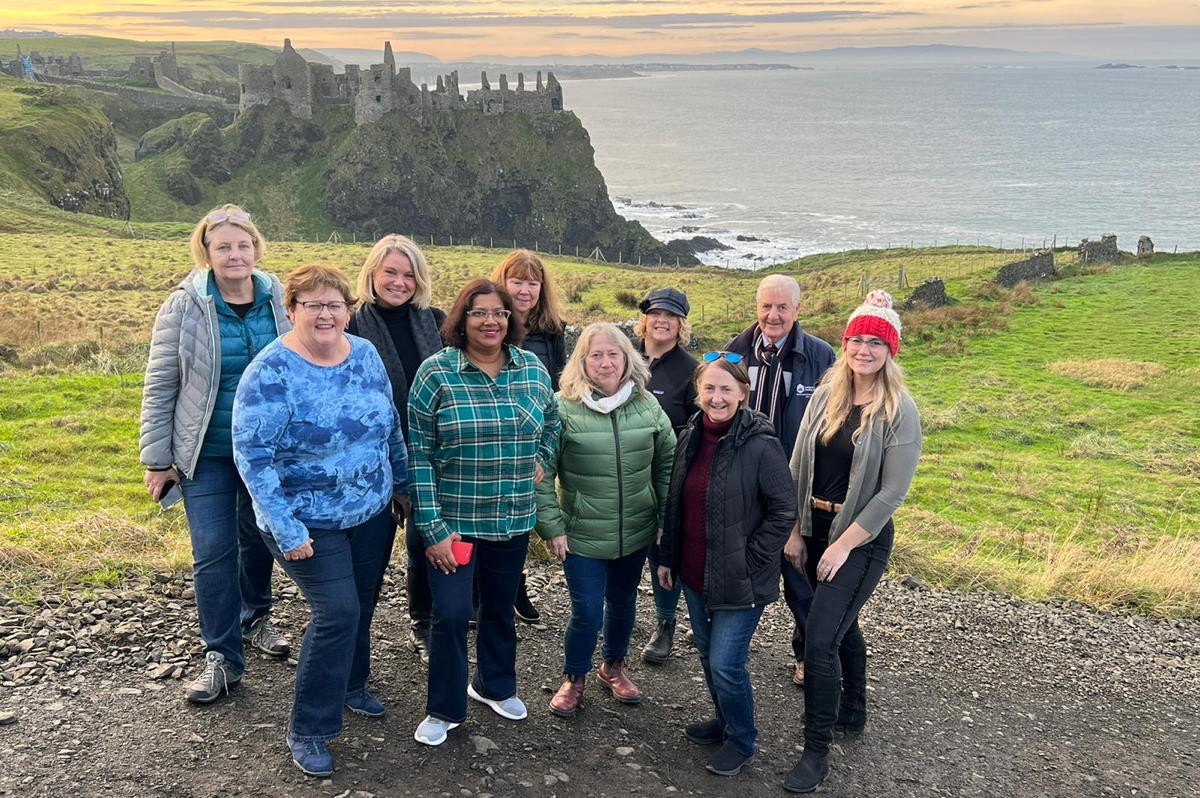