The “Orient Express” has been called the “king of trains” and the “train of kings.”

Royalty, writers, actors and spies have ridden the original route between Paris and Istanbul, which started in the late 19th century.

Author Agatha Christie described the Orient Express as “the train of my dreams.” She set a bestselling murder mystery novel on its carriages, and fictional spy James Bond rode it in the movie “From Russia With Love.”

Travelers might think of the Orient Express as a single luxurious train, but there have in fact been quite a few over the years, with many routes and owners.

Soon, people will be able to choose to take a ride on several trains using the Orient Express moniker, by two competing companies, the LVMH-owned luxury travel company Belmond and the French hospitality multinational Accor.

Both have original carriages which date to the late 1800s. But they differ in how they’re designed, where they travel and how long they’ve been in operation — one for decades and the other set to launch in 2024.

History behind the ‘Orient Express’

The original train was conceived by a young Belgian engineer named Georges Nagelmackers, who was inspired by the Pullman sleeper trains he rode during a trip to the United States in 1868.

Nagelmackers wanted to build something similar — but more luxurious — for upmarket passengers in Europe. In 1883, the “Train Express d’Orient” made its first journey out of the Gare de Strasbourg in Paris (now the Gare de l’Est) to Vienna.

The Venice Simplon-Orient-Express will launch eight new suites in June 2023.

A few years later, the train was renamed the Orient Express and began traveling to Istanbul, then known as Constantinople. Travelers flocked to the train’s modern technology and luxurious silver cutlery and silk sheets.

Soon, Nagelmackers’ firm started to build more upscale trains for other European routes, including one that ran through the then-new Simplon Tunnel, which connects Switzerland to Italy, as well as the “Arlberg-Orient-Express,” operating between Calais, France, and Budapest, Hungary.

By the 1970s, the original Orient Express trains had made their last journeys, and the carriages fell into disrepair.

But in the 1980s, two businessmen undertook separate endeavors to revive them.

James Sherwood, an American, spent a reported $31 million acquiring and restoring enough carriages to form the “Venice Simplon-Orient-Express,” now owned by Belmond. (To add to the confusion, Sherwood also added hotels to his travel group, calling them Orient-Express Hotels. He renamed the company to Belmond in 2014.)

Swiss tour operator Albert Glatt began a service between Zurich and Istanbul, known as the “Nostalgie-Istanbul-Orient-Express,” which is now owned by Accor.

The “Venice Simplon-Orient-Express” has been operating since 1982. The train is made of original restored carriages that Gary Franklin, vice president of Belmond’s trains and cruises, called “works of art.”

“This train comes imbued with so much history,” he said. “The carriages are beautiful.”

As for Accor’s plans to launch a train also called the Orient Express,” Franklin said, “We’re the ones that have been doing it for 40 years, and I think we take it as a huge compliment that people are … seeing how well we’re doing with that.”

Belmond has a one-off licensing deal to use the Orient Express name on its Venice Simplon train, Franklin confirmed, while Accor has the rights to the brand as a whole.

The “Venice Simplon-Orient-Express” will operate winter journeys for the first time this December, visiting Paris, Venice, Vienna and Florence, encouraging guests to visit the Christmas markets in those cities.

And next June, new suites are opening on the train, which come with private bathrooms, a steward, kimonos and slippers.

A one-night journey will cost from £5,500 ($6,135) per person in the new suites, which are one step below the train’s most luxurious category — the Grand Suites — which come with private dining, heated floors and “free-flowing” champagne, according to the website.

A suite on the “Venice Simplon-Orient-Express.”

Tickets for around half of the new suites have already been bought, and Grand Suites (about $9,600 per night) are almost sold out, Franklin said.

A few years after Glatt put his train back on the rails, it was again left derelict.

Fast forward to 2015 and French rail company SNCF — which then owned the rights to the Orient Express name — commissioned researcher Arthur Mettetal to find the train.

“We had a beautiful brand, but no cars,” Guillaume de Saint Lager, now vice president of Orient Express at Accor, told CNBC. “We knew there was this complete train, but we didn’t know where it was.”

Using Google Maps and Google 3D, Mettetal located 17 of the original cars on the Poland-Belarus border.

Carriages from the “Nostalgie-Istanbul-Orient-Express,” found derelict on the Poland-Belarus border, are being restored by the French hotel group Accor.

The bar car on the “Nostalgie-Istanbul-Orient-Express” will feature a bar with a glass counter, a tribute to French designer Rene Lalique.

Much of the interior — including original marquetry, or decorated wood — was intact, said de Saint Lager.

A detailed restoration is now underway, with architect Maxime d’Angeac hired to design the interiors. His brief was to “have a kind of fantasy of what could be Art Deco,” d’Angeac told CNBC by phone. He said he had a significant collection of the train’s original drawings and models.

Original glass Lalique lamps, in the shape of a flower, will light the train’s corridors, while other original elements from the rediscovered train will also be incorporated, such as suitcase racks and door handles.

The bar car will feature call buttons for champagne and service, while the dining car will have a mirrored ceiling as well as a glass wall to the kitchen, so guests can see the chef.

Sleeping suites will feature leather walls, embroidered headboards and en suite marble bathrooms. De Saint Lager described it as a “cruise train,” where guests can alight at lesser-known places (routes and prices are yet to be announced).

Passengers will soon be able to stay at “Orient Express” hotels, too, the first of which will launch in Rome in 2024, according to Accor’s website.

Accor has more plans to use the Orient Express name. It’s also developing six “La Dolce Vita” trains that will run through 14 regions in Italy as well as neighboring countries, with aims to have 10 Orient Express hotels by 2030.

A rendering of the “Orient Express La Dolce Vita,” which will connect Rome to cities like Paris, Istanbul and Split.

These trains will pay tribute to an era different from the Venice Simplon or the Nostalgie-Istanbul trains.

“La Dolce Vita” — which translates as “the sweet life” — refers to Federico Fellini’s 1960 movie, as well as to a sense of Italian glamour and pleasure. The trains are designed to embody “the Italian art of living and all its beautiful traditions,” according to an online post by interiors company Dimorestudio, which is working on the project.

The trains will have 18 suites, 12 deluxe cabins and an “honour suite.” Most will leave from Rome’s Termini station, where passengers will have access to a lounge before departure, and will travel around 16,000 kilometers (about 10,000 miles) of railway lines, with stops at lesser-known Italian destinations.

A rendering of a bedroom suite on the “Orient Express La Dolce Vita,” showing the train’s 1960s-style decor.

Those trains are also set to be launched in 2024, according to a company representative.

What Is The Golf Monthly Team Buying This Black Friday? 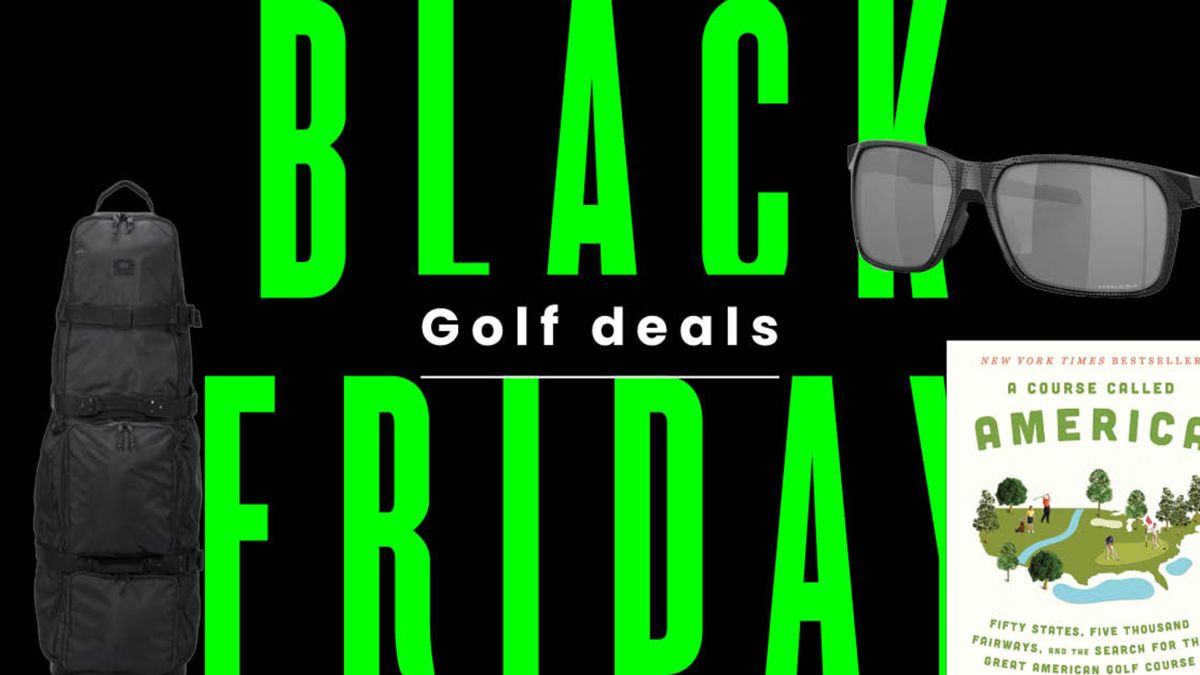