Sure, playing golf is great. But you know what else is pretty cool? Flying a helicopter full of golfers to their next tee time, like what Chris Shiel does.

Chris Shiel jokes there weren’t any helicopters where he grew up in “middle-of-nowhere Ireland” — his words — so naturally he flies his own chopper now.

And golfers are among the chief beneficiaries.

Shiel founded Executive Helicopters in 1997, and his Galway, Ireland-based company now offers a variety of services ranging from power-line patrols and load lifting to video-filming and firefighting. But the majority of the company’s business comes from charter services, and Shiel estimates about 70 percent of those are golf-trip bookings.

Why drive to your next golf adventure when you can fly there?

“There’s not much out there as a pilot that’s any better than what we do,” said Shiel, 50, who is the CEO and chief pilot of his business, which employs six other pilots. “Can’t do much better than this.”

Shiel grew up in the West of Ireland. He wanted to be a pilot from a young age, but was drawn to helicopters instead of planes because the latter just fly from airport to airport. With helicopters, and his current gig, Shiel goes everywhere — airports to hotels to golf courses to resorts and back again. And that’s just the golf side of things. A few years ago, Shiel helped film scenes for Star Wars on the dramatic Skellig Michael island off Ireland’s Southwest coast.

Helicopter-powered luxury golf travel isn’t as common in the States, but in Ireland and Scotland it’s big business. Golf tourism, or just tourism in general, is key to the local economics. There are several travel companies that employ experts to handle tee times, hotels and logistics for golfers. They also provide transit and luxury transportation. A helicopter transfer is luxe transport on steroids, and Executive Helicopters is one of a handful of companies that golfers can employ.

And why not? Groups plan their Irish and Scottish bucket-list golf experiences sometimes years in advance. That means it’s time to splurge, and a helicopter tour is the kind of add-on that takes a buddies’ trip from excellent to epic.

It’s convenient, too. Take Ballybunion (Old) and Lahinch (Old), which GOLF Magazine rank as the top two courses in Ireland, at 24th and 36th in the world, respectively. It’s a little over a two-hour drive from one to the other, which eats up precious links time on once-in-a-lifetime getaways that already fly by as it is. So, yeah, you could drive from Ballybunion to Lahinch — or you could chopper there in 20 minutes.

It ain’t cheap — a ride like that would cost roughly $550-600 a person roundtrip, and Shiel’s company has helicopters that can accommodate groups from four to 12. But it also isn’t a bad alternative. Ireland doesn’t have the freeway systems you see in the States. Some roads are tight and bumpy and the trips can take longer than expected. As Shiel explains, arriving by helicopter is all about comfort, maximizing time on the course and relaxing.

Oh, and the views are pretty great, too.

Of his clientele, Shiel says: “It varies from a normal everyday working person going to treat themselves on one of the days of a trip, or someone famous who uses it every day and goes to golf courses. It’s a variety of people from different backgrounds, and we get to bring them. They all love it.”

Shiel says his company has given rides to Guns N’ Roses, Metallica and Bono. This past summer his helicopters chauffeured some of the best golfers in the world at the JP McManus Pro-Am at Adare Manor, including Jordan Spieth, Scottie Scheffler and Rickie Fowler.

But Shiel doesn’t transport only the rich and famous, and that, he says, is the beauty of what he does: He’s on call for anyone who wants to make a bucket-list experience just a little bit more memorable.

Josh Berhow is the managing editor at GOLF.com. The Minnesota native graduated with a journalism degree from Minnesota State University in Mankato. You can reach him at [email protected] 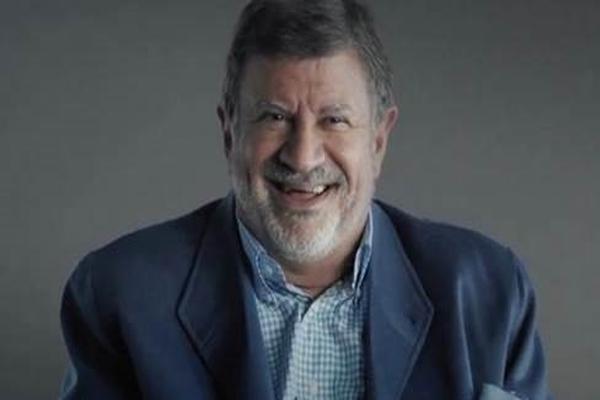