Over the past week I had the great privilege of flying to the US to join a study tour about the rise of China on the global economic stage.

The organizers brought together academics, journalists, politicians, economists, and other professionals from all over the world – from Zimbabwe to India to Mexico and everything in between – to exchange views about how China has transformed our respective economies and societies. We also talked to a great many US-based experts on Chinese economics and politics.

One of the first things that struck me throughout the week was how common the participants’ experiences were vis-à-vis China.

For example, one participant, a Tibetan living in India, recalled that decades before Russia invaded Ukraine this year, China had already invaded Tibet back in 1950. This rang a bell for me, and I shared news about the continuing invasion of China in our waters in the West Philippine Sea.

Another participant shared that China also employed vaccine diplomacy in Turkey. For the longest time, China supplied much of Turkey’s vaccines. But when an opposition leader criticized the Turkish government’s reliance on China’s vaccines, the Chinese embassy condemned such opposition and the supply of Chinese vaccines suddenly stopped. This brought to my mind how the Chinese government donated virtually all of the Philippines’ vaccines at the early stages of the pandemic.

Meanwhile, all participants had something to say about Chinese investments under the ambit of the Belt and Road Initiative. Most of us noticed that despite grandiose promises of infrastructure investments spreading from East Asia to Europe, such investments seem to have been “fizzled out” in recent years.

But perhaps the most interesting insight came from our many discussions about US-China foreign and economic relations.

On the one hand, we talked to China experts in Washington, DC who shared that over the years, foreign policy has considerably shifted its perspective, viewing China more and more as a competitor. The experts we talked to (mostly “thinktankers”) constantly talked about a “rules-based international order,” which upholds liberal values, sovereignty, democracy, and human rights – an order which China has repeatedly violated.

On the other hand, we talked to officials in Washington where the sentiment toward China is as opposite to Washington DC’s – just as the West Coast is opposite to the East Coast geographically.

You see, among all US states, Washington is most deeply engaged in international trade – and in consequence also most deeply intertwined with China. For example, Boeing, which is based in Seattle, exports a huge portion of its airplanes to China. In 2018, Boeing’s aircraft accounted for $11.4 billion or nearly 80% of Washington’s exports to China.

At the same time, many other huge corporations in Seattle – like Microsoft and Starbucks – have a huge presence in China as well. So any stoppage or reduction in the amount of trade between the US and China spells doom for these big corporations – and, by extension, Washington’s economy.

We already saw this during the trade war that erupted between the US and China before the pandemic, thanks to former US president Donald Trump. Between 2018 and 2020, US tariffs on Chinese exports grew by 6 times. Yet by 2019 it was estimated that the trade war had cost the US economy almost 300,000 jobs and at least 0.3% of total output (adjusted for inflation).

As you can imagine, this had an outsize impact on Washington state’s economy – not just on aerospace exports, but also on the state’s top agricultural exports such as cherries and apples.

To abate the losses from the trade war, in 2019 the US and China entered into a “phase one” trade agreement where China committed to buy $200 billion worth of US goods from 2020 to 2021. But recent analysis showed that so far China bought only over half of what it committed and none of the extra $200 billion that Trump promised. This is not just because of the lower demand and supply chain disruptions brought about by the pandemic, but also because many of the trade links between the two countries failed to resume after the trade war started.

Of course, pro-China Washington state can do little to soften the anti-China policies of Washington, DC. And this has been a source of frustration among Washington state officials and also corporations. At the very least, it’s interesting to see such a contrast unfold between the two Washingtons – federal and local.

I think, though, that this only exemplifies the tension that exists in each country amid China’s rising prominence in the global economy. In the process of pushing back against China’s bullying, how can countries survive the potential economic backlash?

Needless to say, we have the same internal struggle here in the Philippines. On the one hand, President Rodrigo Duterte has established considerable ties with Beijing, what with President Xi Jinping’s visit to the Philippines in 2018 and the ton of private and public sector investments that China promised since then.

True enough, trade and investments have ramped up somewhat, and at least some of the infrastructure projects pushed through – including the Chico River Pump Irrigation Project and the Binondo-Intramuros bridge that will soon open.

But hanging all over these projects is the fact that China continues to occupy huge swaths of our waters in the West Philippine Sea, blocking our fishermen’s access to their traditional fishing grounds. The Duterte government has repeatedly failed to assert the favorable arbitral ruling in 2016, and also failed to lead the region’s pushback against China – even if we’re in the best position to do so.

Russia’s invasion of Ukraine has complicated matters. What’s China’s next move? Will the invasion embolden China to attack Taiwan or flex its muscles more in the West Philippine Sea? If that happens, can other countries afford to impose economic sanctions on the behemoth that is China? Given China’s sheer size, is that possible at all?

At any rate, China’s predominance on the global economic stage will hang over all our heads in the coming decades, and China will certainly be one of the biggest issues that the next president will have to grapple with. Is your candidate up to the task? – Rappler.com

The author’s study tour to the US was sponsored by the Friedrich Naumann Foundation for Freedom.
JC Punongbayan, PhD is an assistant professor at the UP School of Economics. His views are independent of the views of his affiliations. Follow JC on Twitter (@jcpunongbayan) and Usapang Econ (usapangecon.com).

[ANALYSIS] China: The view from Washington and Washington, DC

7 Luxurious Spa And Golf Resorts To Experience Around The World

Sat Apr 9 , 2022
Do you like to play golf? Do you like nothing better than to luxuriate in a fabulous spa treatment? Just imagine what a great vacation you will have if you can combine the two and indulge in your two favorite pastimes. While these combined resorts are located in some of […] 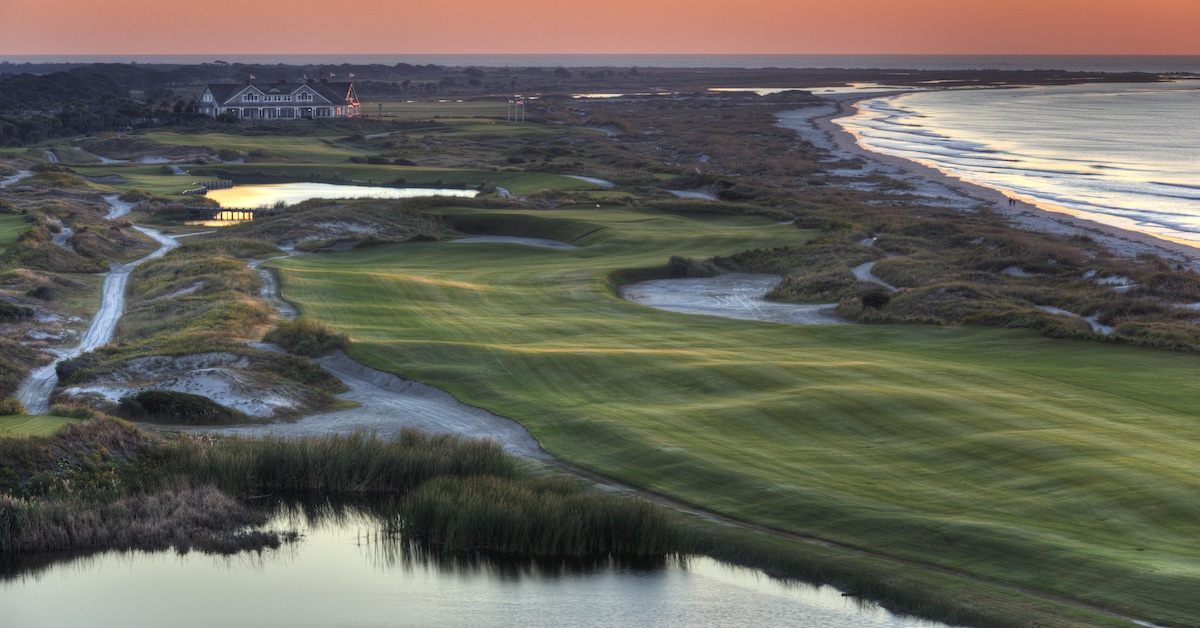