Much like 2022, 2023 is gearing up to be another lavish year of travel. Indeed, Geoffrey Kent, founder and co-chairman of luxury travel agency, Abercrombie and Kent, says that his clients are continuing to splurge on travel plans in the new year, and thus far, the trend’s showing no signs of slowing down. With pandemic fatigue still lingering in most people’s minds, Kent surmises far-off places promising a once-in-a-lifetime experience will capture travelers’ attention come 2023. “Eastern and Southern Africa continue to be our most-requested destinations,” says Kent. “These are the places people dreamed about during the pandemic so it is essential to book well in advance.” He notes that many of the smaller, boutique lodges and camps he typically recommends are already sold out for most dates., “especially in places like Namibia, a destination that is just beginning to attract international attention.”

There’s also been an uptick in re-visiting places travelers already know and love, but in a slightly different way. Lauren Dru, founder of luxury travel company Escapades, mused about a few newly opened resorts in Mexico she expects will become hotspots, like the Costa Palmas development near Cabo. Europe will continue to be a popular destination, but, “What’s old is new. In Europe, it’s all about finding ways to explore tried and true destinations in depth and off-the-beaten path,” says Kent. And of course, places that had previously been closed to tourists due to the pandemic, like Japan, hold a particularly enticing mystique. For the full scoop, keep reading to find out the eight destinations that’ll be on everyone’s radar come 2023, below.

From its topography, to its storied archeological sites, to its rich, cultural history, Peru has a little something for everyone. Whether a trip to Machu Picchu is what you’re after, or a visit to the awe-inspiring Rainbow Mountain, Kent is banking on Peru’s natural beauty as a tourism draw for next year. Not to mention its vibrant cuisine (think ceviche, empanadas, and lomo saltado, a steak stir fry that includes french fries…sign us up). If you decide to take the plunge, Kent suggests planning, “a gastronomy-focused bike tour of Lima, a trek in the Sacred Valley alongside local villagers and llamas, and…to hike the last portion of the Inca Trail to Machu Picchu — with the first female porters.”

“For those searching for incredible landscapes, this little-known, but conservation-oriented country in southern Africa is a must see,” says Kent. While Namibia has remained relatively under the radar compared to neighbors like Botswana and South Africa, Kent believes that’s about to change. With a terrain ranging from rolling coastal dunes to more rugged, rocky country, one of the biggest incentives to visit Namibia is that it happens to have the largest concentration of cheetah in the world. Stay at the tiny and ultra remote Okahirongo Elephant Lodge or the Okahirongo River Camp to experience a desert safari with the chance to spot elephants, lions, and giraffes.

With the opening of the highly anticipated Grand Egyptian Museum set for next year (it’ll house the largest archeological collection in the world as well as all 5,000 of Tutankhamun’s treasures), Egypt is well primed to become a top tourist destination for 2023. It’s also a landmark time in Egypt’s history to visit; November ‘22 marks 100 years since King Tut’s tomb was discovered. Having lifted its COVID restrictions earlier this summer, pyramid-hopping and hot air balloon rides over Luxor’s ancient sites are back in business with a vengeance. To really do it right, stay at the legendary Sofitel Legend Old Cataract and pretend you’re Agatha Christie — it’s where she got the inspiration to write her famed novel, Death on the Nile.

Let’s be real, Sicily and Sardinia are always hotspots, but 2023 will be about discovering new ways to explore two of Italy’s most famous islands. Instead of staying strictly by the coast, Kent suggests heading inland to the countryside and partaking in a 4×4 Jeep safari. Or, “Visit a local olive oil producer with an ancient underground mill. Take in the local architecture…[like] the Sicilian Baroque style that made Ragusa and Modica UNESCO World Heritage Sites.” And of course, whatever you do, make some time to try the local cuisine. It is Italy, after all.

For those who just want to lay on the beach with margaritas and chips as far as the eye can see, might we present Mexico’s East Cape on the Sea of Cortez, or more specifically, the newly opened Costa Palmas development. Comprised of a Four Seasons, a village featuring Nancy Silverton’s Mozza Baja, a golf club, and an Aman under construction, Costa Palmas is the penultimate in laid back luxury. We’ve already seen some influencers posting from there prior to Dru’s recommendation, so it’s pretty much a given it’s about to be everywhere. If you get bored of lounging, there are plenty of activities to get into from horseback riding to paddle boarding to nearby island tours, but if you’re like us, lounging will more than suffice.

Given that Japan was closed to tourists for so long, it’s booming right now, says Dru, and it will undoubtedly stay that way into 2023. Known for its unbeatable cuisine, spring time cherry blossom blooms, architecture, historic temples and rich culture, it’s hard to succinctly sum up all that Japan has to offer. Our best advice? Split up your trip so that you have time to see contemporary cities like Tokyo and Osaka as well as more traditional sites like Kyoto.

Kent was so impressed with all that Colombia has to offer that after making several personal trips he set up an Abercrombie and Kent office there. Suffice to say, he predicts we’ll be seeing a lot more of the South American country next year. His top suggestions of things to do? Stroll through the markets of Bogota, check out the Salt Cathedral (a church built within the tunnels on an underground salt mine) and tour Cartagena’s historic monuments.

Located near the Belize border and situated on a lagoon, Bacalar’s Caribbean-esque waters and serene surroundings have managed to stay one of Mexico’s best kept secrets…but not for much longer. Likened to the next Tulum without the crowds by Conde Nast Traveler (due to the region’s commitment to sustainability), Bacalar boasts Mayan ruins, lush jungles, and several cenotes. A handful of eco-hotels like the design-forward Habitas have opened there over the past few years, as well. All we have to say is, get ready for Bacalar to become a regular part of your travel vocabulary.

(Stay Up To Date)

What Recession? Wealthy People Are Splurging on Over-the-Top Trips

Thu Nov 3 , 2022
Luxury-travel planners say their clients are seeking more extreme experiences than pre-pandemic. Hard-to-access places like the Arctic Circle and Galapagos Islands are bucket-list travel hot spots. Pent-up demand and newly acquired wealth are pushing some to go all out, even as the economy sours. Loading Something is loading. Thanks for […] 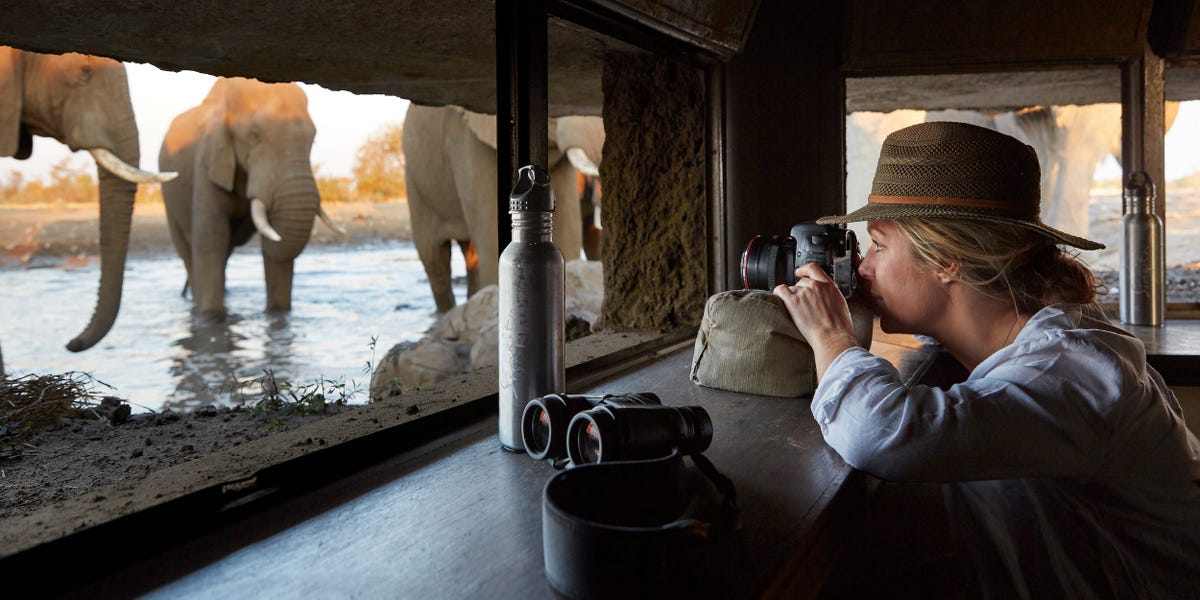