You know you are in a truly ancient place when the “new” mosque dates from the 16th century. Istanbul’s Old City has 8,000 years of history behind it, along which weaves the gargantuan, mile-wide Bosphorus: the only river that separates two continents. The primarily residential, more recent Asian side basks in stark contrast to the economic, cultural and ancient heart of the Old City, which teeters on the riverine strip of the European side.

And what better way to experience the dichotomy between old and new than to swim between the two sides? Yes, swim. From Asia to Europe, down 6.5km of this venerable waterway, during the few hours of each year when the shipping channel closes, it is possible to swim.

Since its inception in 1989, the Bosphorus Cross-Continental Swim has been hosted by the Turkish Olympic Committee, but to have a hope in hell of entering the yearly event, I’d recommend booking through SwimTrek (swimtrek.com), a British-based tour operator specialising in open-water swimming holidays worldwide, who can also provide training schedules for long-distance swim events such as this.

I was nervous, but I soon fell into a languid, gliding stoke, allowing the river do most of the work, edging past ancient forts and towers and mansions on the west bank

I can hear you wonder, “six and a half kilometres – are you off your rocker?” Two summers previously, I had struggled to complete a 1.5km lake swim, which I wrote about in The Irish Times. But persistence and training paid off, starting with a pool swim once a week, then sea swimming two to three times a week from April until the race in August.

Once I’d cracked a decent open-water technique, I found it surprisingly easy to gradually ramp up the distance from less than 1km to more than 4km. This was sufficient to get me through the Bosphorus swim; as you’re going with the flow of this mighty river, the event feels more like 3.5-4km of standard open-water swimming. And it was worth every stroke over the previous six months.

Before the event, a flotilla of near-naked swimmers is ferried 6.5km upriver to the east bank, where upon we dive off en masse into the tepid waters, swimming back down to the jetty from which we had departed. The glorious lunacy of it all reminded me of those Serengeti documentaries on wildebeest migration, as they dive off steep river banks.

I was nervous, but I soon fell into a languid, gliding stoke, allowing the river do most of the work, edging past ancient forts and towers and mansions on the west bank. With more than 2,000 participants, you’d think it would be chocka out there and yet there were moments when I could not lay eyes on a single other swimmer. With the finishing jetty within roaring distance, I realised how much I had left in the tank, which was duly emptied to cross the line.

Before and after the race, we had a few days to explore. While Europe was, comparatively speaking, dragging its knuckles through the mud between the 9th and 16th centuries, Islamic civilisation was rocketing ahead, as documented in the Museum of Islamic Science and History of Technology. Housed in the former imperial stables, within the dappled shade of Gulhane Park, it’s a perfect place to chill, picnic or people-watch beneath ginormous plane trees, right at the foot of the awe-inducing Topkapi Palace. As court of the Ottoman Empire between the 15th and 19th centuries, the palace served as the main residence of the Ottoman sultans, and is now home to a jewel-filled museum.

A 10-minute walk away is the Museum of Turkish and Islamic Art, nestled within a 16th-century former-private palace in the Süleymaniye Mosque complex, and exhibiting rare examples of the Abbasid, Mamluk, Seljuk and Ottoman periods. It also houses one of the best carpet collections in the world, as well as glassware, stone and terracotta artefacts.

Despite 2,400 tickets for the race each year, demand always exceeds supply

Set within the complex of the Blue Mosque is the Great Palace Mosaic Museum, with exhibits dating back to the 5th century featuring scenes of daily life, nature and mythology. The more memorable mosaics include a lizard-eating griffin, a brawl between an elephant and a lion and children “weeding” a goose.

Istanbul’s compact Old City is also a Romanesque labyrinth of ornate cisterns. The Serefiye Cistern has recently undergone an eight-year restoration, accessible through a carpet store (where else?). I’m still not sure why the Romans plunged so much cash into these lavish, underground basins that nobody was intended to ever visit, but we are lucky they did. A legit, English-fluent Tureb-certified guide is worth paying for, costing between 100-200 TL (about €6.50-€13) for a six-hour day. Selcuk Eracun ([email protected]) is an author of several books on Turkish history and an excellent guide.

For the 364 days when the Bosphorus is not closed to accommodate the swim, it supports a whole industry. There’s buzz and bustle afloat, from row-your-boat fishermen to pack-‘em-in passenger ferries; from showboat pleasure craft to giant tankers ploughing a watery wake from the Black Sea.

A fabulous way to get your bearings is with a sunset sight-seeing cruise with bosphorustour.com. With a live guide on a modern yacht, the 2.5-hour tour (€50) includes complementary (non-alcoholic) Turkish drinks, canapés and sliced fruits to enjoy as you float by the Dolmabahce Palace, Ortakoy Mosque, Rumeli Fortress and the Maiden’s Tower. Sailing south along the Asian side, you see baroque, timber mansions originally built as hunting lodges and country homes for the Istanbul elite.

At about €50 for an hours’ performance, the whirling dervishes at the Hodjapasha Culture Centre is an expensive but worthwhile show. Run by the Rumi Education and Culture Association and set in a renovated 15th-century building, the performance by the Mevlevi Order – twirling in head-to-heel cloaks since 1273 – is a mesmerising act before a small audience in ringside seats.

As you can’t possibly leave Turkey without experiencing one of its famous hamam baths – the Kilic Ali Pasa Hamami (http://kilicalipasahamami.com) gets my vote. Set in a domed, purpose-built 16th-century stone building, the hamam ritual takes about one hour, costs 340 TL (€21) and includes scrubbing, foaming and hair wash. Towel-clad, afterwards you can unwind on the sofas in the lounge area as you’re served tea.

Afterwards, browse the back streets of the hamam along the semi-pedestrianised Mumhane Caddesi (road), with hardly a tourist in sight. It’s where locals come out to play among the restaurants and cafes, galleries and boutique shops – visualise what Temple Bar could have been and you’re halfway there.

Jamie Ball was a guest of SwimTrek, Wilusa Travel and Turkish Airlines.

Despite 2,400 tickets for the race each year, demand always exceeds supply. Applications open in January through the Turkish Olympic Committee (bogazici.olimpiyatkomitesi.org.tr) and are usually full within hours. Applying through an agent such as SwimTrek greatly increases your chances of securing a place, but you will pay for that access: from €700 per person sharing, to include race entry fee and registration, two nights’ accommodation, transfers to and from airports, and the race, and a dedicated, English-fluent SwimTrek guide staying at your hotel. The swim takes place on the Sunday morning, with race registration, a briefing and boat tour of the course on the Saturday morning. SwimTrek accepts applications from October. For the 2023 event, join the mailing list and start swimming!

Turkish Airlines flies from Dublin to Istanbul several times a week, from €310 return.

The Best Golf Accessories For Dad

Mon May 23 , 2022
From shoes to clothes to pushcarts, it’s time to upgrade Dad’s golf game for Father’s Day. Stewart Golf If Dad loves golf, that passion makes your Father’s Day shopping easy. The key is to skip clubs. They are too personal, have too many variable specs, need to be fitted, and […] 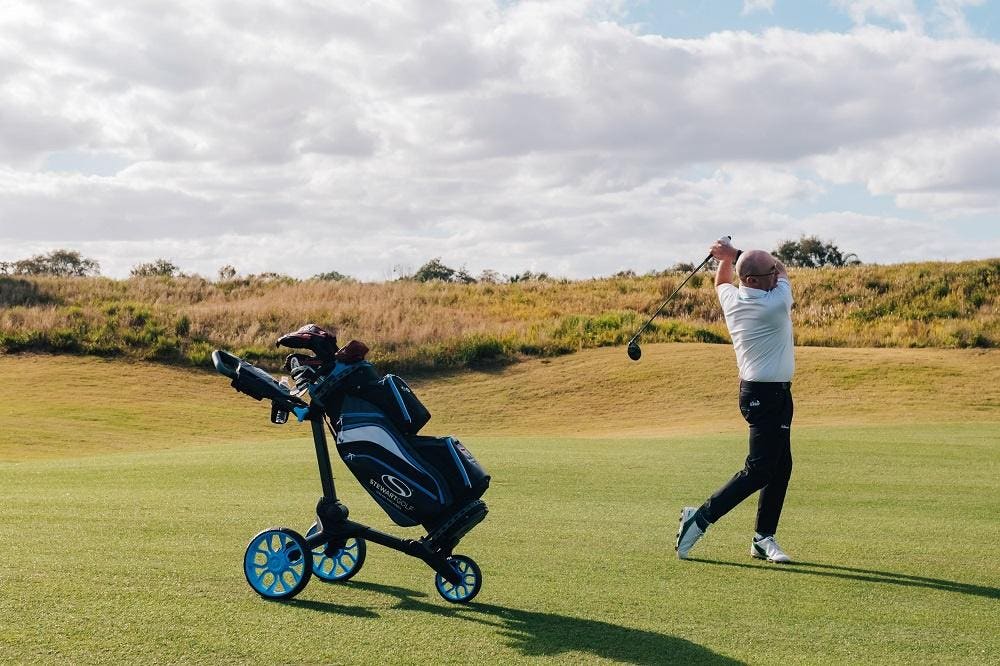