On Friday, a retired NASA astronaut and three paying customers set off on a journey to the International Space Station.

The mission is the first to go to the space station on which all of the passengers are private citizens, and it is the first time that NASA has collaborated in arranging a space tourism visit. The flight marked a pivotal moment in efforts to spur space travel by commercial enterprises, NASA officials said.

“This is a really, really big milestone for us in our overall campaign to try to help foster a commercial low-Earth-orbit economy,” Dana Weigel, the deputy program manager for the space station at NASA, said during a news conference after the launch.

But the mission also highlighted that most of the customers for trips to orbit will be the very wealthy in the near-term. Axiom Space of Houston acted as the tour operator, selling seats for the 10-day trip, including eight days aboard the station, for $55 million each. Axiom hired SpaceX to provide the transportation — a Falcon 9 rocket with a Crew Dragon capsule, the same system that takes NASA astronauts to and from the station.

At 11:17 a.m. Eastern time, the mission, called Axiom-1, lifted off from the Kennedy Space Center in Florida into clear blue skies following a smooth countdown.

“Welcome to space,” a SpaceX official said to the Axiom-1 crew soon after the capsule detached from the second stage of the rocket. “Thanks for flying Falcon 9. You guys enjoy your trip to that wonderful space station in the sky.”

The customers on the Axiom-1 mission are Larry Connor, managing partner of the Connor Group, a firm in Dayton, Ohio, that owns and operates luxury apartments; Mark Pathy, chief executive of Mavrik Corporation, a Canadian investment company; and Eytan Stibbe, an investor and former Israeli Air Force pilot.

They will be led to the space station by Michael López-Alegría, a former NASA astronaut who is now a vice president at Axiom and the Ax-1 mission’s commander.

“What a ride!” Mr. López-Alegría reported on Twitter from orbit.

They are scheduled to dock at the space station early Saturday.

Although the Kennedy Space Center is part of NASA, NASA had almost no role in the launch or the orbital ride. The agency’s officials were happy about that as they look to a future when they can simply buy services like room aboard a space station from commercial vendors.

The International Space Station, about as long as a football field, is a technological marvel, but one that costs NASA about $1.3 billion a year to operate. Although NASA wants to extend the lifetime of the current station to 2030, it hopes that much less expensive commercial space stations are in orbit by then.

For NASA, that means learning how to collaborate with private enterprise in orbit including hosting space tourists, while Axiom and other companies have to figure out how to build a profitable off-planet business.

Axiom is planning four or five such missions to the space station, and then it has an agreement with NASA to attach several modules it is building to the space station. When the International Space Station is finally retired, those modules are to be detached to form the core of an Axiom station.

“This is the first mission really in our effort to build a commercial space station,” said Michael T. Suffredini, the president and chief executive of Axiom who previously worked at NASA managing the I.S.S.

In September, a SpaceX Crew Dragon launch chartered by Jared Isaacman, a billionaire entrepreneur, was the first trip to orbit on which none of the passengers was a professional astronaut. For that mission, named Inspiration4, Mr. Isaacman decided to give opportunities to three people who would never have been able to afford the trip themselves. That trip did not go to the space station, and the four spent three days floating in orbit before returning to Earth.

By contrast, each of Axiom’s space travelers is paying his own way, and the experience is different. Earlier private travelers to the space station — most recently Yusaku Maezwa, a Japanese billionaire — traveled on Russian Soyuz rockets and were accompanied by professional Russian astronauts. For this flight, Axiom and SpaceX are in charge of the mission from launch until the capsule enters the vicinity of the space station.

During a news conference last month, Mr. Connor objected to being called a space tourist.

At least in theory, this is the future that NASA has been working toward for decades.

In 1984, during the Reagan administration, the law that established NASA was amended to encourage private enterprise off Earth. But plans to privatize the operating of NASA’s space shuttles were shelved after the loss of Challenger in 1986.

Instead, it was the Soviet space program in the fading years of communism that was ahead of NASA in selling access to space. When the International Space Station opened up, Dennis Tito, an American entrepreneur, was the first Russian-hosted tourist to visit, in 2001. Russia stopped taking private travelers after 2009; with the impending retirement of the space shuttles, NASA needed to buy available seats on Russian rockets for its astronauts to get and from the space station.

In the last few years, NASA has opened up to the idea of space tourism. Jim Bridenstine, the NASA administrator during the Trump administration, often spoke of NASA’s being one customer out of many and of how that would greatly reduce costs for NASA.

But for NASA to be one customer of many, there have to be other customers. Eventually, other applications like pharmaceutical research or zero-gravity manufacturing may finally come to fruition.

For now, the most promising market is wealthy people who pay to visit space themselves.

While Axiom Space now declines to comment when asked how much it is charging to take people to the International Space Station, the company did provide a ticket price a few years ago: $55 million per passenger.

Much of the price is tied up in the rocket and spacecraft needed to get to orbit. And once there, customers also must pay for accommodations and amenities.

In 2019, NASA set up a price list for use of the space station by private companies. For space tourists, NASA said it would charge companies like Axiom Space $35,000 a night per person for the use of sleeping quarters and amenities, including air, water, the internet and the toilet. Last year, NASA said it was raising the prices for future trips to the station.

In some areas, the Axiom-1 crew members underwent much of the same training as NASA astronauts, especially for safety procedures and everyday living in orbit. Ms. Weigel gave the toilet as an example. They needed to learn how the space station toilets work, but, as guests, they didn’t need to train for how to repair the toilet if it malfunctioned.

When they board the space station, the Axiom visitors will receive an orientation of what to do in various emergencies and how to use facilities. “That actually looks pretty similar to what our crews do for the first day and a half,” Ms. Weigel said.

After that, the Axiom astronauts will go off and do their own activities, which include 25 scientific experiments they plan to conduct during the eight days on the space station. The experiments include medical work planned with institutions like the Mayo Clinic, the Cleveland Clinic and Montreal Children’s Hospital. The Axiom astronauts will also conduct some technology demonstrations like self-assembling robots that could be used to build future spacecraft in space.

The activities of the Axiom visitors are coordinated with those of the other crew members on the space station so that people are not trying to use the same facility at the same time.

With a larger-than-usual number of people staying on the U.S. segment, some of the sleeping quarters are makeshift in various parts of the station. One person will be sleeping in the Crew Dragon, Ms. Weigel said.

But the Axiom passengers said they will be careful not to get in the way of other crew members.

“We’re very cognizant that we will be guests aboard the I.S.S.,” Mr. López-Alegría said last month.

Tue Apr 12 , 2022
Vidago Palace, with its 365 windows and doors Courtesy of the hotel For all its grandeur and loveliness today, Vidago Palace, a lavish resort in the far north of Portugal, did not get off to the most auspicious of starts. In the early 20th century, when thermal springs resorts were […] 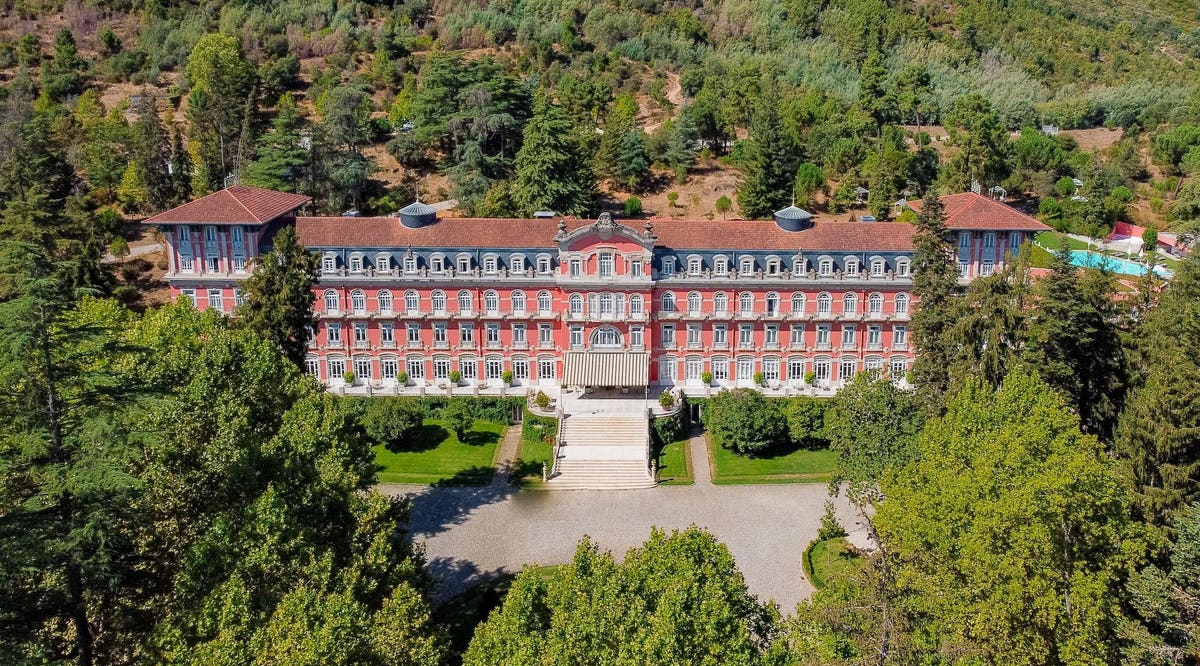