With hotels filling up, short-term rentals through sites like Airbnb are likely to be a key option for people coming to Eugene for the World Athletics Championships in July.

And even those are filling up quickly, said Andy Vobora, spokesperson for Travel Lane County.

As Eugene and the University of Oregon prepare to hold the World Athletics Championships Oregon22, all of Lane County and cities up and down the Willamette Valley will host tens of thousands of visitors.

And with local hotels starting to reach capacity, Travel Lane County is directing people to options from Newberg to Roseburg and encouraging people in the Eugene area to consider making a room or two — or even their entire house — available as a short-term rental, Vobora said.

Doing so gives people the chance to make extra cash while meeting interesting people and helping with the “accommodations crunch” in the region by providing more options to stay close to Hayward Field, he said.

Haven Thorn, a spokesperson for Airbnb, said the company has made it “easier than ever” to become a host and shared resources for people considering hosting on that platform.

Since Airbnb launched, hosts have earned approximately $60 billion in the United States, according to a report from Airbnb. Today’s typical Airbnb host in the U.S. earns $13,800, an increase of 85% over 2019.

On average, hosts listing an entire place charge $142 a night, and people book 23 nights a month, according to Airbnb’s website, for monthly earnings of $3,266.

While it’s a “fair amount” of work to list an entire home, Vobora said, people can list a room or two so they don’t have to give up their space entirely.

Earnings are lower on average for people listing just a room, according to the company’s website — $62 a night, 21 nights a month for a total of $1,302 a month.

“Visitors understand they might pay a bit more but don’t want to feel they’ve been gouged and taken advantage of,” he said.

It’s better to help keep Eugene’s reputation as a destination strong than to try to make a huge profit, Vobora said, especially when negative reviews or posts on social media can quickly damage future prospects.

One big goal is for people to come back, he said, and to recommend the Eugene-Springfield area, the county and the state as a destination for others.

Prices higher during Oregon22 for some Airbnb listings

Based on a look at available listings, some people are following that request better than others.

Of 50 listings The Register-Guard looked at that were available both during Oregon22 and in August or June, all but 10 had marked up the price.

Multiple articles in Airbnb’s help center make it clear that hosts set their own prices, though the company does provide some advice for determining what to charge and provides a “Smart Pricing” setting that will adjust rates based on assumed demand for more popular dates like weekends, holidays and events.

Airbnb did not provide figures on overall prices during Oregon22, so it isn’t clear whether the price increases are typical. The platform doesn’t let users see prices for listings that are already reserved.

But according to a recent study by Money.com, prices are up 54.2% overall during Oregon22 compared to the week before.

How to list your property or a room in your home

The company also gives people considering hosting the chance to connect with experienced hosts to get answers to questions while they’re setting up their listing, Thorn said.

People interested in listing on Airbnb can visit airbnb.com/become-a-host.

Vrbo is another option for people looking to list their home. There’s more information available about that platform at vrbo.com/en-us/list.

People who list properties within Eugene city limits through Airbnb, Vrbo and similar sites also must register with the city.

Lindsay Selser, spokesperson for the city’s planning and development department, said there were about 250 properties registered last year.

That number has increased leading up to Oregon22. As of March 31, there were 318 properties registered with a total of 346 units, Selser said.

CDC lowers travel risk for Canada, Panama and over 20 other places

Tue Apr 5 , 2022
(CNN) — For the second week in a row, the US Centers for Disease Control and Prevention did not add a single new destination to its highest-risk Level 4 category for travel. More than a dozen destinations, including Canada and several Caribbean nations, moved down from Level 4 to Level […] 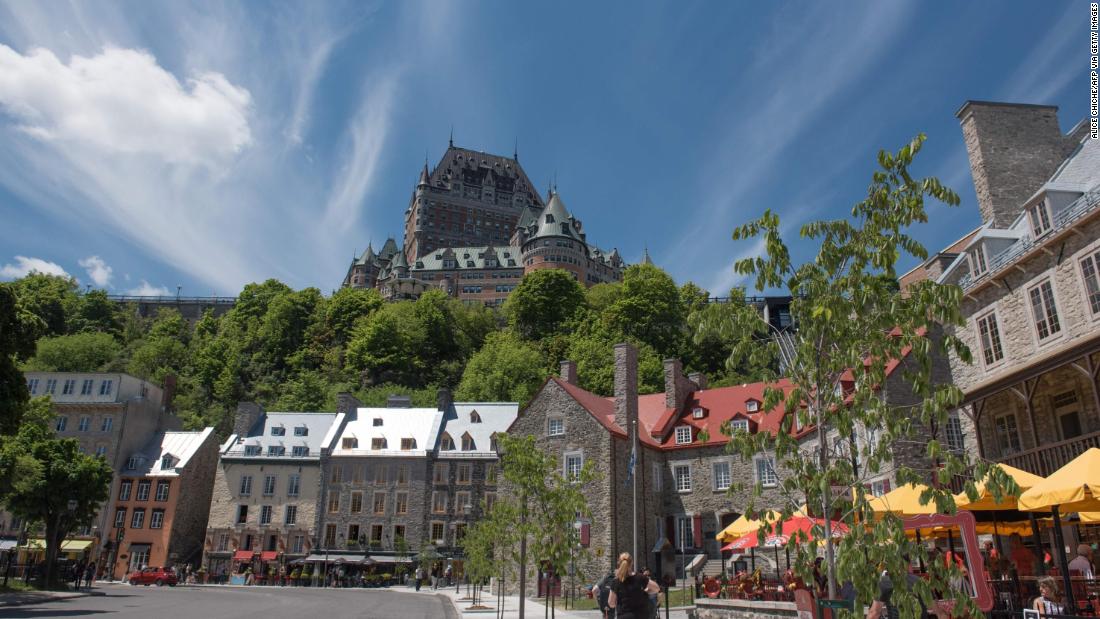