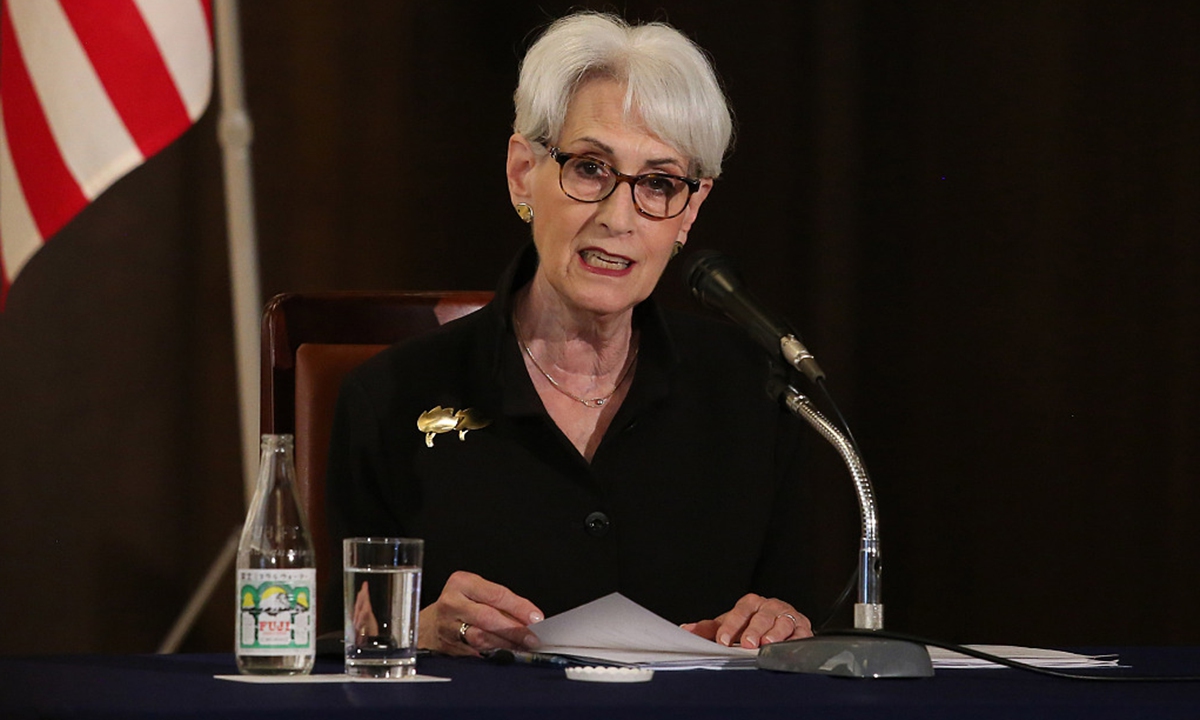 A much-publicized visit of the US Deputy Secretary of State Wendy Sherman to Asia is underway as part of the ongoing series of US Indo-Pacific Strategy to keep its presence in the region alive after the Trump era withdrawal to focus on “America First” which faltered.

Joe Biden on his second year as president of the US is attempting to live up to his promise of keeping the “US at the head of the table” of world affairs, traveling to Asia too in May this year in a trip marked by his stumbling over “military defense” of Taiwan island he had to walk back for days and days after.

Arriving in Manila on June 9, Sherman met with the expected Asian and Filipino etiquette and politesse, especially from affable president-elect Ferdinand “Bongbong” Romualdez Marcos Jr, or BBM for short. Sherman’s plate had the usual platitudes: “free and open Indo-Pacific,” human rights, “freedom of navigation,” the “rules-based order,” the Visiting Forces Agreement and the like.

The Sherman visit added a new spice. The deputy secretary of state announced that president-elect BBM would be “welcome” to the US given his diplomatic immunity as a head of state. This simply recalls that Sherman’s meeting with BBM marked a complete reversal  of the 1986 “regime change” of the US against the elder Marcos.

However, Sherman’s visit clearly tanked and failed to raise hope of revitalizing Philippine-US relations. The realities just won’t allow it: A tanking US economy and society wracked by rising social violence, racism and hyper-inflation; impending defeat in the Ukraine proxy war; the inevitable political debacle of Democrats in the upcoming midterms will all stand to destabilize US policy once more.

The day after Sherman’s visit, Ferdinand E. Marcos showed whom he and the Philippines consider the real bosom mate of the country. In an extravaganza of the Association for Philippines-China Understanding (APCU) the president-elect declared China to be the Philippines’ “strongest partner” and that no “greater champion” is there for China than his mother former First Lady Imelda Marcos, who is also an awardee.

The APCU conducts an annual award for 10 top individuals promoting understanding between the peoples of China and the Philippines. It has become a bigger-and-bigger event after its first year. Marcos’ gracing of the event made it a national event of the year and the words for China as the “strongest partner” reverberate throughout the land.

While the president-elect’s recent declaration is the latest and most visible expression of the Philippines’ appreciation of China, there is another although silent manifestation of the popular rise of a China-friendly reception by the Filipino people. The first is an opinion poll in June 2021 by PuBLICUS Asia showing 53 percent of Filipinos are “open to China as friend or potential ally.”

Another private survey group, OCTA research affiliated with the University of the Philippines which had proven very accurate and reliable tracking and advising the public on the COVID-19 pandemic levels, had also reported through an embargoed survey to a closed group I attended in May that there has been a “dramatic positive turnaround” in the Filipinos’ perception of China.

In the PuBLICUS Asia survey the reason for turnaround in perception was the 56-million doses of COVID-19 donated and delivered by China in 2021, in the OCTA research the reason cited was the opening of the spectacular Binondo-Intramuros Bridge easing traffic at the heart the key metropolis of the country. The endless stream of wins for the Philippines in the “win-win” relationship spells the difference.

The US “China threat” ruse does not work anymore. The Philippines and China are and will continue to be the most robust friends as they have been for a millennium past.

Sherman’s 10-day tour also includes trips to the Laos and Vietnam. China is too tied to the good economic future of these ASEAN countries to take these US overtures seriously. At the same time the US’ dismal economic performance and false promises, the disastrous Ukraine proxy war and calamitous “sanctions war” all have severely undermined the credibility of the US. In the end little will come out of this latest PR tour of the US in the region although they always ratchet up tension and propaganda on such occasions.

The author is the founder of Philippine-BRICS Strategic Studies. [email protected]

Sun Jun 19 , 2022
SINGAPORE – It is payback time from snooker legend Ronnie O’Sullivan in the most positive way. The seven-time world champion and world No. 1 is in town to launch his first Ronnie O’Sullivan Snooker Academy (Rossa) at The Grandstand in Bukit Timah and play some exhibition matches with China’s world […]