Already known for luxurious hotels along the Arabian Gulf, Qatar is going big as it prepares to welcome the FIFA World Cup games between Nov. 21 and Dec. 18 this year. The country, the fourth wealthiest in the world, is planning to open more than 100 hotels and serviced residences to meet the expected demand, but also as part of its push to expand tourism. The soccer tournament will draw nearly 1.5 million visitors and as much as $20 billion in economic activity.

Qatar Airways will no doubt play a substantial role in bringing visitors to the country. The airline operated the world’s first fully vaccinated flight in April 2021, and it is known for high levels of inflight service. It has even painted aircraft to advertise the global sporting event. Visitors from 95 countries can enter Qatar visa-free.

Qatar has a host of tourism targets on the radar including spa getaways, family travel, romantic weekend trips and cultural tourism to its roster. In 2019, the country opened the National Museum of Qatar, designed by French architect Jean Nouvel, and more recently is expanding a public art program throughout the city. In a bid to be considered “a mecca for art,” enormous sculptures, statues and art pieces are being erected around the city to spark conversation.

It’s not just soccer. Qatar will host tennis events in the coming weeks, including the Qatar Ladies Open and The Qatar Open. The Qatar Masters, which has taken place in Qatar for more than two decades, happens this month, and the Grand Prix of Qatar just recently took place.

Among the new hotels to open are plenty of loyalty program fan favorites, which will help expand the number of places to earn and redeem points. To cater to the temporary spike of visitors from the World Cup, 16 cruise ships will also serve as floating hotels giving the hospitality sector a boost. According to Qatar Tourism, it also foresees many fans and visitors flying into the country for day trips to explore its many cultural sights while catching a game.

Following the games, some of the newly built stadiums will be dismantled or repurposed as entertainment or concert venues. In an effort to be more sustainable, the country will also send many of the materials and major components of the stadiums to third-world countries looking for a head start on building their own venues.

Also in the works are a new cruise ship terminal set to open later this year and the West Bay North Beach project bringing six new beaches for holiday makers. They will have restaurants, cycling paths and 35 paths dedicated to those with special needs.

If you’re curious about which new hotels are on the way, here are just a few that are sure to impress.

As the first Banyan Tree property managed by Accor in the Middle East, the high-rise Banyan Tree Doha will certainly be popular with soccer fans. It is the closest hotel to the largest fan zone area and is within view of five of the stadiums where games will take place. Its restaurant menus span the globe with options including Indian, Thai and Italian. Its rooftop Vertigo lounge and bar is a see-and-be-seen place with 360-degree views of the city and becoming quite the hot spot with locals and expats. The property will participate in the All Live Limitless loyalty program (ALL) allowing guests to earn and redeem points during their stay.

This pair of Accor brands will be located within the city’s most iconic new building, Katara Towers. Designed to look like the scimitar swords of Qatar’s national seal, this waterfront landmark will include Fairmont and Raffles luxury hotels taking up either side of the sphere. Both brands will participate in the All Live Limitless program, and each will have stunning views of the sea and the cityscape.

With a mix of accommodations and serviced residences including one to three bedrooms for long-term stays, there’s another Accor opening in town. The property is part of the Pullman brand, which places a strong focus on meetings and events. Pullman Doha West Bay is a short walk to the Doha Exhibition and Convention Centre, which will help it draw group business to its own facilities as well as the neighboring venues. ALL loyalty members will have plenty of Accor choices in Doha at varying price points and purposes.

In the Najma district, the new Dream Doha will open this year with 265 rooms and suites plus nearly three dozen private residences. A variety of high-end dining and nightlife options will make this a popular destination for both visitors and locals. The property will be the flagship for Dream Hotel Group, which also includes The Chatwal and Unscripted Hotels, in the Middle East.

Located on the city’s famous, man-made The Pearl district, the St. Regis Marsa Arabia Island, The Pearl-Qatar will include 87 residential units ideal for families or long-stay guests looking for luxury when it opens this fall. Arabic interior decor will fill the public areas and accommodations, and visitors will enjoy access to eight swimming pools, numerous dining options and a kids’ club. Guests can earn and redeem Marriott Bonvoy points for a stay here.

In Lusail, the new planned city north of Doha, this property will join many other new hotel openings in the area drawing tourists and business travelers. Lusail is also a popular residential district for locals and expats consisting of four islands an numerous mixed-use entertainment and commercial districts with plenty of great dining and shopping in the area. Le Royal Meridien Doha, part of the Marriott Bonvoy portfolio, will open this month with almost 400 rooms and numerous dining options. The hotel will be connected to the dozens of luxury stores at the adjacent Place Vendôme Mall.

The new Rosewood Doha and Rosewood Residences Doha are also part of the Lusail City development. The design of the hotel is based on the underwater coral that surrounds Qatar and will feature guest rooms, serviced apartments and private residences. There will be eight food and beverage outlets including a cigar lounge and three specialty restaurants.

Tue Mar 29 , 2022
This week J. Lo served drag queen at the iHeartRadio Music Awards, a same-sex couple adopted that “gay” abandoned dog, and Zac Efron showed off his still-beautiful body. Here’s what happened on Instagram: Willie Gomez took a hike.   View this post on Instagram   A post shared by W […] 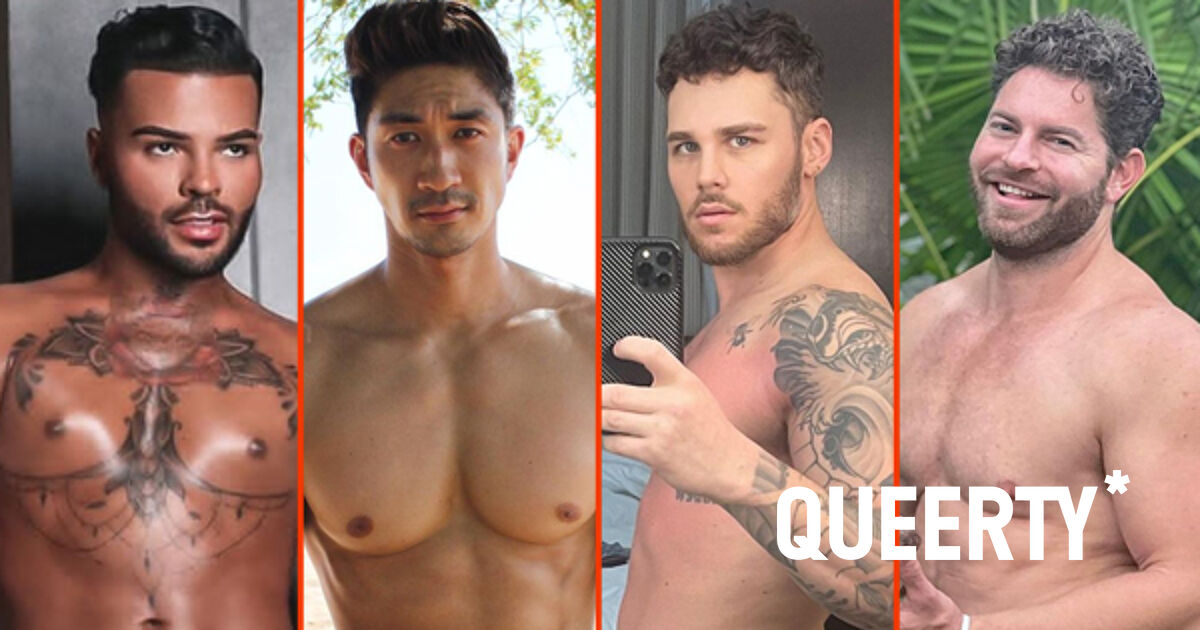