Copenhagen [Denmark], May 4 (ANI): At the conclusion of the second day of his visit to Europe, Prime Minister Narendra Modi was accorded a warm welcome by the Queen of the Kingdom of Denmark, Margrethe II at the historic Amalienborg Palace in Copenhagen.
The Prime Minister was scheduled to attend a private dinner hosted by the Danish Queen at the conclusion of his engagements in Copenhagen on Tuesday. PM Modi met members of the royal family on the occasion. 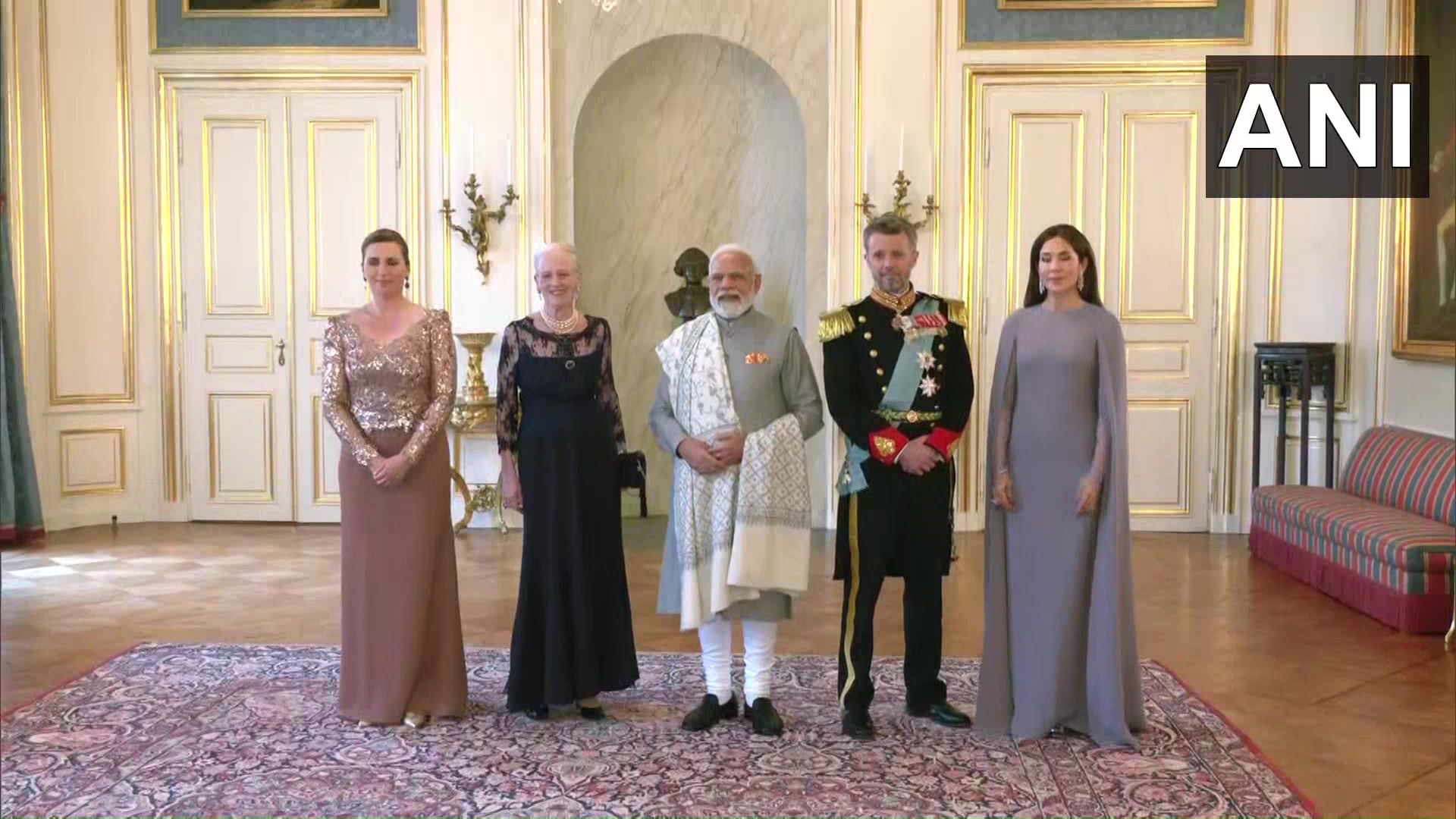 “Her Majesty, the Queen of the Kingdom of Denmark, Margrethe II extended a warm reception to PM @narendramodi. Prime Minister felicitated Her Majesty on the occasion of the Golden Jubilee of her reign,” the Ministry of External Affairs (MEA) informed in a tweet. 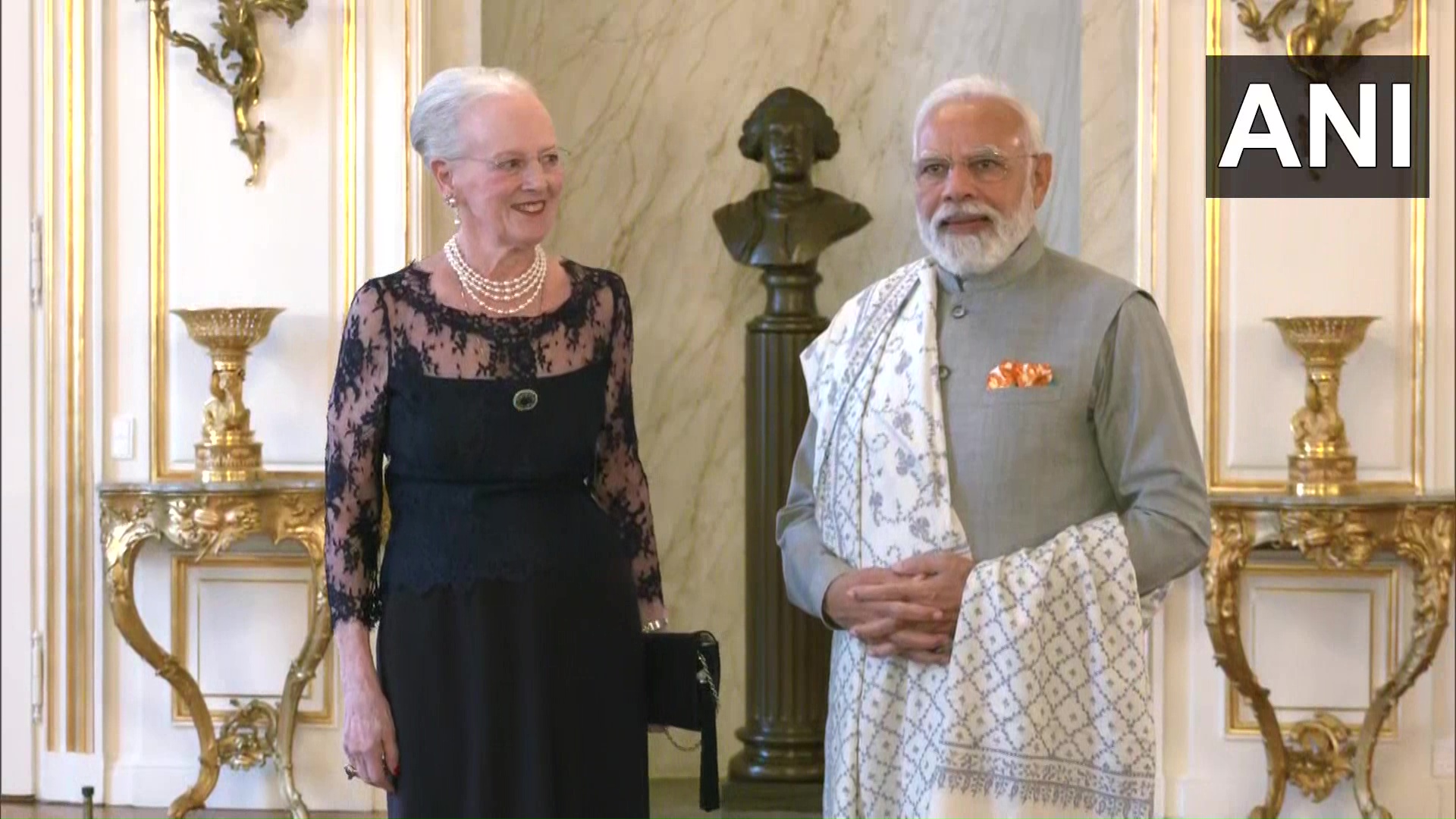 “Prime Minister briefed her on the increasing momentum in India-Denmark ties in recent years, particularly the Green Strategic Partnership. He also lauded the role of the Danish Royal Family in furthering social causes,” an MEA statement said.
PM Modi also thanked the Danish Queen for the warm reception and hospitality extended to him. 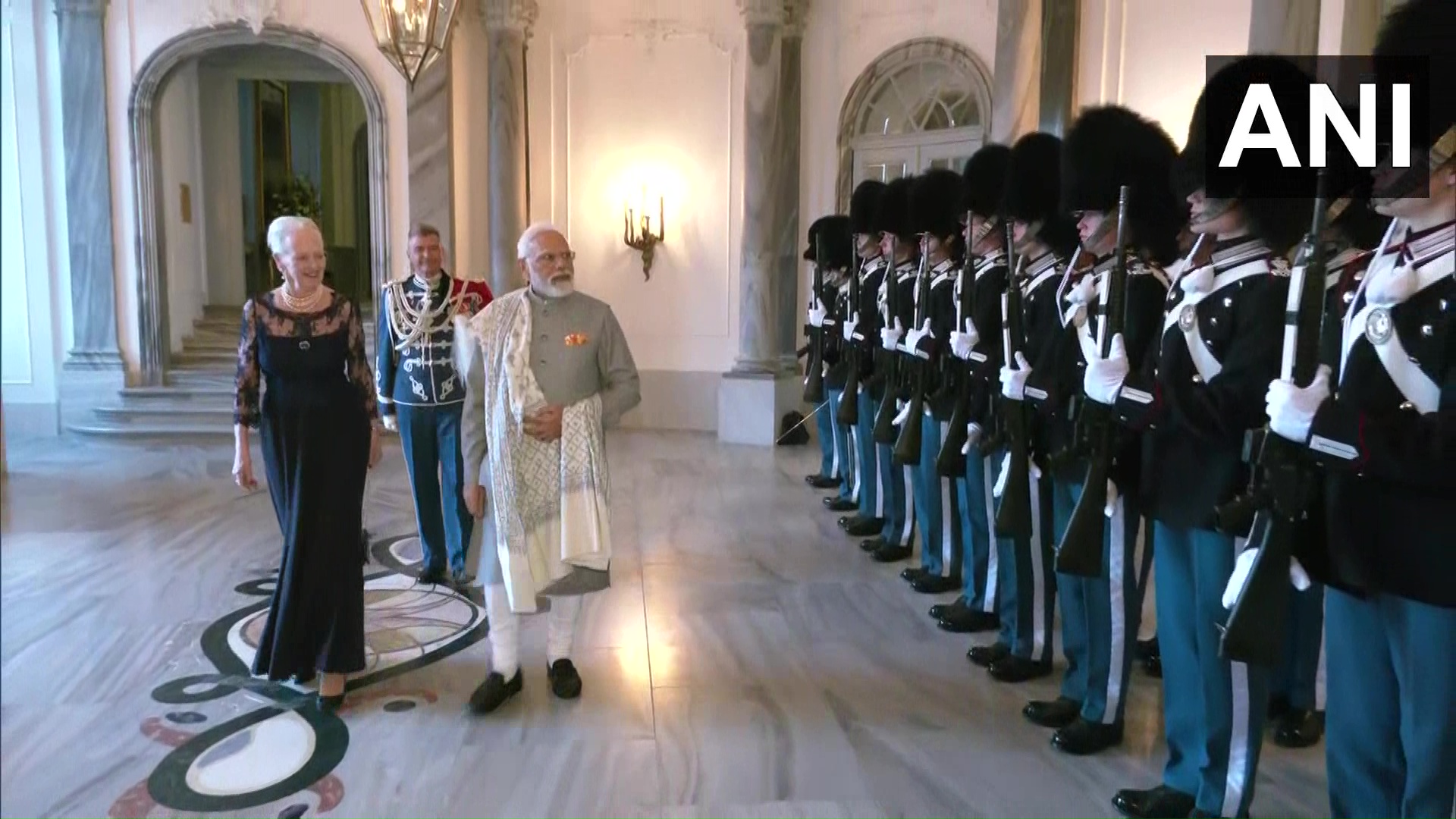 Earlier in the day, PM Modi arrived in Copenhagen and met his Danish counterpart, Mette Frederiksen and went on to discuss the war in Ukraine among other regional and bilateral issues between the two countries.
In a light moment, PM Modi was also seen trying his hand at playing an Indian ‘dhol’ (drum) in Copenhagen, while interacting with the Indian diaspora in the European country. 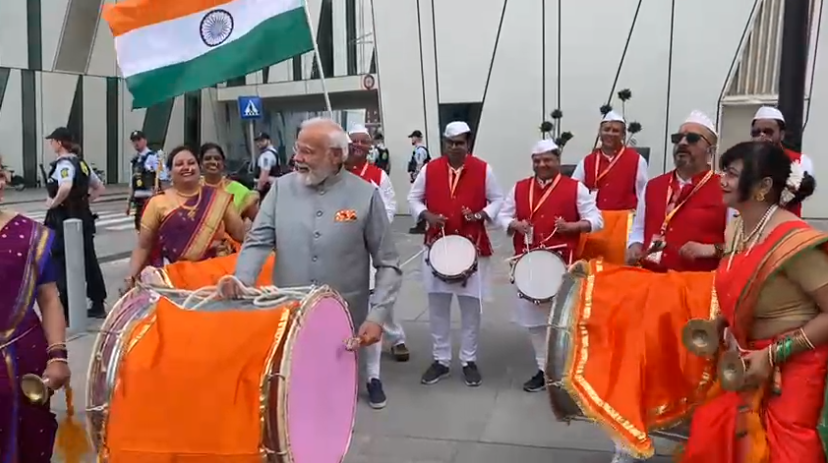 PM Modi and his Danish counterpart Frederiksen also addressed a joint press statement where several agreements between India and Denmark were officially signed.
“We share many values. We are two democratic nations, we both believe in a rule-based international system. In times such as these, we need to build an even stronger bridge between us. As close partners, we also discussed the war in Ukraine,” Danish PM Frederiksen said.
The two leaders also held delegation-level talks in Copenhagen to review progress in the Green Strategic Partnership between the two countries.
He also took a private tour of the residence of his Danish counterpart Mette Frederiksen. The Prime Minister was accompanied by the Danish PM during the tour.
PM Modi is scheduled to take part in the second India-Nordic summit on Wednesday, before departing to Paris where he will meet the newly re-elected French President Emmanuel Macron. (ANI)

Mon May 9 , 2022
Publication’s UK editors select the best hotels in Mexico worth the long flight time Los Cabos, Mexico – Conde Nast Traveler, a leading consumer travel magazine, conducts numerous reader surveys of the world’s best hotels, resorts and destinations. But when its editors speak, everyone listens. These well-traveled experts have an […] 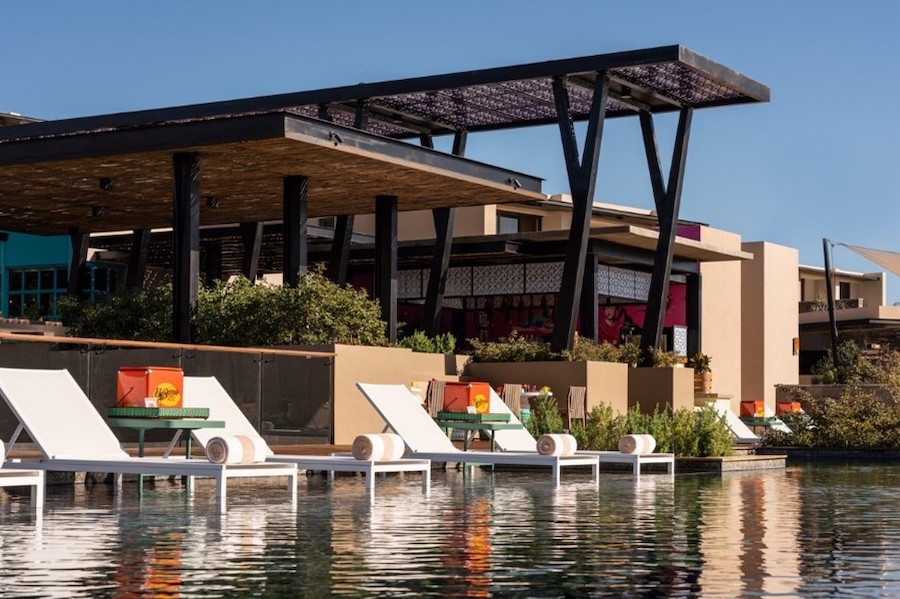