Mexico City is a vibrant and energetic city. And as such, it must be experienced. So much so that one visit is not enough. There is always something to see, something to try, and many streets to explore.

Therefore, the first recommendation to anyone visiting the Mexican capital will always be the following: choose your accommodation well, and you need to rest well every night not to miss anything. With this in mind, the JW Marriott Hotel Mexico City is one of the best options.

A must-see place in Mexico City is the Chapultepec Forest, the green lung of the big city. And near this magnificent green area, the JW Marriott Hotel Mexico City in the Polanco neighborhood is a great option: you can walk there in less than five minutes, and, in addition to comfort, it will offer you an incredible panoramic view of the infinite mass of vegetation of one of the oldest and largest urban parks in Latin America from its highest floors. Those who want a more informal, daring, and creative lodging can always book a room at its neighbor (door to door) and brother: the W Mexico City.

A walk through history awaits you in Chapultepec. Here, Moctezuma built an aqueduct, and Hernan Cortes set out to conquer the Spanish Crown. The Niños Heroes defended the Castle against the American invasion, which today houses the National Museum of History, but which in the past served as lodging for viceroys, archdukes, and even Porfirio Diaz himself, the president who was the one who served seven terms as President of Mexico. After Díaz declared himself the winner for an eighth term, his electoral opponent, Francisco I. Madero issued the Plan of San Luis Potosi, calling for armed rebellion against Diaz, leading to the outbreak of the Mexican Revolution.

The building is a baroque and neoclassical jewel in itself. Still, the interior spaces of this old fort are also remarkable, where paintings, drawings, engravings, furniture, and household goods compete for the visitor’s attention. A gala carriage and a marble bathtub here, a Mayan codex there, and even a tzompantli or wall of skulls displayed without qualms to remind us that there was a time when the pre-Hispanic Indians had to defend Tenochtitlan against the European conquest.

However, it is the colorful murals and altarpieces that portray the different historical stages of Mexico that are the lords and masters of the Chapultepec fortress. The battles, the constitution, the dictatorship… and the revolution were well portrayed by the master David Alfaro Siqueiros, one of ‘The Three Greats,’ along with José Clemente Orozco and Diego Rivera. Let’s remember that the objective of the most outstanding Mexican muralist artists was to try to bring art closer to the people through grandiose interventions in public spaces, something impossible with easel works.

And just a few minutes from this palace, there is another more modern one, with more than 300 rooms and suites. The JW Marriott Mexico hotel stands out among the category proposals with a critical location.

This luxury hotel, as sophisticated as it is modern, is located in the heart of the Polanco neighborhood, the best area to stay and tour the city. But not only for the undisputed experience of this historical chain but also for the impressive architecture that houses the hotel, the work of the Sordo Madaleno Group, which in the 1990s gave shape to its modern and avant-garde style that is still in force today. The enormous square opening that shelters the hotel’s pool and outdoor area is perfect for admiring the National Auditorium and the lush Chapultepec Forest.

The hotel’s outdoor pool, overlooking the National Auditorium and located in the building’s imposing architectural opening, is one of the great attractions of this Mexican luxury establishment.

One of the Most Prosperous Neighborhoods

Undoubtedly, the Polanco neighborhood is one of the most prosperous places in Mexico City, noted for its luxury stores along Avenida Presidente Masaryk, the most expensive street in the Mexican capital. In this ever-growing area, we find the completely renovated JW Marriott Mexico for a luxurious lodging experience.

Polanco was originally an area of family residences, but everything changed in the mid-1980s. Sometimes referred to as the Beverly Hills of Mexico, the site has one of the densest concentrations of luxury shopping in the country, with stores like Louis Vuitton, Prada, Fendi, or Burberry, as well as shopping malls, restaurants and fantastic museums like the Soumaya, unique for its design and avant-garde.

For this reason, it is not difficult to say that, possibly, next to Paseo de la Reforma, this is one of the best areas to stay, whether on a leisure or business trip.

It’s time for dinner, and since we’ll be sleeping in Polanco, it’s time to explore the neighborhood: a traditional dish from chef Edgar Núñez at Comedor Jacinta, or perhaps a tomato, chard and quesillo tamale at Eno, the freshest option from the multi-award winning Enrique Olvera? Although we can also choose to stay on the terrace of the Xanat restaurant at the JW Marriot Hotel and try some of its Mexican classics. They can also be ordered a la carte in the morning. Chilaquiles verdes and huevos rancheros, now that’s love (for breakfast) Mexican style.

Xanat uses local, seasonal ingredients to provide a complete flavor experience. Classic Mexican dishes can be enjoyed to the fullest both inside the restaurant and on the outdoor terrace.

The JW Marriott Mexico Hotel stands out for its enormous 26-story facade that houses more than 300 rooms, restaurants, a vast lobby, a double entrance, and eight meeting rooms.

From its rooms, it is possible to see the Paseo de la Reforma, the National Auditorium, and even the Chapultepec forest and castle, which can be reached in about 15 minutes by car.

The 269 rooms and 45 suites were renovated to celebrate the modern style of Polanco, with earthy colors that blend with the large windows with panoramic views.

In addition to the large dimensions of the rooms, which allow for a comfortable furniture distribution, we find marble bathrooms and selected toiletries.

Among its amenities, it is impossible not to highlight its beautiful outdoor terrace crowned by a swimming pool surrounded by lounge chairs and a relaxation area called Serenity Terrace for greater privacy and guests’ relaxation.
All rooms have high-end entertainment centers to enjoy streaming services like Netflix and premium channels.

A hotel is designed for those looking to enjoy the city and business travelers looking for the warm feeling of home and comfort in their accommodations.

Of course, it has a huge fitness center with everything necessary for cardio and weight training.

Undoubtedly, the combination of such a particular location as Polanco, combined with its completely renovated rooms and the typical luxury experience of the brand, make the JW Marriott Mexico a favorite for any traveler who knows how to enjoy the small and big details.

Sun Nov 20 , 2022
The Capital One Venture X Rewards Credit Card has another new perk: an opportunity to purchase or redeem miles for cardholder-exclusive trips. Capital One has teamed up with travel company Prior to offer curated luxury vacations for Venture X cardholders, along with a complimentary subscription to Prior’s global travel guides […] 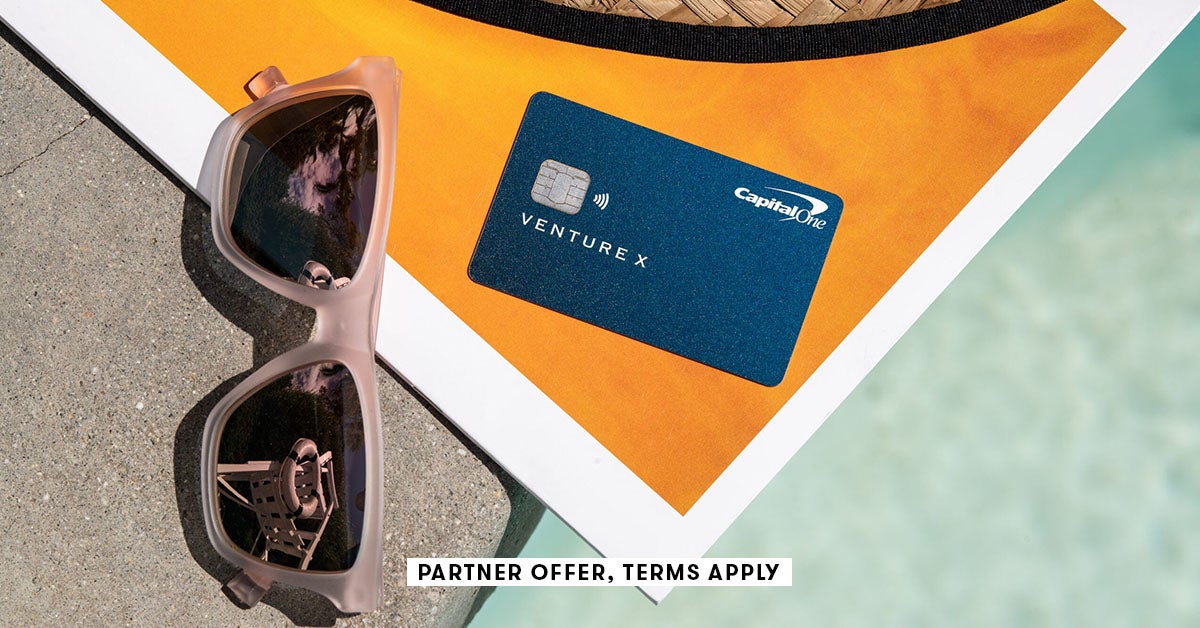