Skip to content
(CNN) — Panama’s Bocas Bali resort seemingly had it all.

Sixteen luxurious overwater villas on a private island in the Caribbean Sea. A 70-foot freshwater pool and spa. An enviable commitment to sustainability thanks to the exclusive use of solar energy. Fine dining in a restaurant set inside a 100-year-old house.

But there was just one thing missing. A beach.

Until now, that is. The adults-only resort, located in Panama’s Bocas Del Toro province, has just revealed what its owner refers to as the “world’s first aerial beach.”

Named Kupu-Kupu — borrowed from the Indonesian word for butterfly — the beach is approximately 90 feet long and 20 feet wide. Built on pilings over the water, it features white sand, palm trees, lounge chairs and a bar. A 10-foot-wide wooden boardwalk connects it to the island.

Green quartz-tiled stairs offer access to the waters below, where guests can go snorkeling and kayaking, among other non-motorized water sports on offer.

“It had to be extraordinary”

According to Bocas Bali owner Dan Behm, much consideration was taken when designing the structure.

“When we were first introduced to the private island I needed a little convincing to see past the absence of a white sand beach, but the island had everything else and some things I didn’t even know I wanted, so we started to think about how we could construct a beach that looked to be part of the island without any negative impact to the mangroves, coral or surrounding sea life,” he tells CNN Travel via email.

“After we researched the more traditional manmade options, we realized we were going to have to get creative and we did.”

Andres Brenes, an architect from Costa Rica, developed the initial design for the beach says Behm.

What makes it a world first?

Green quartz-tiled stairs descend into the waters below.

Global travelers may balk at claims the beach is the first of its kind, given artificial beaches can be found in destinations all over the world.

Asked what makes Bocas Bali’s beach a ‘world first’, Behm says they have done extensive online searches and have yet to find another beach built on pilings over the water.

“We know of several floating beaches in the world (where the beach is built directly on top of the water) which would have been a lot easier, but was not possible in our case as they would have damaged the mangroves and coral,” he says.

“In addition none of the engineers and global consultants have been able to identify anything like our aerial beach. It is possible that there is one somewhere that we have not been able to locate. If you can find another one we are highly interested in seeing it. If there is another one, it certainly does not have an entry into the water that is anything like ours.”

“The hardest part was building the pool-like steps and base in place over the water then lowering the structure into the water. This was tremendously stressful and no one, even Marazul (the project management team) knew if we could pull it off.”

It took about nine months to construct, he adds.

As for the sand, Behm says it’s locally sourced and easy to maintain.

“The winds are very mild so most of the sand stays in place — 90 drains positioned on the beach allow the water to go through but not the sand. The palm trees are planted in soil-filled barrels built into the structure so they do not interfere with the natural environment while adding that sought after Caribbean island aesthetic.

“It really is an engineering marvel. The staff rakes the sand each morning and they will bring in more sand if needed and at most, once a year.”

So far, he says guests have had a very positive reaction to the new beach, as it feels like a natural extension of the island.

Bocas Bali hasn’t been without a beach for that long, as it only just opened in September of 2021.

Set on Panama’s Frangipani Island, its 16 stilted overwater villas were crafted in Bali then shipped to Panama. Some come with private pools, others have a glass floor inlay, allowing guests to view the sea life below. A series of bamboo treehouses are now under development and due to open this year.

Bocas Bali is being promoted as 100% off-grid — catchment basins store 100,000 gallons of rainwater, while electricity is generated by solar panels.

Tue Apr 26 , 2022
A novel project that promised to deliver deeply discounted lodging near the coast via hundreds of comfy sleeping pods drew high praise three years ago when it won the unanimous support of San Diego Port Commissioners. “I love the concept,” said one commissioner. “I’m really excited about this,” enthused another. […] 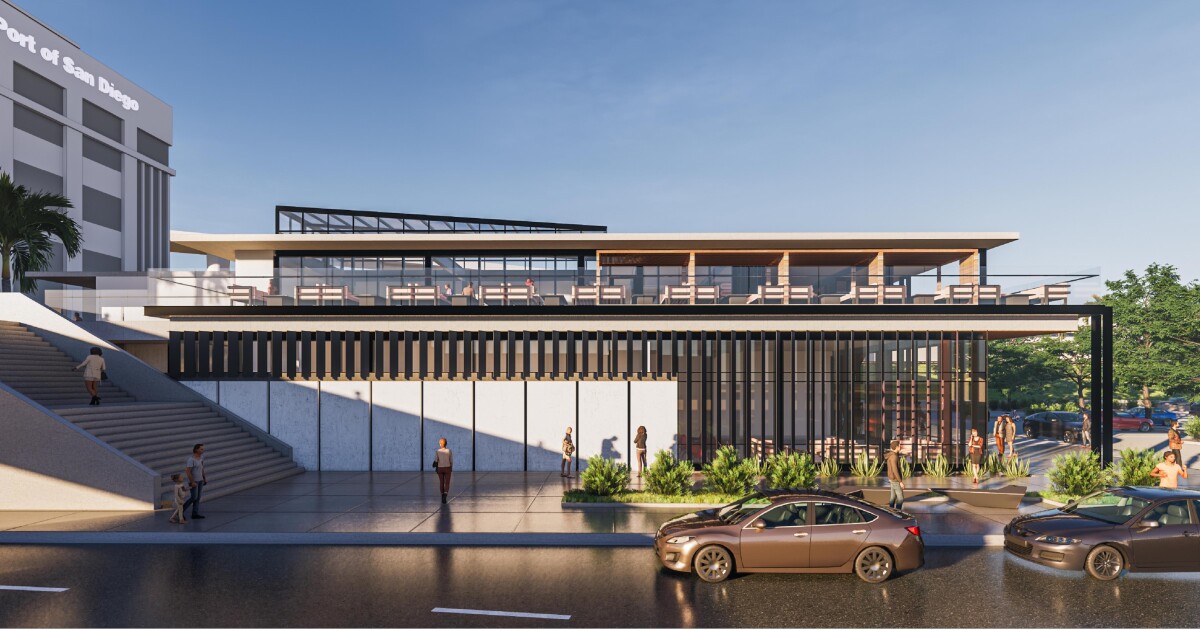