On March 23, an undated video started making rounds on social media platforms in which a man could be heard alleging that a Delhi hotel denied him accommodation that he had booked earlier via OYO. Islamists have claimed that the incident took place in the light of alleged ‘communal disharmony’ spread by filmmaker Vivek Agnihotri’s latest movie ‘The Kashmir Files’.

Sharing the video, the National Spokesperson of Jammu & Kashmir Students Union, Nasir Khuehami claimed that a Kashmiri man, was denied accommodation in The Pleasant Inn hotel, which is a flagship OYO Hotel. The man who was allegedly denied accommodation was not visible in the video, but a woman employee at the reception can be seen.

Impact of #KashmirFiles on ground.

The man, who was visibly irked as he was not able to check-in, demanded an answer why he was being denied accommodation. He said, “I am giving you my identity card. Here is my Aadhaar Card. Why are you denying it?” When the female employee said she had orders not to give room to anyone with an ID from Kashmir, he said, “I can give you passport as well.” As Kashmir’s address was mentioned on the passport, it was denied as well.

A few seconds later, the woman called someone, possibly the manager of the hotel, and told him what was happened at the hotel. When she asked the manager to talk to the customer, he told her to tell the man from Kashmir that there were orders from the Police not to give accommodation to anyone holding an identity card from Kashmir.

While sharing the video, Nasir blamed the incident on filmmaker Vivek Agnihotri and said, “Impact of #KashmirFiles on the ground. Delhi Hotel denies accommodation to Kashmiri man, despite provided id and other documents. Is being a Kashmiri a Crime.”

The video was also shared by RJ Sayema as well who blamed Vivek Agnihotri for whatever was happening.

While many are projecting that the incident happened due to the alleged communal differences created after the release of The Kashmir Files, in reality, there have been many instances in the past where people from Jammu and Kashmir were denied accommodation in hotels for various reasons.

In 2019, a hotel manager from an OYO hotel in Jasola Vihar was warned by OYO for denying accommodation to a Kashmiri man. At that time, OYO said in a statement that it was an isolated incident and they do not discriminate against anyone.

Twitter user The Hawk Eye also shared screenshots of similar reports dating back to 2016 while replying to RJ Sayema.

Yes everything is on Vivek. Now check the dates of incidents. This is controversial since many yrs. Some cases may be consequences of security measures. But whatsoever may the reason, let’s drive our agenda against The Kashmir Files & incite people. pic.twitter.com/WMPZeEDjsx

Therefore, there no justification in blaming The Kashmir Files for someone refused accommodation by a hotel. Several such incidents have occurred in the past, before the release of the movie. Moreover, it is not even clear when the incident in the video took place. It is possible that the video could be old, and the incident might have took place before the release of the movie.

It is notable that the video was first uploaded on YouTube by several persons, and none of them had mentioned The Kashmir Files. But later some people on Twitter started blaming the movie.

Vivek Agnihotri’s The Kashmir Files has brought the plight of Kashmiri Pandits to the mainstream. Several sections of society are trying to discredit the film as it does not suit their agenda. The film has been a blockbuster on the box office and is close to clocking Rs 200 crores worth of business very soon.

OpIndia tried to reach out to the hotel mentioned in the video but could not connect. There have been claims that the video is old. OpIndia cannot verify the authentication and timeline of the series of events including the date on which this particular incident happened.

A Stay at the Ritz-Carlton Golf Resort, Naples

Fri Mar 25 , 2022
In August, I was invited to come take a visit to the newly-remodeled Ritz Carlton Golf Resort in Naples. Funny enough, I actually ended up arriving at the Ritz Carlton Resort in Naples, to only find out I was at the wrong resort. An embarrassing 10-minute drive down the road […] 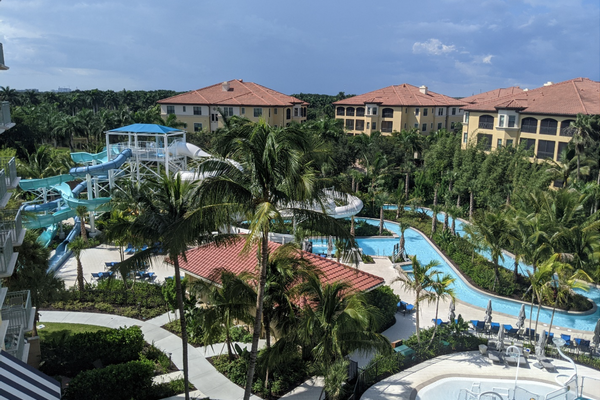