Check in every week for the unfiltered opinions of our writers and editors as they break down the hottest topics in the sport, and join the conversation by tweeting us @golf_com. This New Year’s edition, we look into our crystal balls to predict major winners, juicy storylines and how the rest of 2023 will play out.

Welcome to 2023! We got a new-look PGA Tour schedule complete with elevated events (the Sentry Tournament of Champions kicks off on Thursday), its rival league with a beefed-up slate of its own, a Ryder Cup in the fall and so much more. What are the one or two storylines every golf fan should be salivating over in 2023?

Ryan Barath, equipment editor (@rdsbarath): I believe the two biggest things to watch this year will be PGA Tour and LIV players congregating at the major championships, and how LIV will build out its yet to be released schedule. Although not officially pitted against each other on the golf course, I think there will be a palpable rivalry when these groups of golfers get together. I’m also extremely curious to see if another golfer will have a breakout year like Scottie Scheffler did in 2022.

Josh Sens, senior writer (@joshsens): Ryan’s right. The Tour vs LIV rivalry stands to be a compelling subplot in all the majors. Whether or not there is bad blood between the players themselves, they’ll be seen as proxies in a larger fight. Think about Cam Smith edging Rory last year at the Old Course. At that point, the expectation was that Smith would soon join LIV. But it wasn’t yet official. If he’d already signed on, people would have layered all kinds of additional symbolism onto his win.

Speaking of rivalries, the Ryder Cup always makes things more interesting. The US hasn’t won the event in Europe in 30 years. But the Americans are pulsing with young blood and the Europeans looked badly outmatched in the last cup. They are a team in transition. Which trend will win out?

Sean Zak, senior writer (@sean_zak): Team Europe is most interesting to me. For both the Solheim Cup and Ryder Cup. On the men’s side, it’s an overhaul of faces and names from a former era. It’ll be all we talk about in September. On the ladies side, can they do it again, and keep the Americans reeling?

We know all the craziness that happened in 2022, but now that some dust has settled does that mean 2023 will be more of a return to normalcy in the pro golf world? Or are we just getting started?

Ryan Barath: With the LIV vs. PGA Tour lawsuit pushed back to early 2024, I think it’s going to be mostly a return to normal. What has me very curious are all the big promises LIV has made but yet to backup heading into 2023. Where are the new signings? Where are the rest of the events? With COO Atul Khosla out after only a year have their plans been delayed or are they scrambling to secure sites for the rest of their schedule?

Sens: I don’t see how we top 2022 for tumult and contentiousness. But things could definitely get testy over world ranking points. How much time will pass before the OWGR comes to a decision about LIV? That issue isn’t going away, and it’s not going to get less heated. And, of course, Patrick Reed could always file a few more tragi-comic suits.

Zak: This new status quo of spicy statements and press conference headlines isn’t going anywhere. And I’d guess Phil Mickelson gets more involved on that front, too. We’ll learn more juicy details via the lawsuits. Governing bodies will have to make hard decisions. The majors will be MAJOR. It’s a fun rollercoaster ride. Hopefully the golf is good, too.

Which major-less pro finally gets their first this year?

Ryan Barath (rdsbarath): If there is one player that really needs to put his foot down this year it has to be Patrick Cantlay. He has played well the last few seasons, including some big wins and some, shall we say, career-padding-on-wikipedia type wins. But, like his on course demeanor, he’s been pretty quiet at the majors. Everything says his game should translate to something like the Masters or the PGA Championship but it hasn’t come to fruition. Maybe this is finally his year.

Josh Sens: Cantlay is a top contender for best player to never… But I’ll put my money on Tony Finau. Doubts still linger out there about his ability to rise to the biggest moments. But every player progresses differently. We know he’s got the talent. At this point, he’s got the necessary seasoning. Feels like his time.

Barath: I hate to make an obvious choice but I think Rory McIlory is ready to fire on all cylinders this year and will finish 2023 as the POY.

Zak: Xander Schauffele, with three wins, one of them at LA Country Club.

Ryan Barath: To gain speed and distance. Thanks to some training tools I picked up quite a bit of clubhead speed in 2022, and just like U.S. Open Champ Matt Fitzpatrick, my goal is to continue to build more speed and shoot some lower scores.

Sens: Gratitude. No grousing about bad shots, slow play, aches and pains or putting yips. Embracing the corny platitude about any day on the course beating a day at the desk, because, well, it’s true. The days and years fly by. Enjoy them. Unless your partner starts plumb-bobbing or straddling his putting line as part of their pre-shot routine. Then there’s every reason to feel sorry for yourself.

Zak: To finally become a 5-handicap. The road will be a lengthy one considering the recent shoulder surgery, but why not set a lofty goal? More rounds in the 70s, please!

Sun Jan 8 , 2023
Joohyung Kim, now more commonly known as Tom Kim, has signed a deal with Nike to wear the brand’s apparel and shoes. The Korean announced the news on social media, posting a video to Instagram of him wearing Nike apparel and the Air Zoom Tiger Woods ’20 shoes – the […] 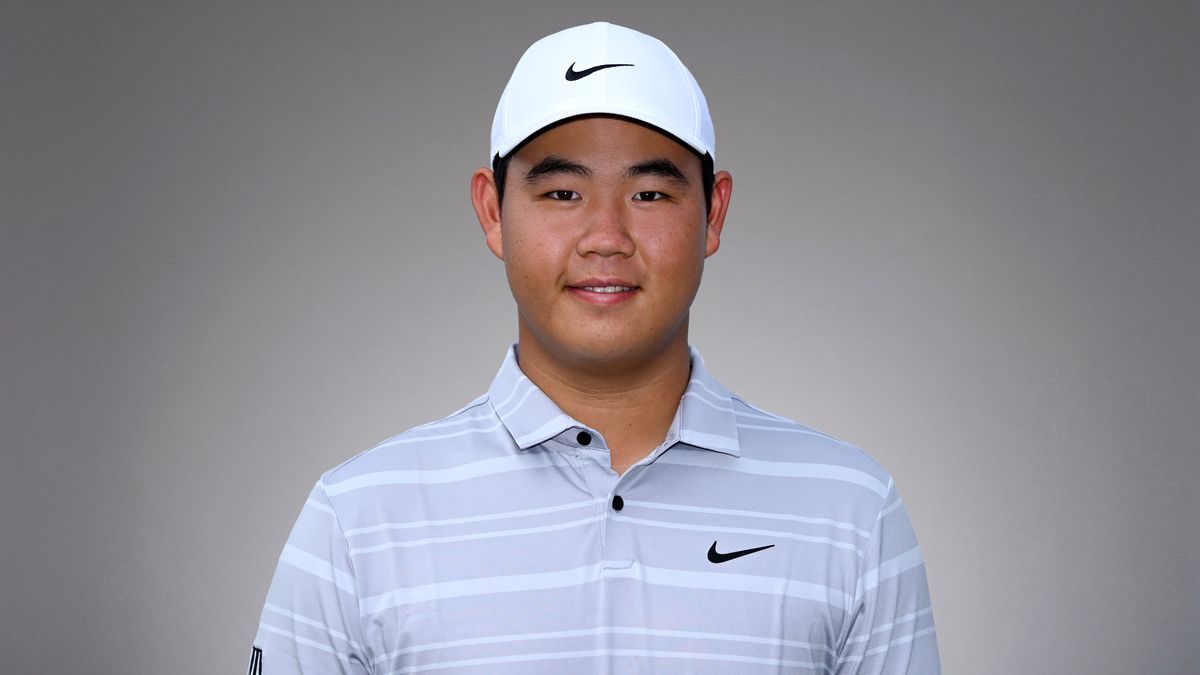