As the weather cools and the nights draw in, thoughts abound of escaping to a beautiful place around the world to find some warmth — and Nassau Paradise Island in The Bahamas is the ideal spot.

Nassau Paradise Island — which comprises Nassau, the capital of The Bahamas, and Paradise Island, accessed via a causeway across the lagoon — is a truly outstanding destination that comes as close as you could ever hope to being a place that offers something for everyone. Here are just a few of the reasons to make it the place to book your next winter holiday.

1. The endless blue skies (and even bluer seas)

If you’re escaping the British winter, the first thing on your list will — of course — be the weather.  And The Bahamas is probably about as close to perfect on that score as anywhere. It gets over 300 days a year of sunshine, with the best time generally from December to April when it’ll be warm, sunny and heavenly. And if the UK’s brutal summer heat has made you think twice about places that might be too hot, don’t fret: in The Bahamas the average daily highs through the European winter are around 25 or 26 degrees. 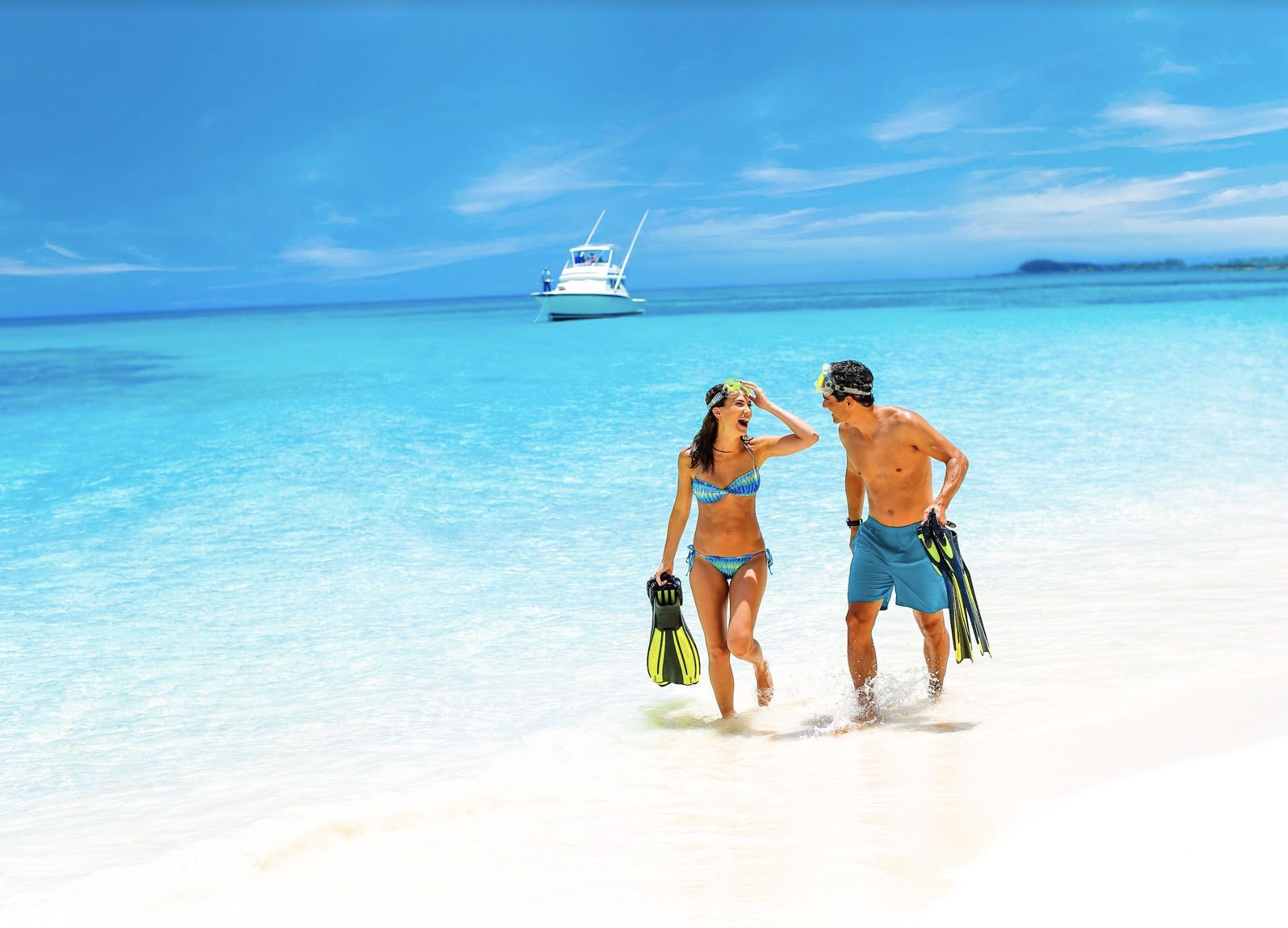 Finding a place that ticks all the boxes for everyone in your party isn’t always easy — do you go for a city full of culture and history, an active haven to keep sporty types on the move, or a destination with endless options to delight the younger travellers?

Nassau Paradise Island has all three covered. For culture buffs there are art galleries and museums, rum distilleries and plantations, and some of the best-preserved historic forts in the Caribbean, including Fort Montagu and Fort Fincastle. Then there’s the spectacle of Junkanoo, The Bahamas’ answer to Carnival in Rio, a spectacular Boxing Day and New Year festival that’s become so famous that there are now regular Junkanoo experiences and smaller events throughout the year  to give tourists a taste of the action. 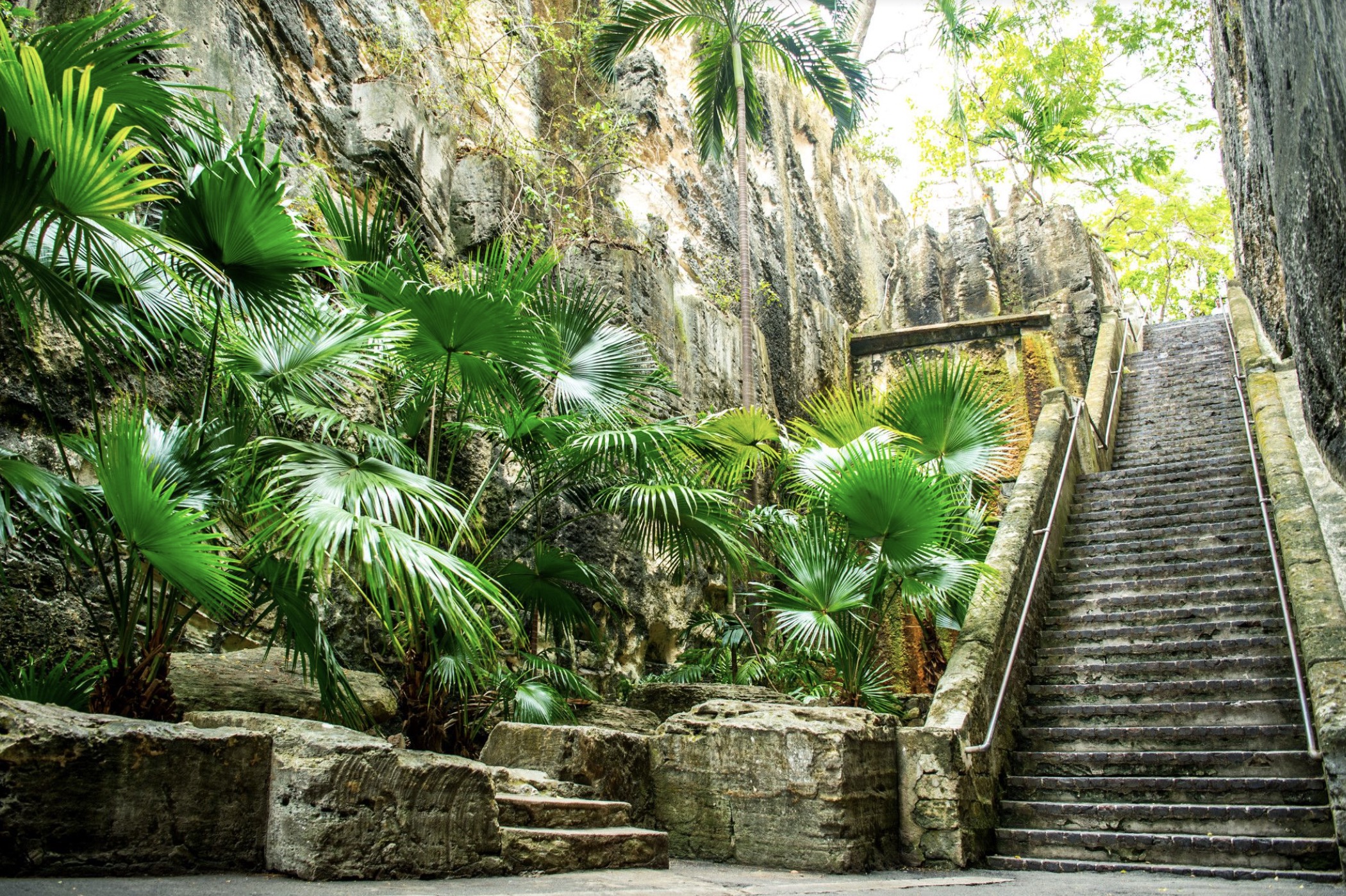 For those who love keeping active, there are world-class watersports where you can do everything from a spot of paddleboarding and sailing to scuba diving and swimming with sharks — or even swimming with pigs, on the island of Exumas! For those who like keeping their feet dry the Jack Nicklaus-designed Royal Blue at Baha Mar is rated among the top five in the Caribbean.

As for the younger ones? There are kids’ clubs and activities at hotels such as Atlantis Paradise Island, which also has a trump card to play: its own water park featuring a slide that shoots them down a Mayan pyramid. There are two more water parks in the area — Baha Mar’s Baha Bay and Margaritaville’s Fins Up Water Park — while in Nassau there’s another option that will hit the spot for the proverbial kids of all ages. The superb Pirate Museum in Nassau will let you thrill to tales of the island that was once the pirate capital of the Caribbean. 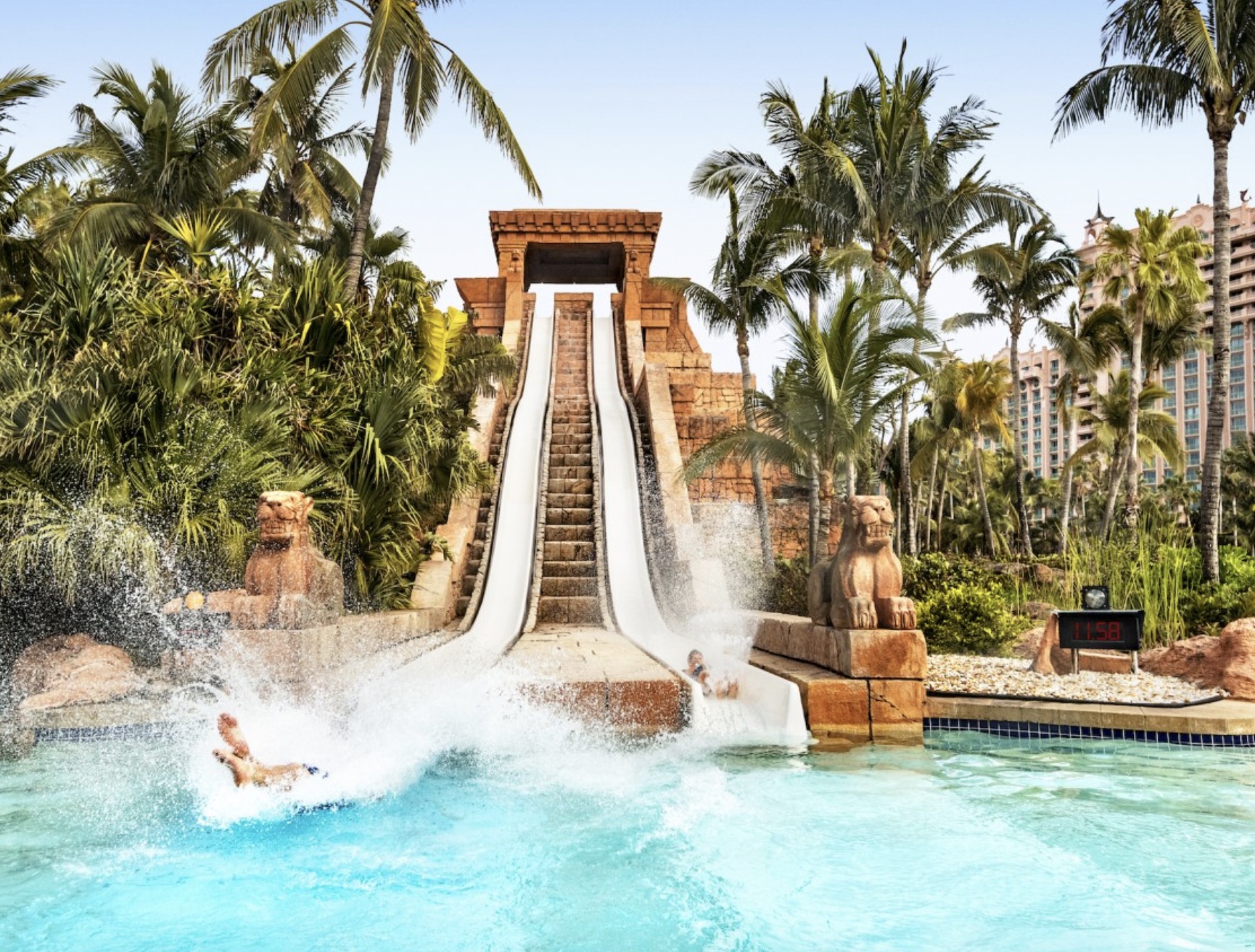 When the producers of James Bond bet the house on rebooting the series with Casino Royale in 2006, they needed jaw-dropping locations for 007’s escapades — and one of they key hotels used in the film was right here: The Ocean Club, A Four Seasons Resort.

This is no new-on-the-scene hotel, but instead a place with effortless sophistication that’s been drawing the world’s most discerning travellers since it first opened in 1962. Several of the Royal Family have stayed here, as well as everyone from Elvis Presley to Sean Connery. 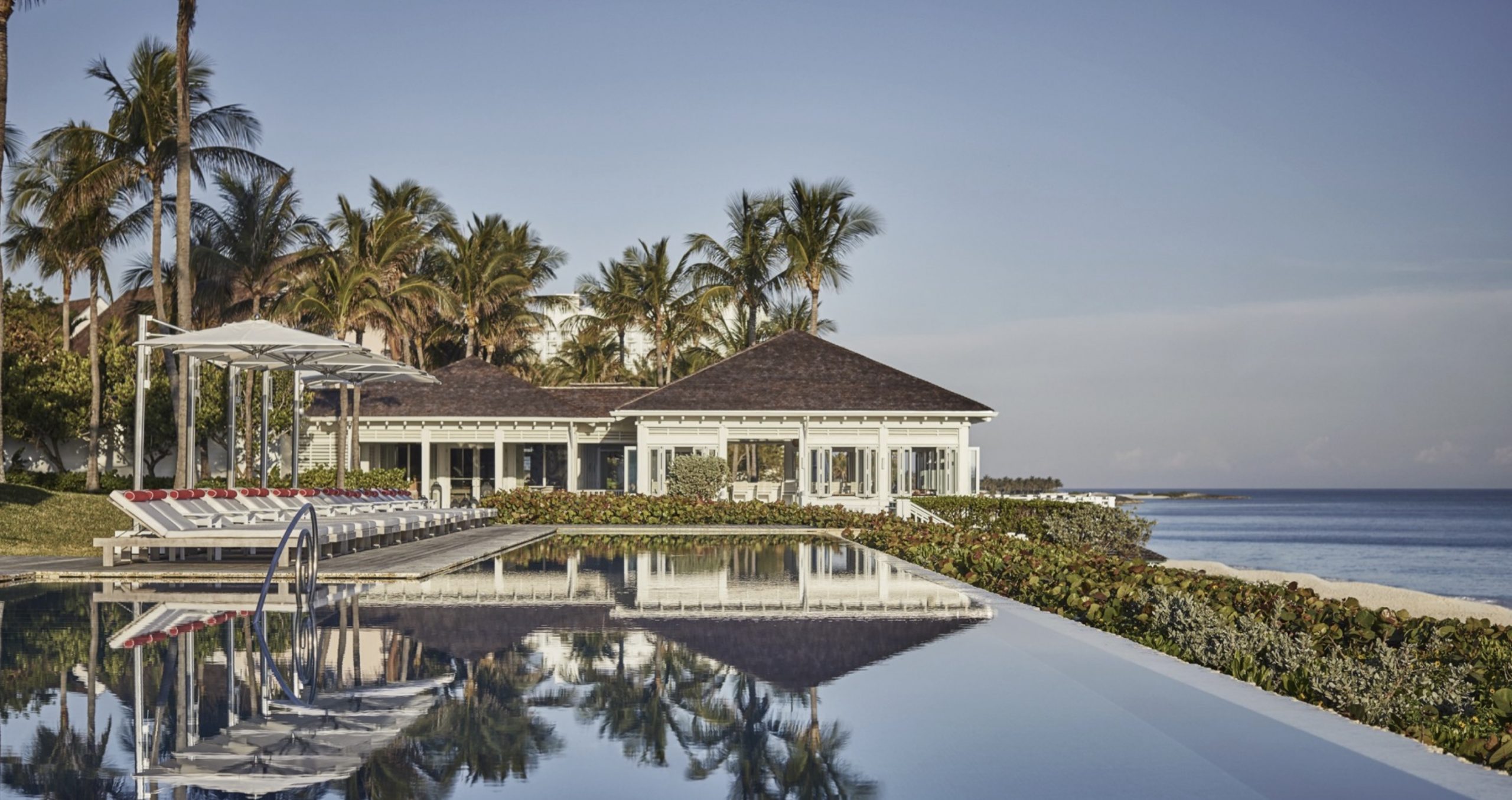 It’s not hard to see the appeal: The Ocean Club is stretched along a five-mile stretch of pristine sand on Paradise Island itself, with elegant villas set between the sea and exquisite grounds whose design was inspired by the gardens at Versailles. The whole place oozes quality, cool and calm — much like Bond himself.

No surprise, then, that Casino Royale wasn’t the spy’s first time in The Bahamas: Thunderball was also filmed here back in the 1960s. And with sophisticated nightspots, casinos and bars (including the glorious and iconic Art Deco Jazz Bar at the Grand Hyatt Baha Mar) Nassau Paradise Island is perfect for discreet, romantic holidays for couples. 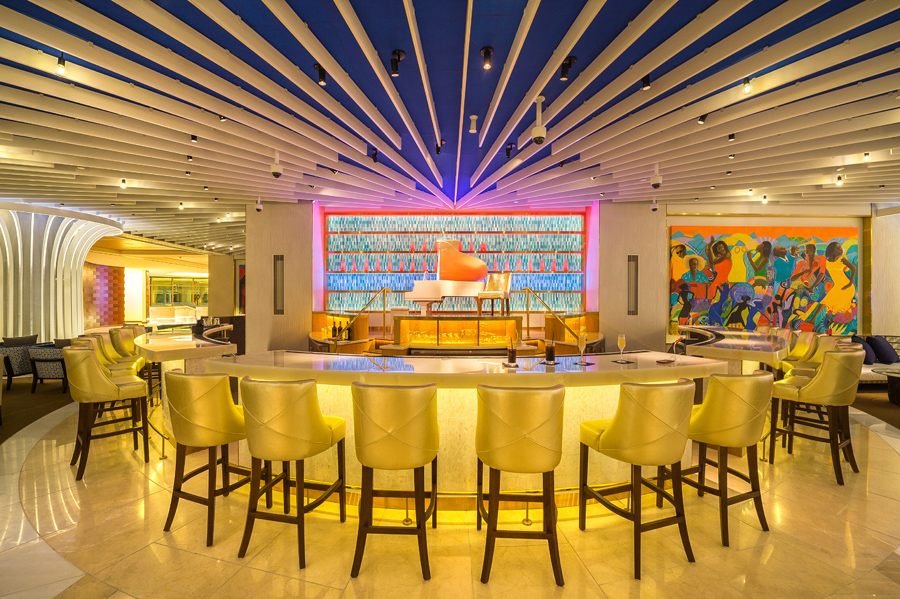 The Jazz Bar at the Grand Hyatt in Baha Mar. Photo: Tadeu Brunelli

4. The assault on the senses from stunning food

The biggest explosions on the culinary scene in the past few years have been fine dining and street food. While at opposite ends of the spectrum in one sense, both focus on the tastes which make for unforgettable culinary experiences, and Nassau Paradise Island offers brilliant options for both.  The aforementioned Ocean Club’s fine dining is Dune, created by Michelin-starred Jean-Georges, and there are other restaurants by big-name chefs with global reputations,  notably José Andrés who is the brains behind behind Fish at The Cove at Atlantis.

One option that is truly unique in Nassau itself is the Graycliff, located next to Government House in the 18th-century heart of Nassau. This boutique, old-school Caribbean hotel has a justly-famed restaurant that was voted the best in the Caribbean in 2019, thanks to a spectacular mix of local and European specialities,  and a genuinely world-class wine cellar. 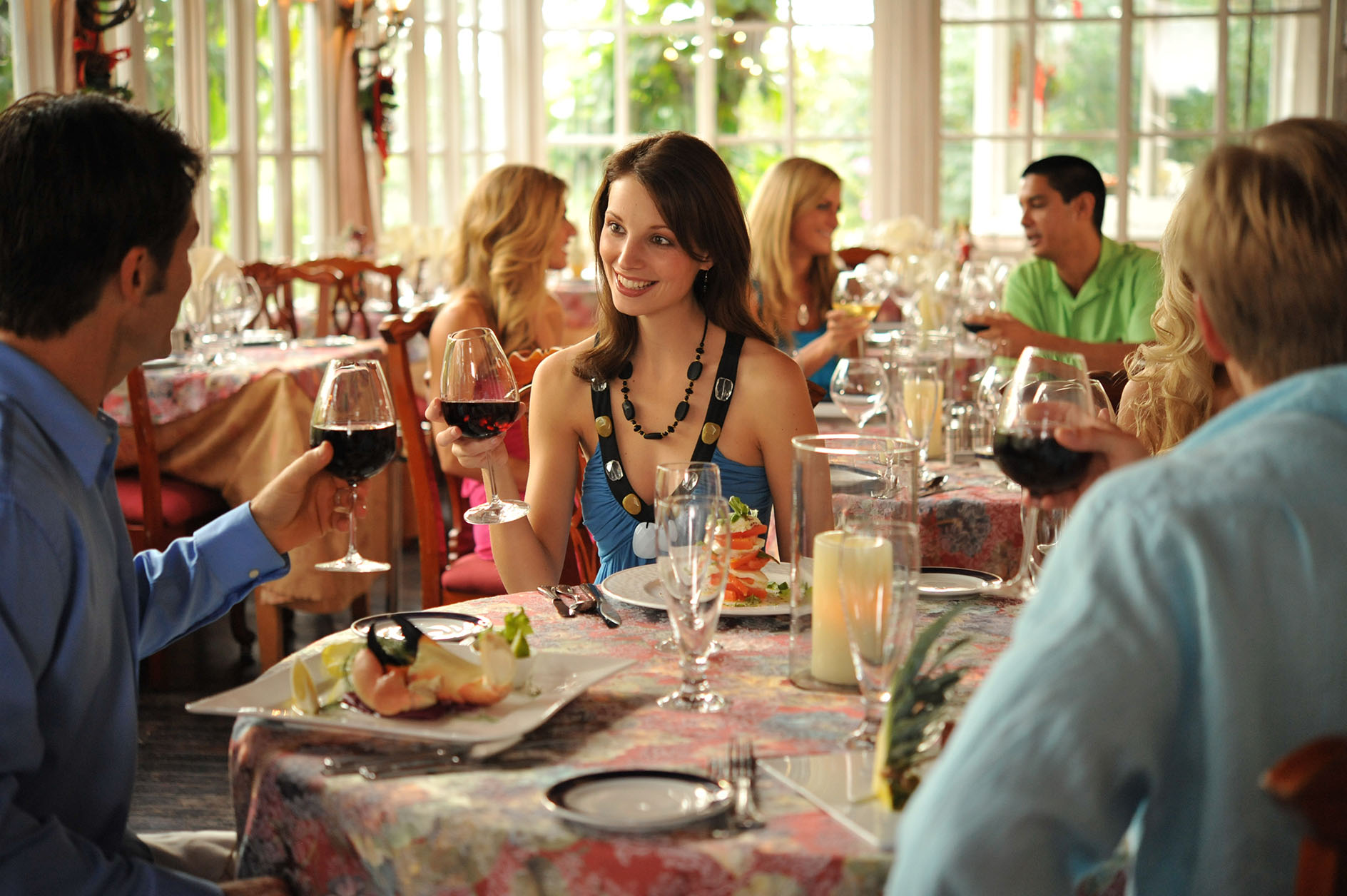 For the street food lovers, the true attraction is the Fish Fry at Arawak Cay. Don’t expect frills — don’t even expect cutlery, frankly, for this isn’t a single restaurant, but instead a street full of eateries on the harbourside. It caters to locals and tourists alike, serving grouper, snapper, conch and more that are hauled pretty much straight from the sea and into the pan. It has a fifty-year history, having been built on reclaimed land in 1969, and has been an institution almost since it opened, with genuinely passionate cooks whipping up mouthwatering dishes. You won’t go wrong, but Oh Andrews has a stellar reputation among locals, and if you’re looking for a place with a few more creature comforts, Twin Brothers is recommended. 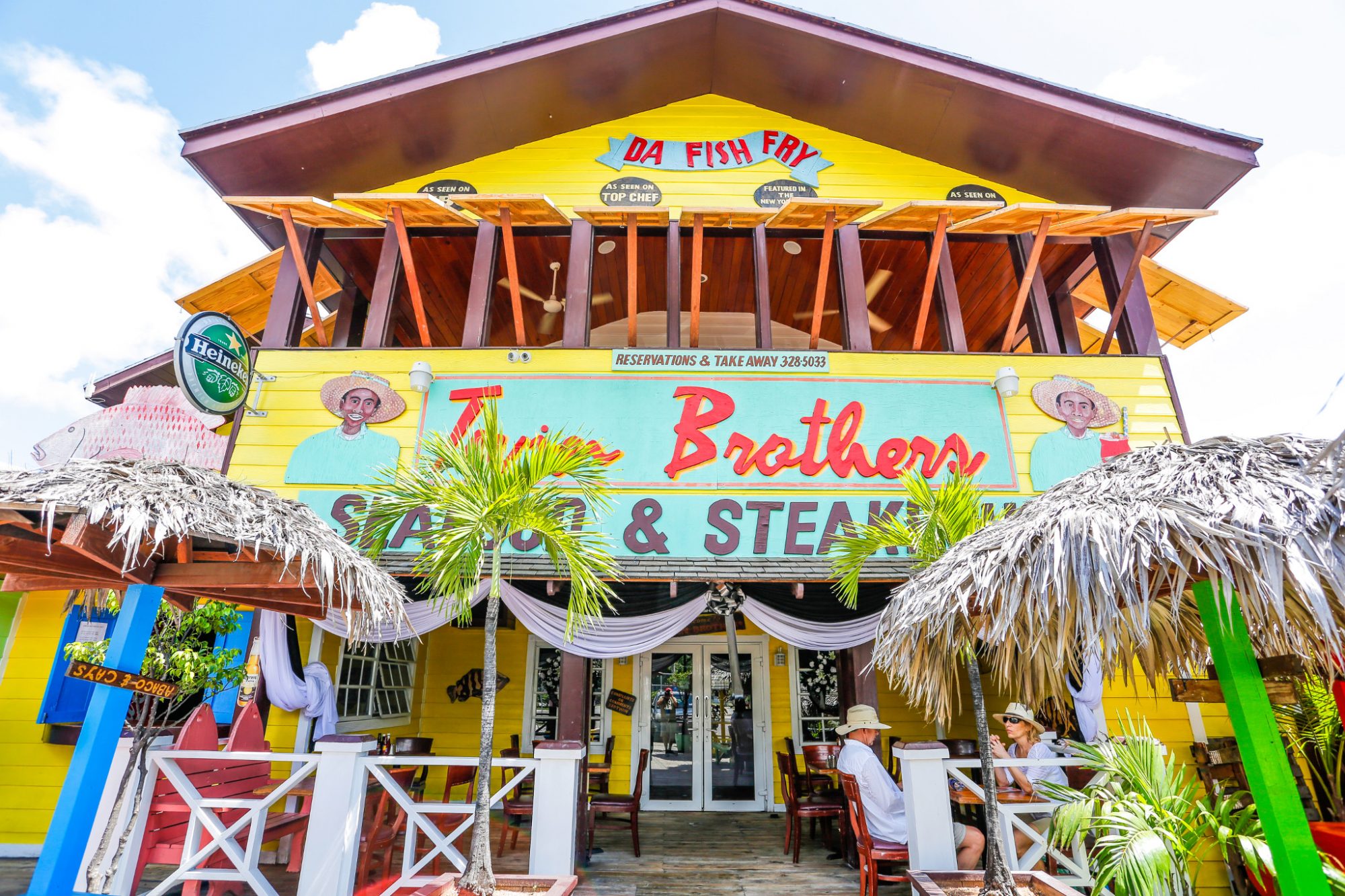 Twin Brothers is one of the hotspots at the Fish Fry on Arawak Cay. Picture: Nassau Paradise Island

5. Getting there is simple, flexible and quick

Recommended videos for you

Booking a long-haul winter sun escape can sometimes mean awkward departure days and airports that subtly eat in to your valuable time away — but there’s no tropical paradise more easily accessible from the UK than Nassau Paradise Island. This winter, British Airways will fly direct from Heathrow to Nassau six times a week, and Virgin Atlantic four times a week.

Book now at ba.com/bahamas, or find out more at www.nassauparadiseisland.com.

Five reasons to choose The Bahamas for your winter getaway 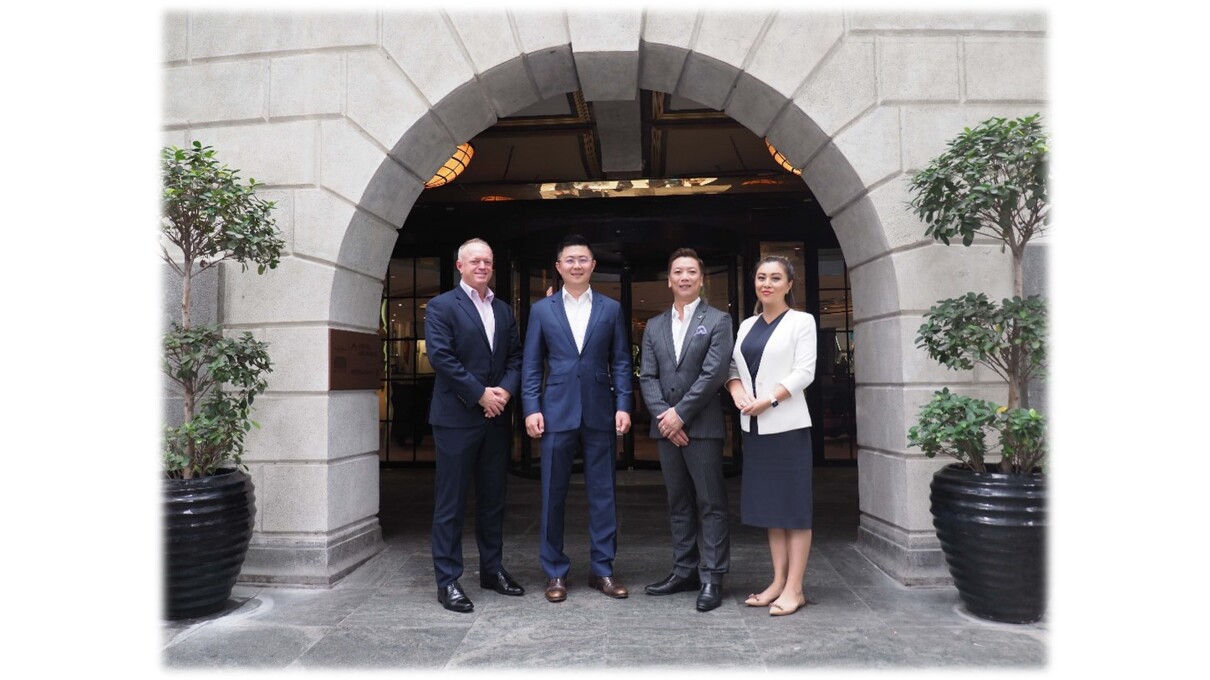