Upon my arrival, the serenity of Sharm el-Sheikh, Egypt’s resort city that hosted the United Nations 27th Conference of Parties climate talks (COP27), turned out to be immensely rewarding, especially considering that I had spent close to 30 hours travelling.

My journey had started the previous day, setting off from Arusha in Tanzania by road to Kenya’s Jomo Kenyatta International Airport from where I took an EgyptAir flight to Cairo International Airport and then to Sharm el-Sheikh Airport. With very long layovers at airports, my small body was insanely battered by the time I arrived in Sharm el-Sheikh.

Located on the picturesque Sinai Peninsula which stretches into the Red Sea, the Egyptian city is known for its long history of hosting international peace talks.

A diner at the Eltahrir Restaurant tops a dish of koshary with tomato sauce. Koshary is Egypt’s most popular dish. PHOTO | GILBERT MWIJUKE | NMG

Driving through the city, I noticed that although it is sprawling, the buildings are sparse — mostly high-end residential apartments and hotels — and it is astonishingly quiet and squeaky clean despite the construction going on at almost every turn.

From its origins as a fishing village, the city is now a booming and growing high-end tourist resort catering to the ever-increasing leisure tourists from around. Egypt receives more than 10 million tourists annually.

From the beginning of November, the city was welcoming tens of thousands of visitors for the COP27 meeting.

The swanky Naama Bay neighbourhood at the tip of the Sinai Peninsula, the jagged hills that rose from the desert, the miles of white sandy beaches and a warm winter weather makes Sharm el Sheikh a traveller’s haven. This is where most delegates were staying.

The writer at the bustling Abbas el-Akkad Street in Nasri, Cairo in Egypt. PHOTO | POOL

Just like Kampala, in Uganda, some bars here play loud music, especially on weekends, and once in a while, local musicians are lined up to entertain patrons.

I was staying at the Marina Sharm Hotel, which is a few metres from the Little Buddha, a bar and restaurant popular with tourists looking for some night-time fun. Its attraction is popular music from around the world and both alcoholic and soft drinks.

Naama Bay is people friendly and there are seats all over the streets where people can relax, meet with friends and even have drinks while soaking up the views of the beautifully-lit neighbourhood.

The nightlife is busy and entertaining.

Some of the streets are car-free zones, and usually crowded until past 2am, complete with Egyptian traditional dance performances.

I was lucky to catch a performance of a troupe performing the famous Egyptian belly dance to a cheering crowd that included Egypt’s Culture Minister Nevine El Kilany. I had all my meals at the Canaan Restaurant, and I enjoyed a plate of Kofta every time, which is ground meat mixed with onions, garlic and parsley usually served up with Irish potatoes or rice and a range of vegetables.

delegates meet in the Pacific Island pavilion at the Sharm el-Sheikh International Convention Centre on the first day of the COP27 climate summit in Egypt on November 6, 2022. PHOTO | LUDOVIC MARIN | AFP

Kofta was the closest to the food back home in East Africa. I had a choice of eating fast food at McDonald’s and KFC but I kept it local.

Away from food and drinks, it is clear that most shops here target tourists as they are full of souvenirs — jewellery, Egyptian leather products such as hand-made bags and knick knacks.

The people are friendly but like in any tourist city, can be a nuisance when pushing for a sale. If you happen to visit Sharm el-Sheikh, try out scuba diving and snorkelling, which are the most popular leisure activities here.

Sun Dec 4 , 2022
The tentacles of the LIV Golf vs. PGA Tour litigation seem to have no boundaries, and now the PGA European Tour has been pulled into the arena. The newest wrinkle to the ongoing professional golf saga comes via the U.S. District Court for the Middle District of Florida, where Magistrate […] 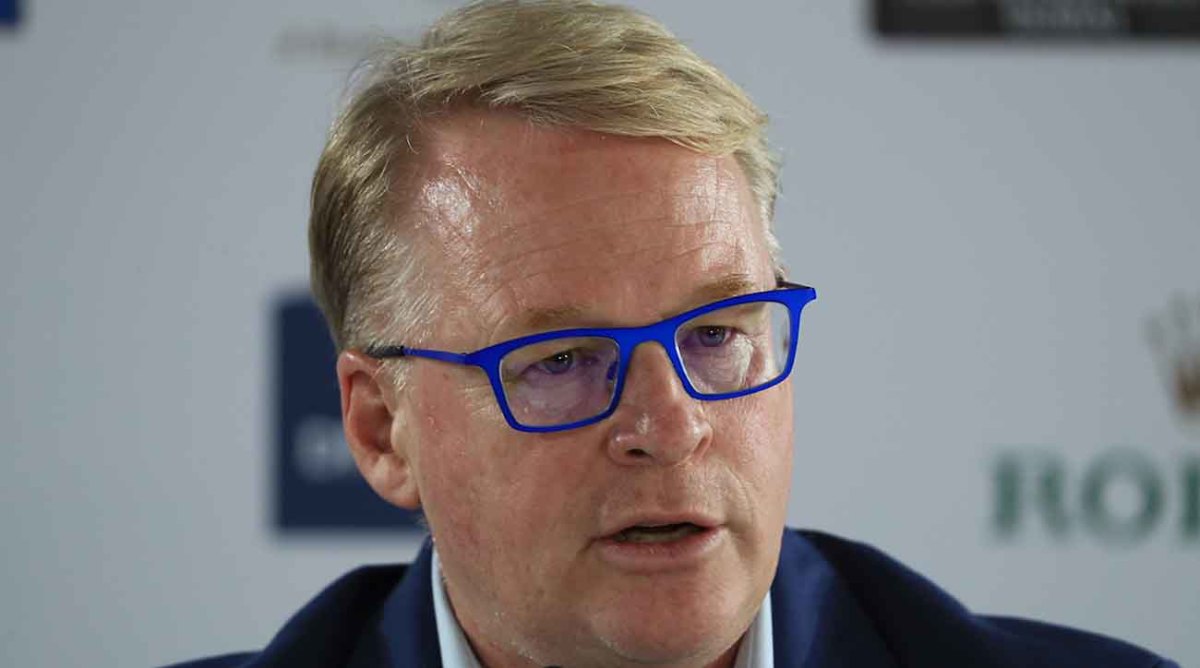