Outbound tourism is the bread and butter for tour operators in Colombia with the U.S. as the main destination. Yet, for most U.S. cities beyond Miami, this is still a vastly untapped source market.

More than three million Colombians traveled abroad in 2021, about half of them to the U.S. This meant a 136 percent increase versus 2020, and only 33 percent below 2019 highs, according to the Ministerio de Comercio in Colombia.

Indeed, Skift Research identified Colombia in its “Global Travel Economics 2019-2029” as one of nine countries that could be the biggest source of outbound travelers, adding 200 million new visitors collectively, by 2029. Senior Skift Research Analyst Seth Borko wrote: “We identified nine countries that we expect to approach or cross this threshold in the next decade: China, Iran, Mexico, Egypt, Indonesia, Thailand, Argentina, Brazil, and Colombia. These countries are worth paying attention to as, collectively, we expect them to add just over 200 million new international travelers over the next decade, representing 40% of growth in departures worldwide.”

The Asociación Colombiana de Agencias de Viajes y Turismo (ANATO), which represents travel agencies in the country, said trips to the U.S. grew 10 percent over pre-pandemic levels in 2021 and showed another six percent jump last January, in relation to the same month in 2019.

It’s no wonder then that in February the American International Trade Administration placed Colombians fifth among the top countries with citizens flying to the United States.

The U.S. Travel Association’s surveys show that 42 percent of Colombian international travelers are very interested in visiting the U.S. in the next two years. It estimates Florida will likely remain a top destination due to airline access and interests, while New York City and Washington D.C. are also appealing.

“Destinations like Las Vegas, San Francisco, Seattle and Chicago could easily be promoted in Colombia, where they currently don’t have connectivity and could be of great interest for the local travelers,” said Paula Cortés Calle, executive president of the tour operator group ANATO.

The San Francisco Travel Association has a country manager for both Colombia and Mexico, another one of its main source markets in the region. “Our marketing efforts in Colombia currently encompass public relations along with sharing product knowledge with travel partners.  We look forward to growing the market in the years to come for San Francisco”, an association spokesperson told Skift.

Destination DC, the DMO for Washington, was working with Copa Airlines and Aviatur in February 2020 to push out a promotion for the Colombian market, an initiative discarded due to the pandemic. Now they confirmed to be coordinating efforts with airports authorities — in some cases to support the flights- hosting so-called familiarization tours with top travel agents and tour operators in Colombia, giving agents training opportunities, and actively participating in events aimed at meeting planners in the South American country, as they see Colombia as a growth market for the meetings and events segment.

Destination DC CEO Elliott Ferguson added that the value of Colombian tourists relates to international travelers typically spending more time in the city and having a greater economic impact on the local community. “Our data tells us that Colombians also travel during the off season, the shoulder months that are key periods for hotels. Increasing the airline lift of daily routes to D.C. will enable us to welcome more Colombians to our city,” he said.

In the first two months of 2022, Colombians were within the top 5 of foreign visitors for the district. In those first two months, D.C. gained market share from Colombia compared to the overall U.S. “We are talking very small percentages but the message is positive”, said sources with Destination D.C.

The U.S. Travel Association confirmed a 13 percent jump in visitation from Colombians between 2019 and 2021. “In most months, the relative visitations compared to the same month in 2019 was the highest of any country,” its report reads.

Cortés Calle sees many more airlines offering routes to the U.S., especially on low-cost carriers. “But there’s other aspects as well, as the closeness between the two countries and the current flexibility to enter the territory”, she said.

Not a One-Hit Wonder

Historical data from Colombia’s Commerce Department suggests that six out of 10 Colombians who visit the U.S., come for leisure and vacations, and around 20 to 30 percent, to visit family and friends.

But when you dig deeper, you’ll notice most Colombians just enter the U.S. in Florida, but also only visit that state, particularly Miami. The South Atlantic Area was the place chosen by 77 percent of them in 2020, but also 70 percent in 2019, before the pandemic.

In that last year of “normalcy” in record, 38 percent of Colombian visitors entered through Miami, 14 percent through Fort Lauderdale and 12 percent through Orlando. Cortés Calle attributed this to the fact 68 percent of the flight frequencies between Colombia and the U.S. concentrate in Florida.

But even so, the Middle Atlantic area (NY and NJ) only got 18 percent of Colombian visitation in 2020; California accounted for about 10 percent, and the South Atlantic for 69 percent (Miami got 48 percent of that and Orlando close to 30 percent)

Marysol Castillo Palacio, director of the Tourism program at Universidad Javeriana de Cali, explained to Skift there’s multiple causes for this preference, like the psychological closeness of the natural scene, the weather, the Latin communities and Spanish speakers. “Colombians.” she said, “still prefer beach vacations in places like Miami, and they like to make family trips, a segment well-catered to by Orlando.”

Finally, she mentioned destinations in Latin America are still emerging in relation to the well-developed price-value relation Miami offers.

The U.S. Travel Association confirmed that “in the past, New York City and Washington D.C. were also top destinations visited (by Colombians) which is consistent with their interest in sightseeing in large cities, visiting iconic American landmarks, attractions and historical sites, including also outdoor recreation and adventure.”

Regarding if a further exploration of Colombia as a source market on behalf of U.S. cities would bring more business to local travel agents, Castillo Palacio warned that, although it could be an advantage for agencies dealing with emissive tourism, it would also mean losing business for those that sell local destinations.

Thu Apr 7 , 2022
Go Wild The first one, a 22-day journey called “Go Wild,” has a lot of outdoor activities and visits to tourist attractions in Hanoi like the Hoa Lo Prison, the Ho Chi Minh Mausoleum and Temple of Literature as well as a traditional water puppet that is unique to Vietnam. […] 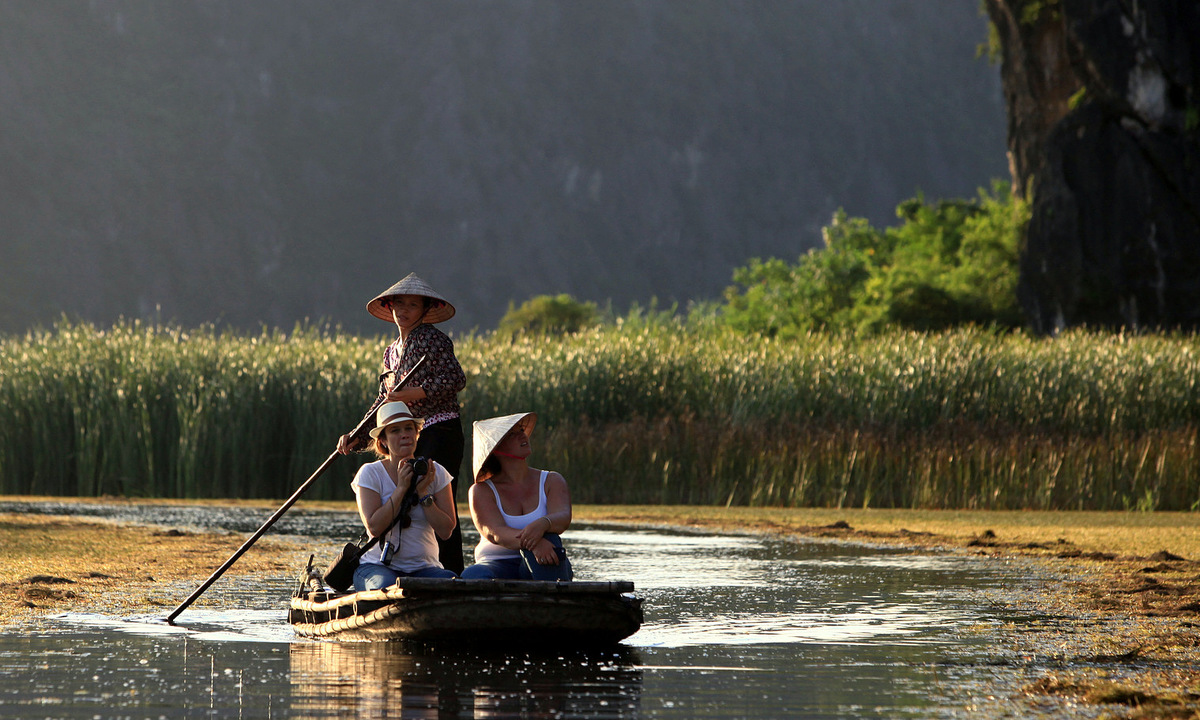