The city of Charleston has provided the Charleston Wine + Food Festival approximately half a million dollars in accommodations tax fund grant money since 2017.

This year, the festival will receive nothing due to its decision to move its flagship culinary village to North Charleston for the 2022 festival that took place March 2-6.

The accommodations tax is a product of funds gathered via South Carolina tourists, who are charged an additional 2 percent when they stay in short-term rentals such as hotels. South Carolina recently restarted the accommodations tax program that invites nonprofits to apply for grants, noting that there would be “sufficient revenue to award grants during calendar year 2022” in a Dec. 13 letter to previous grantees. Grant applications were not accepted in the past two years due to the COVID-19 pandemic.

Applications were due on Feb. 3, and city of Charleston funding was set at an Accommodation Tax Advisory Committee meeting in mid-April. Grants were approved and awarded at a Ways and Means Committee meeting April 26.

The Charleston Wine + Food Festival submitted an application for $150,000.

During the approval meeting, City Council voted against the $100,000 grant recommended by the Accommodation Tax Advisory Committee, electing instead to put the money back in the fund and invite the Wine + Food Festival to reapply this summer when applications for 2023 open.

All other grantees for the 2022 calendar year received the funds recommended by the committee.

“I would say let’s leave them out of the funding this year and ask them to come on back and let’s have a conversation with them and see what the plan is going forward,” Seekings said. “It’s clearly right that they do a bunch of events all around the place, but they have moved the center of operations to North Charleston, and if they’re going to settle there as their permanent home and that’s their long-term strategy, then we should get out now.”

Of the 34,918 people who attended the 2022 festival, 13,777 visited North Charleston’s Riverfront Park for the culinary village. Marion Square in downtown Charleston housed the three-day extravaganza featuring food and drink samples in each of the festival’s first 15 years.

“It definitely would be a loss to the marketing engine and how we promote and advertise the festival,” Maute Smith said, adding that the committee has awarded the festival grants in the past because it does not solely rely on the funds to remain solvent.

While the main stage moved to North Charleston, a recent study shows the festival’s economic impact on the entire Charleston area was up nearly $7 million from the 2020 event.

The annual study conducted by the the College of Charleston Department of Hospitality and Tourism Management found the festival had a $26,593,791 measured economic impact on the Charleston area over the five-day period. Visitors spent an average of $585 at local restaurants and retail stores during the festival, according to the report led by Daniel Guttentag, director at the college’s Office of Tourism Analysis, which works closely with the hotels, restaurants, attractions, events and tour operators that comprise the local visitor sector.

The report is based on surveys from 1,858 Wine + Food Festival attendees. According to Guttentag, the festival attracts an affluent crowd that is willing to spend money while visiting the area, and many out-of-town guests stay in downtown Charleston; 63.4 percent, according to the study. North Charleston hotels were occupied by 16.8 percent of the surveyed attendees, while 8.2 percent stayed in Mount Pleasant.

“We’re talking about a very significant positive benefit on this community,” Guttentag said. “Even beyond the heads and beds and the dollars and cents, it’s just a very important part of this city and the broader tourist sector.”

The culinary village will return to Riverfront Park in 2023, Maute Smith confirmed.

“The feedback has been overly positive,” she said. “From a logistical standpoint, it allowed us a lot of ease. … We were in four times the amount of space where at times some of the critical feedback from our previous location was that it felt overly crowded.”

North Charleston will welcome the festival back in 2023, Director of Tourism Amy Heath said.

“I think it was successful both for them and for us. We will make it better every year moving forward,” Heath said. “From a city perspective, we were very honored to have their event.”

According to Heath, accommodation tax funds have been granted to the festival in the past and could be an option the city revisits in the future.

Salt Lake County is the future of travel 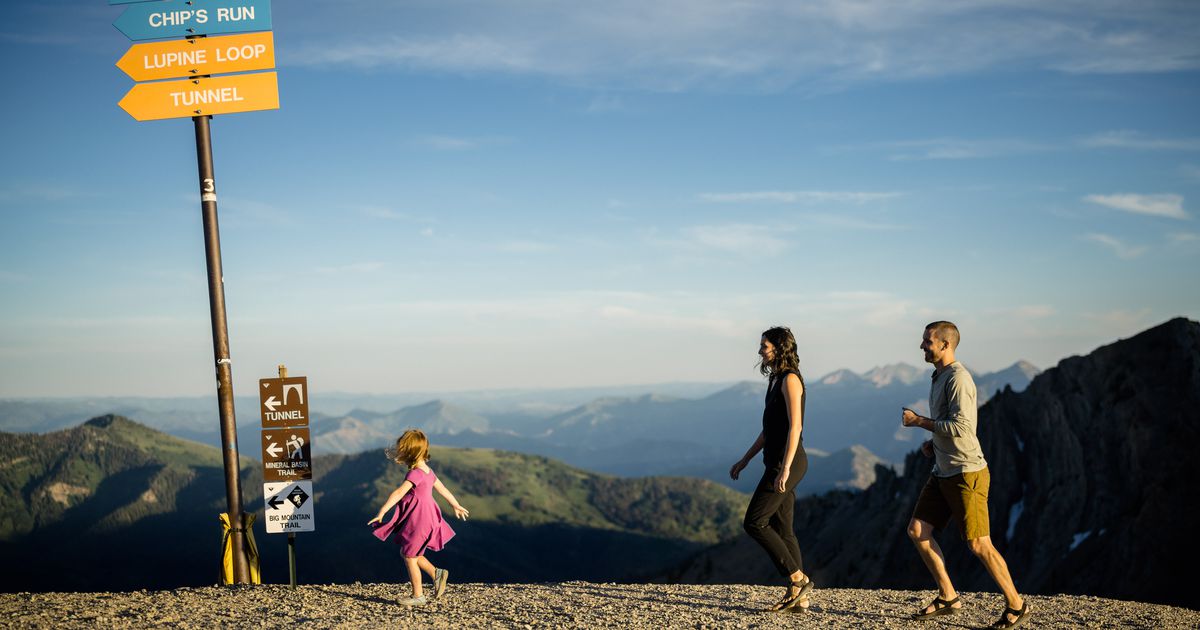