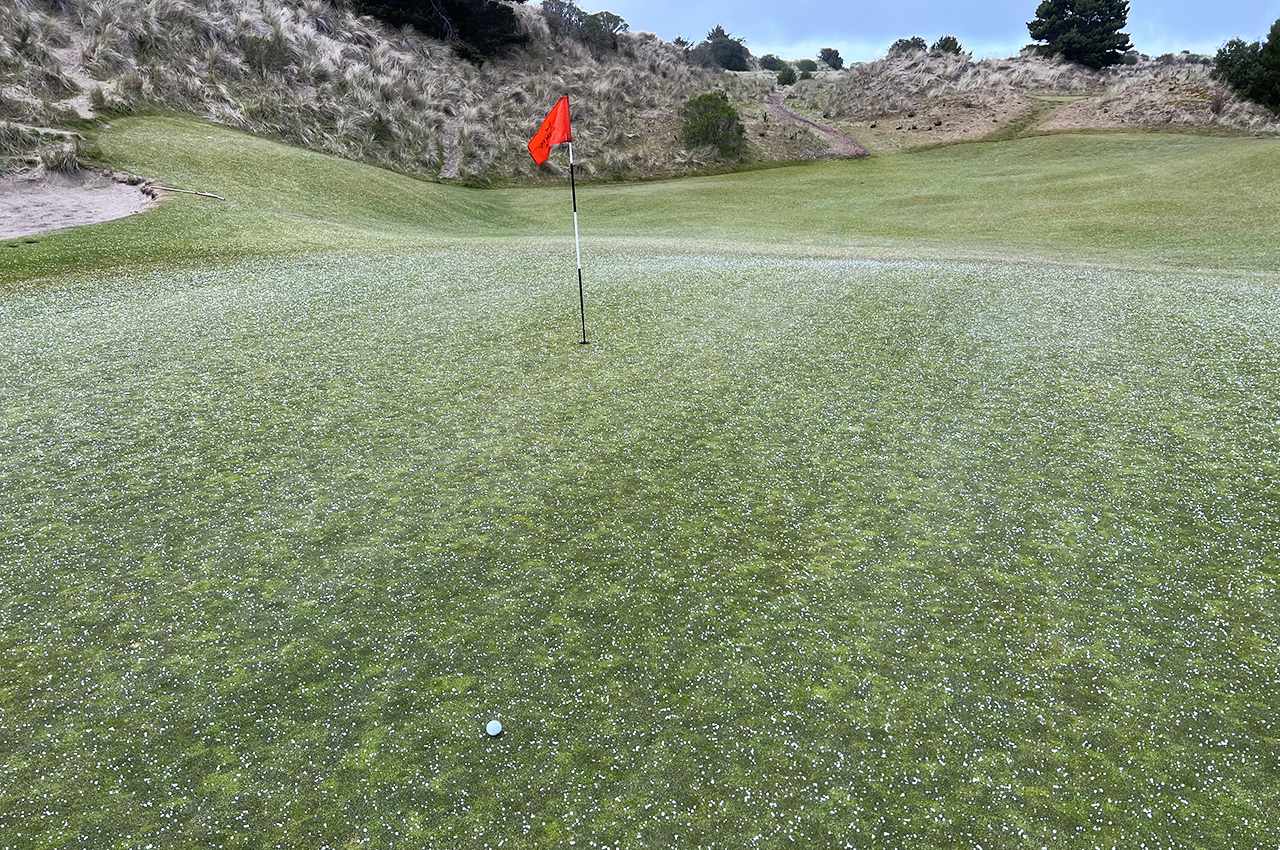 The second green at Bandon Trails is covered with hail as the author lines up his birdie putt on what turned out to be a perfect day at Bandon Dunes Golf Resort in Oregon. (Jason Lusk/Golfweek)

In April, I attended the media day for the 2022 U.S. Junior Amateur at Bandon Dunes Golf Resort in Oregon. The trip west included a perk: a round of golf with the then-defending champion Nick Dunlap on the resort’s Bandon Trails layout.

Bandon Dunes has become a mecca of American golf, not to be missed by anyone who loves the game. Each of the five full-size 18s at the resort rank among the best modern and public-access courses in the U.S., and while Pacific Dunes and several others rank slightly higher on the Golfweek’s Best lists than does Trails, the Bill Coore-Ben Crenshaw layout is the favorite of many, particularly among better players.

Something clicked that day for me, a short-hitting scratch golfer who somehow shoots 80 more often than 70. Playing the back tees, I made five birdies and shot 69 in the wind, cold and occasional hail. I didn’t want the day to end.

I tried to convince the rest of our group to keep going, but after soup in the Trails clubhouse, nobody wanted to join me that afternoon on Pacific Dunes for a bad-weather bonus round. So I did it alone, with almost no other groups on the course as the temperature started in the very low 40s and kept descending all the way to freezing.

Normally, I follow a great round with a dog of a second 18. Not so that day. Shot even-par 71 on Pacific Dunes from the back tees, driving one downwind par 4 (No. 6) and reaching two of the par 5s in two – rare for me these days. I didn’t have any observers, nobody to sign the card for me. But those three hours with Pac Dunes all to myself were as close to perfect as I can imagine any solo golf experience. As darkness fell on the 18th green, I recorded a short video for my wife, telling her that if my airplane went down the next day on my return home, not to worry for me, I was completely fine with whatever after one of the best days of golf in my life.

I used just one ball for the whole day. I travel a fair bit and can’t keep many souvenirs of all the courses I play, as they would just pile up too deep in my home office. But that ball from Bandon Trails and Pacific Dunes has earned a place of honor among all my keepsakes.

My year in golf travel: Big resorts, short munis and a competitive dream that lives on for 2023

Fri Dec 30 , 2022
Jason Kokrak plays his shot from the 11th tee during the first round of the Charles Schwab Challenge golf tournament. Mandatory Credit: Jim Cowsert-USA TODAY Sports Jason Kokrak’s final shot of the 2022 Travelers Championship was a doozy, and it led to a most unusual disqualification from the tournament. Having […] 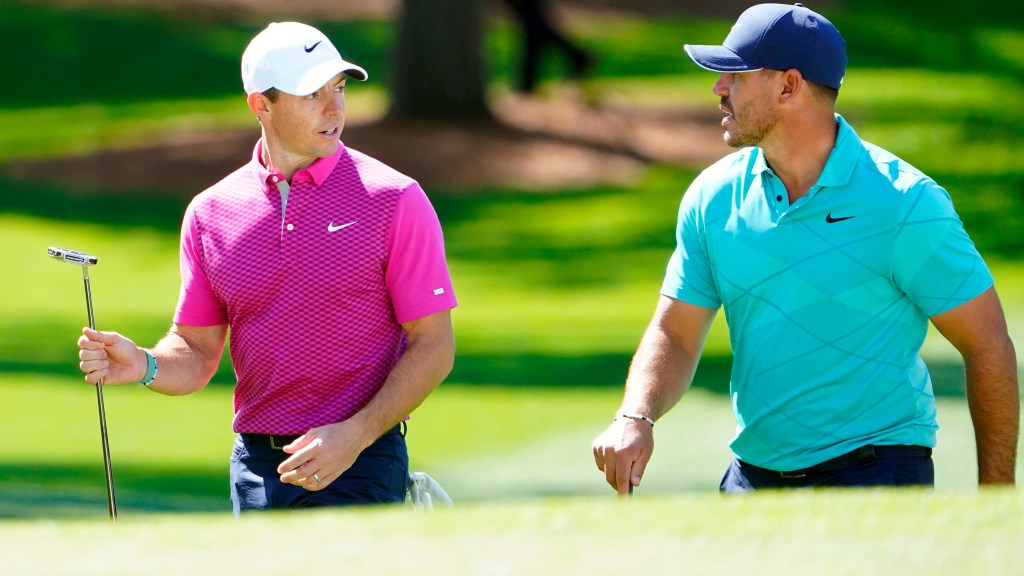