A LAPD helocopter flies near the LA Convention Center during the first day of the Ninth Americas Summit in Los Angeles, U.S., June 6, 2022. REUTERS/Daniel Becerril

WASHINGTON, June 6 (Reuters) – President Joe Biden will announce this week at the Summit of the Americas an economic partnership for the Western hemisphere focusing on promoting economic recovery by building on existing trade agreements, U.S. administration officials said on Monday.

“The overall objective is to build our economies from the bottom up and middle out by building on the foundation established by our free trade agreements with the region to better address inequality and lack of economic opportunity,” a senior administration official told reporters in a call.

The plan would aim to offer an alternative in a region where China has been expanding its sphere of influence. It was unclear, however, how many countries in economically troubled Latin America would buy into such an arrangement.

The United States is hosting the Summit of the Americas in Los Angeles, a gathering where Biden aims to address regional migration and economic challenges. On Monday, the White House said it was not inviting Cuba, Venezuela and Nicaragua, prompting Mexico’s president to skip the event.

The summit is being convened in the United States for the first time since the first such gathering in Miami in 1994, as Biden seeks to reassert U.S. leadership and counter China’s growing clout. He is due to formally open the summit on Wednesday.

Biden will put forward “an ambitious reform” of the Inter-American Development Bank (IDB), the official said, adding that the United States would also seek an equity stake at the bank’s private sector lending arm to support the deployment of private capital.

“Because the private sector has a central role to play,” the official said.

Eric Farnsworth, vice president of the Council of the Americas think tank, told a Senate subcommittee last week that the Biden administration should push for a regional trade initiative similar to the one for the Indo-Pacific that Biden announced during his Asia tour in May.

But the idea of creating a hemisphere-wide trade bloc has never gotten off the ground, partly because of protectionism sentiment among U.S. labor unions and some lawmakers.

Grand Hyatt Cancun Beach Resort is going to open in 2024

Wed Jun 8 , 2022
Published on : Monday, June 6, 2022 Hyatt Hotels Corporation announced today the plans for Grand Hyatt Cancún Beach Resort. This is a new-build resort in Quintana Roo, Mexico. This luxurious property is planned to built in collaboration with ownership group Diestra Realty, S.A. de C.V.  It is planning to […] 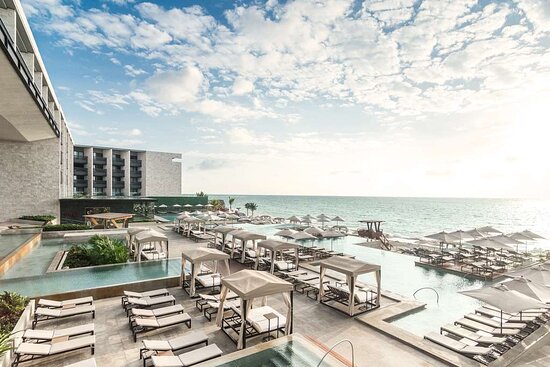