While we may always want some comfort and luxury when traveling to our favorite vacation destinations, money is oftentimes never just enough. Of course, we may argue that we should probably just make do with what’s available and only travel to vacation destinations we can comfortably afford. But the truth is that we’ll be missing out on some of the best scenes and spots that richly dot our amazing planet. And the Bahamas, famous for the many exciting things to do, is one such vacation destination.

With simple tips and hacks, one can actually be surprised at what she can do with the little she has. And these money-saving tips are particularly crucial for a destination like the Bahamas—which is known to be expensive—and where $100 may not take one far. In this article, we reveal 10 tips for flying cheap to the Bahamas. Those considering vacationing in the Bahamas might think of having pen and paper.

Yes, a long time ago, one could get a fantastic deal on a flight ticket by showing up at the airport minutes before departure. However, times have changed. Today, some of the best flight deals will be on those who book flights days and weeks in advance. According to Hopper, the online travel agency that collects 25 to 30 billion airfare price quotes every day from internet searches, budget travelers should book their flights at least 25 days in advance but not more than five months out.

No, this is not a myth as some may be tempted to believe. And it’s not because airlines are kinder or more philanthropic on Tuesdays or Wednesdays. For those who know a thing about economics, it’s just the balance between demand and supply. The truth is that many people go to work on weekdays—with weekends as the typical off-days for some rest or travel. Therefore, weekday flight demand will often dip, forcing prices to follow suit.

8/10 Get Separate Tickets Booked Together

This may be a little confusing. But for those who’ve used Google Flights, it’s a common phrase when doing flight searches. If one filters flight searches on Google Flights according to price, the cheapest flight deals usually come on top—accompanied by a tagline or caption that reads “Separate tickets booked together.” This just means buying a ticket to the Bahamas on one airline and a return ticket to the United States on another airline. Evidently, this is cheaper than booking roundtrips.

Related:Here’s Everything You Shouldn’t Be Doing In The Bahamas

For vacationers, the Bahamas is not just a single destination. Instead, there are quite a number of options one may want to consider to save on flight expenses. There’s Nassau, Bimini, Abaco, Eleuthera, Andros, and Exuma, to mention but a few. While Nassau is famous as the capital city and usually cheaper to fly to, one may still want to consider other travel destinations in the Bahamas.

6/10 Shop For One Passenger At A Time

This applies to those who’ll be traveling to the Bahamas with family or friends. The flight searches are designed to return the best price for the airline when doing group searches. For instance, suppose there are $400, $500, and $550 tickets; one may end up paying $1,650 for a group of three (550*3)—and not $1,450.

According to several air travel sites such as Momondo, Orbitz, and FareCompare, January is the cheapest month to fly from Florida to the Bahamas—particularly Nassau. According to Momondo, for instance, the average ticket price in January is $278. On the flip side, a flight trip to the Bahamas between August and September may set one back by about $509.

3/10 Use Google Flights To Search For The Cheapest Flights

There are several flight search platforms on the internet. Actually, they are so many that one can easily get confused about which to use—or which to rely on. Here’s an important tip: Google Flights is just the most reliable, objective, and accurate platform out there. Of course, Online Travel Agencies such as KAYAK, Orbitz, Momondo, and Expedia can help one grab some unbelievable deals. However, even if they are worth checking out, it’s always crucial that Google Flights be a significant part of one’s flight search platforms.

The thing with traveling light is that one will not have to part with wards of dollars in the name of baggage fees. This is especially possible and advisable for solo travelers. But for those with family, it may be difficult because of practical necessities. Still, there are airlines that charge low costs for baggage. A fine example is Southwest Airlines.

Most cheap flights take off from large airports. However, it may be that one’s place of residence is quite a distance from the nearest large airport. While one can still book a flight from his town of residence, it might be significantly cheaper to book two flights. The first is to reach the nearest hub—while the second will be the main flight to the Bahamas.

Why You Should Fly To Cancun For Your Next Golf Trip

Mon Oct 31 , 2022
Share The Article Last Updated 1 day ago The year-round mild temperatures and abundant sunshine in Cancun make it a great beach vacation destination, but they are also great reasons to fly to Cancun for your next golf trip too.  With approximately 240 days of sunshine every year and an […] 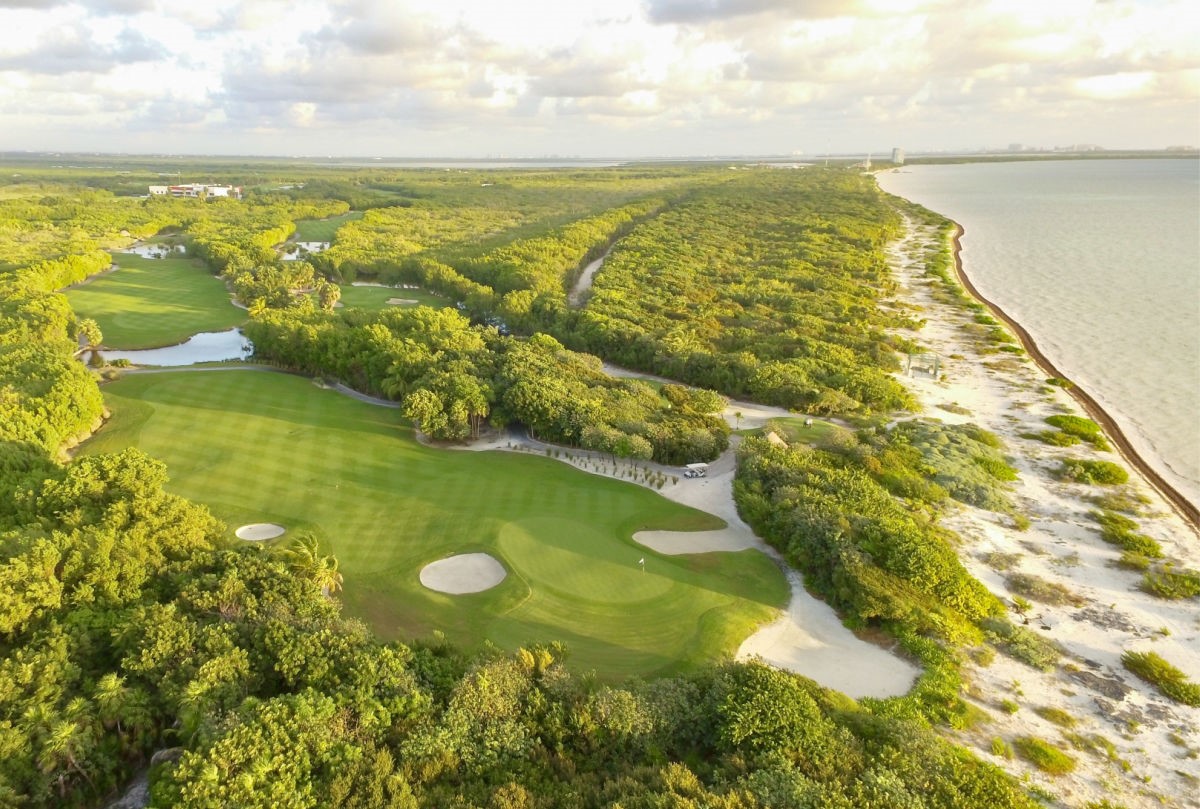